Young And The Restless Last Week In Review: Adam A Chip Off The Old Block – Chelsea Finds Out Chloe Is Alive 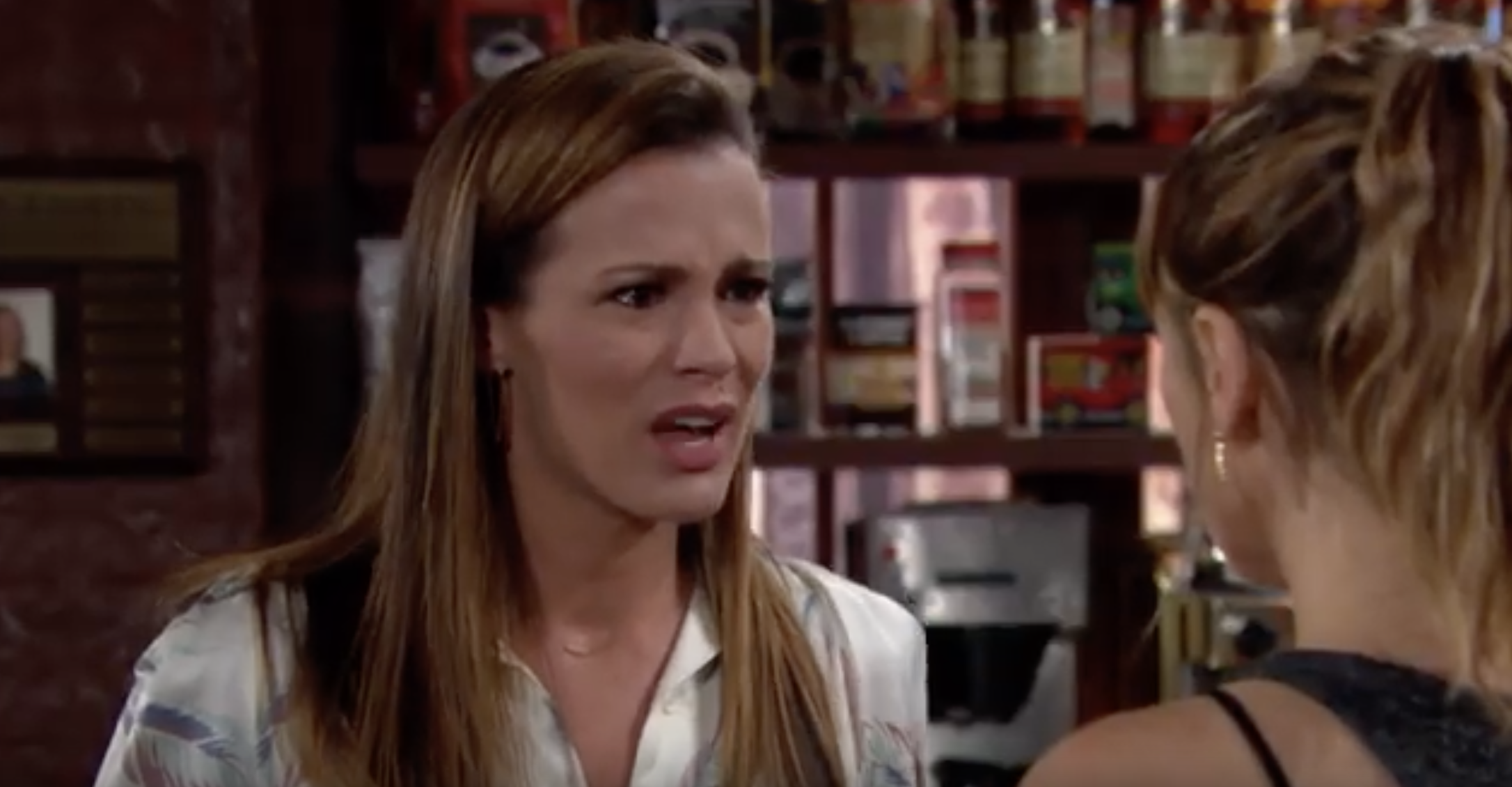 After putting together the entire Grand Phoenix deal, Y&R viewers know that Abby Newman (Melissa Ordway) and Chelsea double-crossed Phyllis. The pair showed up at the hotel last week and marvelled at its general splendor.

They were rudely interrupted, however, by Phyllis, who was angry and cawed like a crow in the lobby. Just as she promised she’d take them both down a peg, Theo Vanderway (Tyler Johnson) and Zoe Hardisty (Anna Grace Barlow) showed up and Phyllis found out Theo was working with the double-crossers.

As if things couldn’t get any worse, Summer Newman (Hunter King) arrived and Phyllis found out she too would be helping with the Grand Phoenix Launch.

Y&R viewers would think after Adam’s second return from the dead, nothing would surprise Chelsea anymore, but they’d be wrong. And so, Chelsea was shocked when she ran into Chloe and Kevin Fisher (Greg Rikaart) at Y&R’s Crimson Lights.

She blasted Chloe for ruining her life when she blew up the cabin with Adam inside. But really, if it upset her so much, why hasn’t she reunited with Adam and is instead focusing her attention on Nick Newman (Joshua Morrow)? Many Y&R viewers believe there’s more to Chick than meets the eye and that Chelsea is conning Nick somehow.

Finally, having been saved by Chloe from certain death after nearly being run over by Billy, Adam was had no idea who did it and was determined to find the culprit. And thanks to Phyllis, he started to believe it was his own father Victor Newman (Eric Braeden) who’d hired someone to do the deed.

An arrogant Adam showed up at the Newman ranch and Victor was outraged by his accusation. Victor’s accusatory tone towards Adam and his innocent act lately is getting old. Long-time viewers haven’t forgotten some of the dirty deeds Victor has committed. A notable one was when he held his first wife’s lover Michael Scott (Nicholas Benedict) prisoner in the bomb shelter under his house for months. It seems like Adam is a chip off the old block!

Did you think Adam will figure out it was Billy who tried to kill him on Y&R? And do you think Chelsea will ever forgive Chloe?