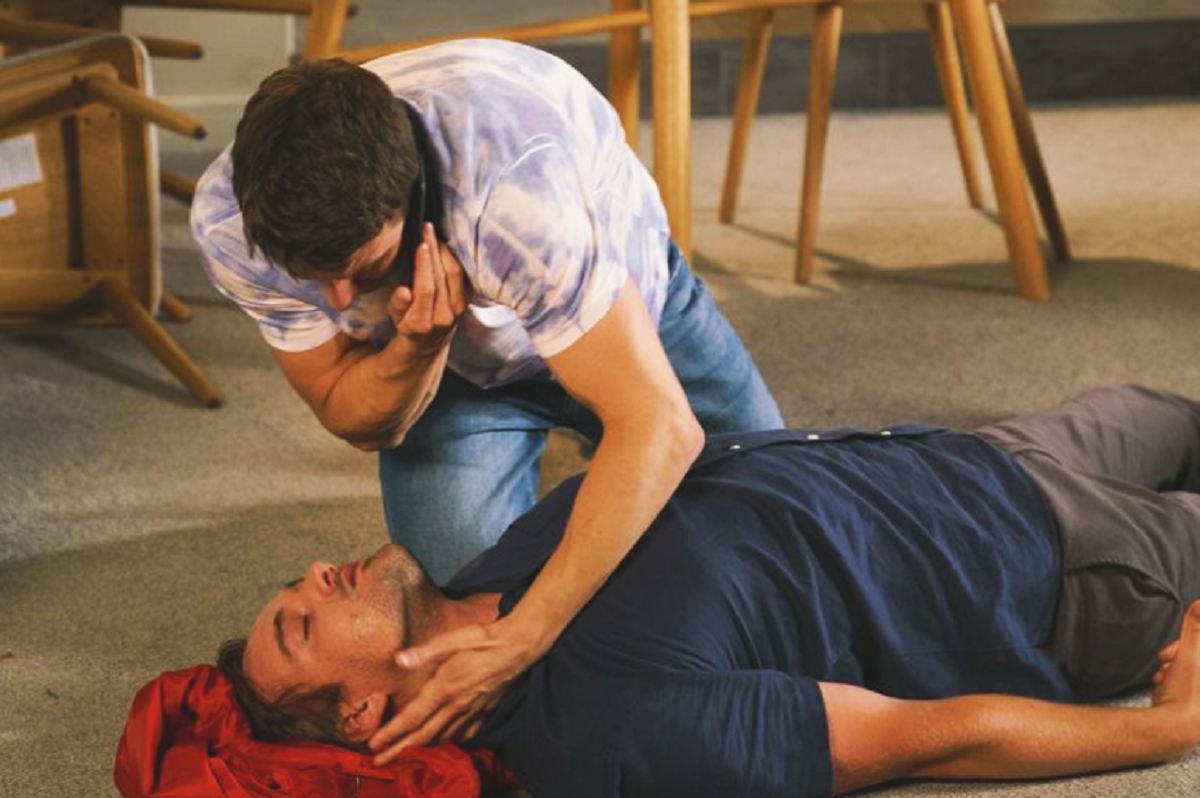 Next week on Coronation Street, Ali Neeson (James Burrows) will admit to a shocked Ryan Connor (Ryan Prescott) that he is addicted to diazepam. He asks him for his help and Ryan brings in Robert Preston (Tristan Gemmill), who promises to help him overcome his addiction. Ryan and Robert support Ali as he goes cold turkey, but will he manage to get through it?

Ali has been through a lot in the past year. However, it was revealed that he didn’t cope well as he turned to diazepam instead of dealing with his personal issues.

In the show’s upcoming episodes, viewers will see his girlfriend Maria Connor (Samia Longchambon) start to worry that there’s something wrong with Ali. She thinks he’s working too hard, so she decides to drop by the hospital and bring him lunch.

However, Maria finds a distracted Ali, whose focus is on his dealer at the hospital, who’s being hauled away by the police. With his supplier gone, Ali needs to find another source for his pills.

He turns to Dr. Gaddas (Christine Mackie) but the doctor immediately suspects that he’s become addicted to diazepam. She refuses to give him a prescription and suggests that he should seek the help he needs.

He tries to take Carla Connor’s (Alison King) but fails miserably. With no pills at hand, Ali starts to sweat, shake, and then goes into a seizure. Ryan sees everything and immediately calls for help. When Ali comes to, he sends the paramedics away and tells Ryan about his drug addiction.

Coronation Street has been hinting a big storyline for Ali and it seems that this is it. Viewers may recall that Ali stole prescription drugs last year as he struggled with his guilt after he killed Ronan Truman (Colin Tierney). So, there’s a precedent to his current drug addiction storyline.

Plus, Mikey North, who portrays the role of Gary Windass, hinted that: “James Burrows has a big storyline coming up that I’m looking forward to seeing. I think he’s going to smash it.”

With Burrow’s acting skills, he’ll surely ace this story that viewer’s across the globe can relate to. Keep up with Hollywood Hiccups for all the latest news right here!