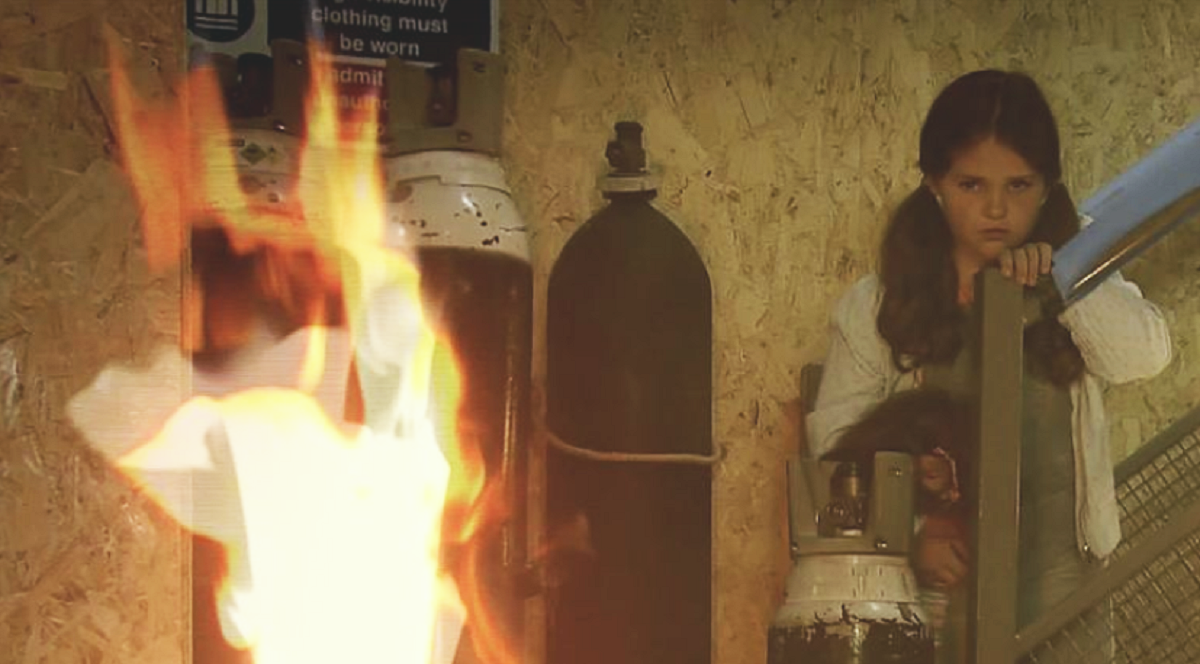 She’s only been back for a hot minute, but it looks like trouble make Hope Stape (Amelia Flanagan) is at it again. And this time around she’s ready to set the town on fire!

Coronation Street spoilers tease that Fiz Stape’s (Jennie McAlpine) daughter is back on the cobbles and yes, things have only gotten worse with her. Here’s what you need to know.

As many fans know, Fiz Stape decided to leave Weatherfield for Birmingham, where Hope attended a specialist school for her behavioral issues.

Apparently, it wasn’t enough. That’s because the young girl is back at home and wreaking havoc once again. What has she done this time?

In a new Coronation Street episode, little Hope snuck into Underworld where she pulled out a lighter that she hid in her doll’s head and set fire to a few materials.

Little did she realize that she would end up trapping herself inside of the blazing factory! This all went down while Fiz and her partner Tyrone Dobbs (Alan Halsall) were arguing back at home. Thankfully Hope managed to escape but her problems were far from over. That’s because when the Weatherfield police questioned her about how the fire started, she put the blame on two men who she claimed fled the scene.

Of course, this little lie has done nothing but cause even more friction between Fiz and Tyrone. That’s because Fiz believes that her daughter is telling the truth while Tyrone – knowing all too well how this little girl operates – doesn’t believe her one bit!

"I think she did it. I think she set the fire!"#Tyrone #Hope #Evelyn #Fiz #Fire #Corrie pic.twitter.com/bWKF18Oy22

Coronation Street spoilers tease that Fiz is going to have one episode after another with her daughter. Seeing how she doesn’t have many options with Hope, Fiz decides to homeschool Hope in order to keep things under control.

But it’s not until Tyrone Dobbs realizes that Fiz might be hiding something about Hope after he overhears her making a private phone call. What is it that she is trying to hide? Needless to say, fans will have to tune in to find out what will happen next!