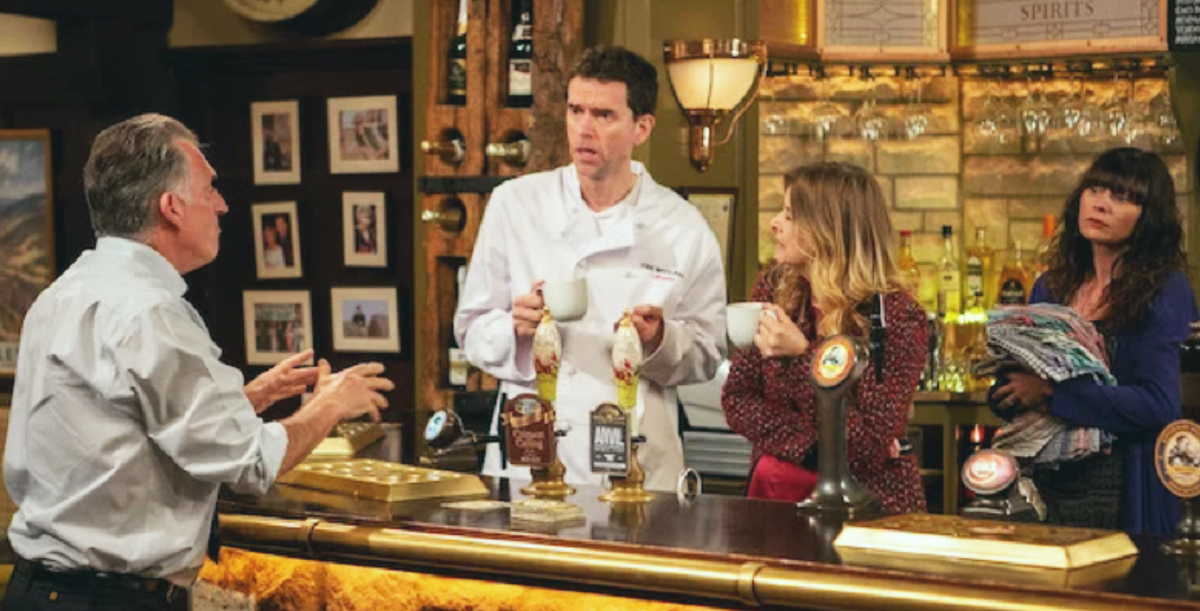 Viewers may recall that the iconic pub, The Woolpack, hasn’t been featured on the show after Charity Dingle (Emma Atkins) was forced to shut it down. Emmerdale revealed that there’s more to it, and fans were right to suspect that there was something going on behind the scenes.

In an exclusive interview with Digital Spy, an Emmerdale spokesperson said, “Yes, there is a behind-the-scenes reason why The Woolpack is shut, beyond the on-screen doings of our characters.

“We are investing in our infrastructure in Leeds and updating our studio lighting to new LED lights, which use far less electricity in line with ITV’s carbon reduction policy and helping make Emmerdale one of the most sustainable dramas in the UK.”

Emmerdale Spoilers – Dry Rot Had Been Discovered Inside The Pub

“But it means we have had to temporarily move The Woolpack out of the studio and force our locals to drink in the pub garden and latterly in the village hall,” the spokesperson continued. “Don’t worry, they’ll all be back inside the cozy Woolpack in time for the cold weather.”

Viewers may recall that The Woolpack had to shut down after dry rot was discovered. Charity, Chas Dingle (Lucy Pargeter), and Bear Wolf (Joshua Richards) had no choice but to move out of the pub while it is being restored.

Fortunately, Harriet Finch (Katherine Dow Blyton) suggested that they set up a pop-up version of the pub at the Village Hall until the restoration is finished.

However, Harriet’s license to run the village hall could be at risk if word got out that someone was smoking pot within the vicinity. Doug Potts (Duncan Preston) was smoking pot behind the community center to help ease his back pain.

He threw out the joint when he saw Dawn Taylor appeared and said that he was “just having a moment to myself.” Harriet found the joint later on and became concerned about losing her license if others knew that about it.

NEXT WEEK’S SPOILER PICS ARE UP!

Doug has been smoking pot ever since he discovered Gerry Roberts’ (Shaun Thomas) homegrown plant. Will Harriet lose her license because of Doug? Or will Doug quit the habit before the village hall is shut down?