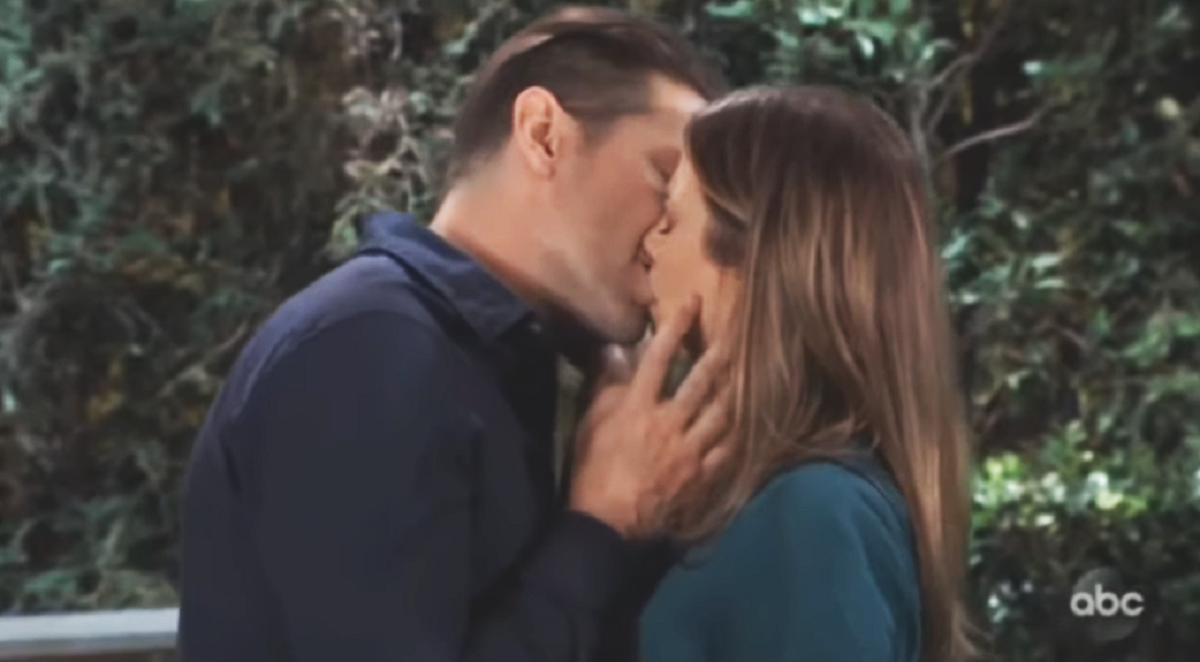 Jax meets Hayden Barnes (Rebecca Budig) who says finding the item they are looking for is taking too long. Hayden wants to bring Curtis Ashford (Donnell Turner) in on their investigation. Jax tells Hayden that Curtis is working for Valentin Cassadine (James Patrick Stuart). Jax tells Hayden that he is walking away from this project. Jax plans to leave and Hayden asks him to stay.

Curtis had previously told Jordan Ashford (Briana Nicole Henry) about Jax firing him. Jordan goes to the hospital and meets with Epiphany Johnson (Sonya Eddy). Hayden says there is another Cassadine will that changed the heir. Curtis agrees to help if Nina Reeves (Cynthia Watros) is included now. Jordan needs to see Curtis at GH ASAP. Andre Maddox (Anthony Montgomery) has arrived alone at the hospital and is unconscious.

"Drew" wants to know more about Kim's life with Oscar. Is Kim able to keep the lines between them from blurring?
An emotional, new #GH starts RIGHT NOW on ABC! @TamaraBraun pic.twitter.com/NiCiyMP7BR

General Hospital’s Josslyn Jacks (Eden McCoy) and Devon Corbin (Aston Arbab) are in the park. Dev wonders why Joss doesn’t search online. Joss quizzes Dev about his background. Cameron Webber and Trina Robinson join them. Trina and Cam are discussing school. Dev and Jocelyn leave to meet Jax for lunch. Jax and Jocelyn go to their table. Jax asks Joss to keep an eye on Carly. Trina wants Cam to help her get with Dev.

Mike Corbin (Max Gail) has Gladys Corbin (Bonnie Burroughs) at the Metrocourt for lunch. Gladys says she’s the grandmother. Gladys tells Carly that this was Mike’s idea. Carly talks about Sonny being all about family. Carly sends Sonny a text about Gladys. Carly tries to send Mike back to Turning Woods. Jocelyn and Dev arrive. Dev greats Gladys. Sonny joins Mike and Gladys at their table. Sonny excuses Dev from the table. Sonny makes it plain that Gladys better not try to renegotiate their deal. Carly wants to know if Gladys is under control. Carly doesn’t want Jocelyn to have to lie to Jax.

Sonny Corinthos (Maurice Benard) meets Olivia Quartermaine (Lisa LoCicero) at Charlie’s. Sonny is happy that Julian Jerome (William DeVry) is leaving town. Sonny wants to know if Olivia has talked to Robert Scorpio (Tristan Rogers). Sonny leaves to join Carly. Julian arrives and tells Olivia to do whatever she needs to get the deal closed. Julian agrees that if everything goes according to play, Kim will be happy.

General Hospital’s Franco Baldwin (Roger Howarth) tells Kim Nero (Tamara Braun) that he is leaving town. Franco wants to know a little more about Oscar Nero (Garren Stitt) before he leaves. Kim doesn’t want to do talk about Oscar with him. Franco didn’t want to leave Kim waiting for him. Franco talks about how hard it was to leave her. Franco tells Kim she made him rethink everything. Kim tells Franco she would do anything to take back not telling him about Oscar. Kim tells Franco how well she and Oscar always got along. Kim talks about painting characters on Oscar’s wall.

Oscar didn’t like them and changed the wall to blue. Franco would have loved to have been there for that. Kim says it was a disaster. Franco thanks Kim, he can see that in his mind. Kim tells Franco about Oscar’s headaches and how she came to Port Charles with him. Kim says she found the Quartermaine’s and they embraced both her and Oscar. Kim says right for loving him. Kim asks what happened to Franco in all those years. Franco invented an imaginary future for Kim. Franco says Kim has a husband and two kids. Kim says that was almost her life, she couldn’t because of him. Franco and Kim kiss.

Julian goes to GH looking for Kim. Liz Baldwin (Rebecca Herbst) thanks Cameron Webber (William Lipton) for taking the boys’ school shopping. Liz plans to help Franco come back to them. Julian talks to Liz who tells him that Kim has feelings for Franco.

General Hospital Fall Preview: Shiloh’s Not Done By A Long-Shot – Liz Desperate To Save Her Family

Julian thinks that Liz is overreacting. Julian says this is uncomfortable for Kim. Liz tells Julian she plans to restore Franco’s memories. Liz doesn’t believe Kim knows that. Julian thinks things will be easier when he and Kim more. Liz goes home and talks to Hayden about her plan with Scott Baldwin (Kin Shriner). Liz tells Hayden of her plans to have Franco committed. Hayden tells Liz that Franco will be furious with her.

It looks like some great episodes are coming up on ABC. Don’t forget to come back later for more General Hospital (GH) spoilers, news, and casting updates!