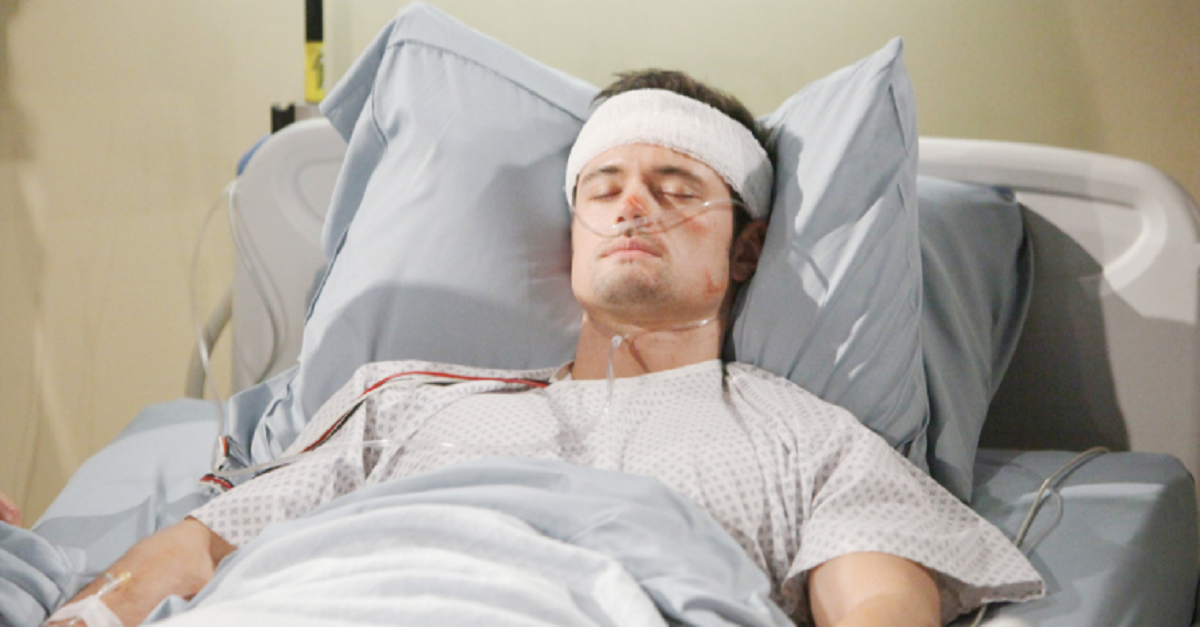 The Bold and the Beautiful (B&B) spoilers tease that Thomas Forrester (Matthew Atkinson) will remain the focal point while he’s in the coma and when he awakens, which apparently will be soon based upon current buzz. The drama between Bridge will swirl around him, while Lope remains close by and continues to reconcile.

Meanwhile, Steffy Forrester (Jacqueline MacInnes Wood) has purposely been left out of the scenes that involved Thope’s verbal tiff inside the cliff house and infamously, outside of it, along with the immediate indoor shots at the hospital. B&B fans got the point, Steffy’s plight is secondary.

How cruel it was of Thomas to allow his own sister to believe that Beth Spencer (Madeline Valdez and River Davidson) was dead. Because he withheld information about Lope’s child never having died, Steffy persisted in her perception that Phoebe Forrester was her adopted child.

Phoebe was named in honor of Steffy and Thomas’ dearly departed sister. Now, this name appears lost to history as a result of the mega reveal.

Sure, Steffy is a mother to Kelly Spencer (Zoe Pennington and Allison Marcia Sweeney). But the love she has for her own birth child is a separate issue as compared to the intensity of the pain Steffy has been forced to endure now that the so-called adoption of a girl she named Phoebe has been unmasked as a diabolical ruse.

In his mind, Thomas believed that he was doing good. Atkinson’s engaging character thought that Steffy and Liam Spencer (Scott Clifton) should be together with their children. Yes, Thomas saw Phoebe as Steffy and Liam’s other child.

This self-centered thought process allowed Thomas to have direct access to Hope Forrester (Annika Noelle), who he wanted as his wife. Having Hope also serves as Douglas Forrester’s (Henry Joseph Samiri) mother figure was another goal that Thomas reached, albeit temporarily.

Bold And The Beautiful Spoilers: What Is Bill And Brooke's New Alliance Leading To? @celebratesoaps https://t.co/UNLUrIGLWF

Many people will have plenty to say to Thomas when he recovers. The most important conversation will involve one with Detective Alex Sanchez (Jeremy Ray Valdez), because legal consequences would seem certain if an admission about Emma Barber’s (Nia Sioux) death is had, or evidence can conclusively prove that Thomas tailgated her off Mulholland Drive and then did nothing to help her after the crash.

On a personal basis, Thomas needs to explain himself to Steffy. He also needs to have a heart-to-heart with both of his parents.

Steffy, Ridge Forrester (Thorsten Kaye), and Taylor Hayes (Hunter Tylo) all care for Thomas. But the love they have for him must also be tough, so his mental health issues can be addressed.