The Bold And The Beautiful Spoilers: Wednesday, September 4 – Bill Confronts Thomas For Messing With The Spencers – Ridge Explodes At Flo 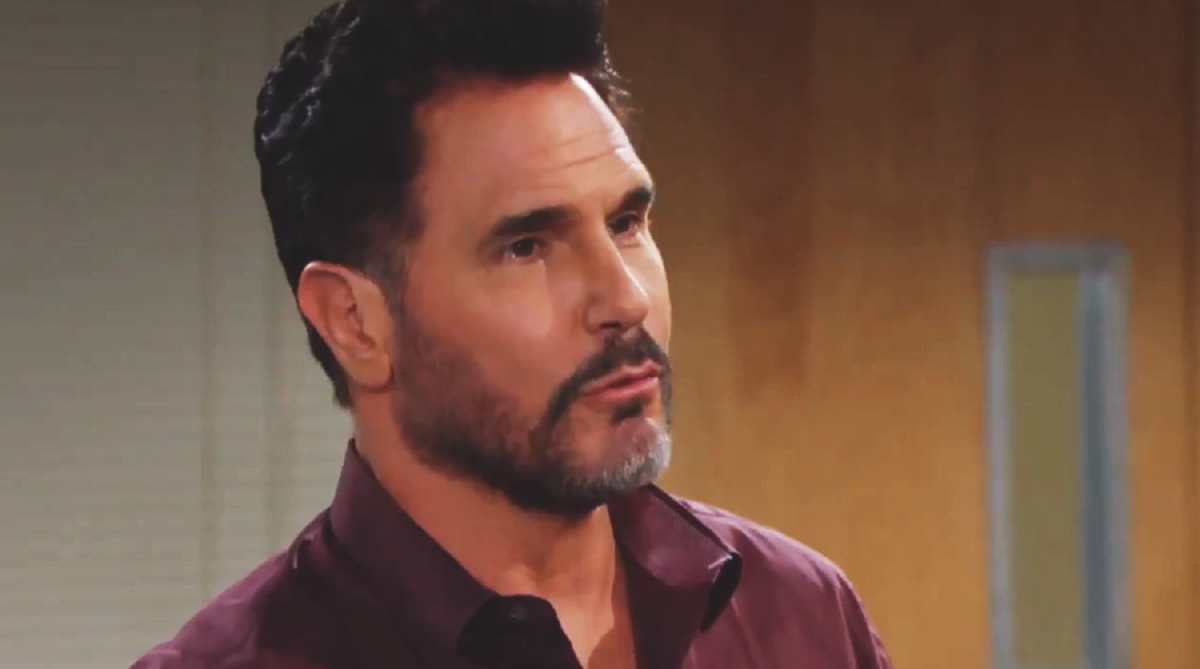 The Bold and the Beautiful (B&B) spoilers for Wednesday, September 4, tease that Bill Spencer (Don Diamont) will be in attack mode. As B&B viewers know, he’s just had a conversation with Brooke Forrester (Katherine Kelly Lang) about Thomas Forrester (Matthew Atkinson) and what happened on the side of the cliff at Steffy Forrester’s (Jacqueline MacInnes Wood) house. Brooke expressed her frustration about what Thomas did and about how she was just trying to get Thomas to leave Hope Logan (Annika Noelle) alone.

Bill understood completely, much unlike Ridge Forrester (Thorsten Kaye), who simply doesn’t see Brooke’s point of view. And Bill has also gotten himself all worked up about what Thomas did to Hope and Liam Spencer (Scott Clifton). Bill is outraged that Thomas knew that his granddaughter Beth Spencer (River Davidson and Madeline Valdez) was alive and kept the secret for months on end…and all for his own selfish gain.

On Wednesday’s episode of B&B, Bill will decide to pay a bedridden Thomas a visit. He’ll go to the hospital for a little chat with Thomas, with the goal being to put Thomas on notice that he’s going to pay for his actions one way or another. Thomas may not have done anything outright illegal by keeping the secret about Beth and subtly manipulating Hope into a marriage, but as far as Bill is concerned these are crimes against his family.

Bold And The Beautiful Spoilers – Emotions Run High At The Jailhouse

It will be interesting to see how the interaction between Bill and Thomas goes. Ever since Thomas has awakened from his coma, he’s been contrite and very apologetic for everything he did to Hope. Will Thomas be similarly apologetic to Bill, or will the more manipulative and vindictive Thomas resurface when Bill starts throwing threats around?

Meanwhile, on Wednesday’s new episode of B&B, Ridge will continue his tense conversation at the jail with Flo Fulton (Katrina Bowden). As B&B viewers know, Ridge made an impassioned speech to Flo outlining all of the ways that Flo hurt the people he loves, including Steffy. Ridge vowed to make Flo pay the price for what she’s done and for all the hearts she’s broken in the process.

And as B&B viewers know, Ridge is experiencing a lot of frustration right now. His son was pushed off of the cliff by Brooke – something he witnessed – and he likely thinks that Flo has some responsibility for that.

Bold And The Beautiful Spoilers – Ridge Forrester Continues To Get Angry

After all, if Flo had just come forward and told the truth when she first learned about what Reese Buckingham (Wayne Brady) had done, then Thomas, Hope, and Brooke never would have been out there on the cliff in the first place.

It appears that the longer Ridge stays and talks to Flo, the angrier he’s going to get. According to B&B spoilers, Ridge will end up exploding at Flo in anger and vowing that she will get what she deserves. But what else can Ridge possibly do to Flo, given that she’s in jail and will be prosecuted to the fullest extent of the law for her crimes? That remains to be seen, and it’s clear that Flo’s not ever going to be off the hook where Ridge is concerned.