The Young And The Restless Spoilers: Obsession With Adam Is Eating Billy Alive- Can He Overcome His Rage? 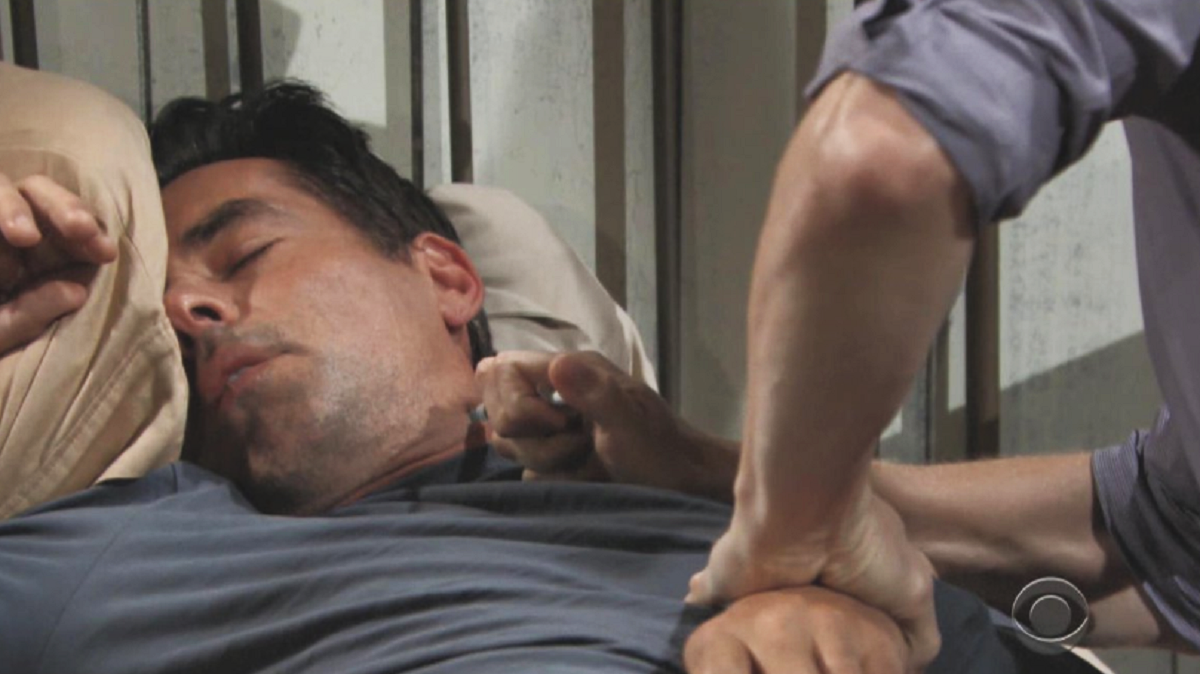 Billy Abbott (Jason Thompson) fell into an even deeper, darker state than he was in years ago on ‘The Young and the Restless. Unable to control his quest for revenge against Adam Newman (Mark Grossman), Billy arrives at the Chancellor boat house.

Thankfully, Chloe Mitchell (Elizabeth Hendrickson) and Kevin Fisher (Greg Rikaart) were able to get Billy to this outer setting and then take care of him after he attempted to run Adam down at the exact sport where Delia Abbott (Sophie Pollono) died in October 2013.

Nearly six years after the fact, Adam’s latest return from the dead story has Billy willingly playing the villain. Adam was the innocent party in this twisted revenge scenario that mercifully went wrong.

As Jill Abbott (Jess Walton), Victoria Newman (Amelia Heinle), and Billy’s siblings know, he is often his own worst enemy. Such is true as Genoa City, Wisconsin’s, summer yawns and the tease of fall is felt through cooler nighttime winds.

Billy did recently admit to Vickie what’s been happening to him, referencing insomnia and the sleep-driving. He also sought professional help, but only went to a therapist once.

Choosing to allow himself to sink into a depressed state, Billy almost lived the second worst night of his life. Delia’s cries were revealed as in his head, a subconscious scream related to the self-loathing Billy still feels for having left his daughter alone in the car on that fated night.

While all seem to eventually come out in GC, Adam thankfully doesn’t know who tried to run him down. He’s currently blaming Victor Newman (Eric Braeden), using that unknown miscalculation to play unholy games on the family.

Billy can be glad that Chloe was so persistent and arrived just in time to push Adam out of the way of the oncoming vehicle that was aimed at him on the infamous Route 7. In a bit of soapy magic, Adam didn’t see that Chloe served as his savior, hit his head after falling, and woke up shortly thereafter. No memory loss was suffered this time either.

At least Billy has time to amend his ways. But surely Adam, who possesses the same ability as his father to learn everything about everyone, will eventually know the truth. That could establish reprisal, though the Delia issue may enable him to give Billy a pass, even in an instance like this one.

Billy has actually become a stand-up guy within the last six months-plus. He’s not perfect, of course. But he’s surely been a better version of himself than Vickie has seen in years.

‘Villy’s’ recent ceremony at Society was important, as Vickie was sending a message to everyone in her world. She endorsed who Billy was now, while also looking hopefully to the future.

The Young And The Restless Spoilers: Billy Is In, For A Rude Awakening, Chloe Gives Him Tough Love #yr #youngandrestless #cbs #daytimetv

Vickie, Johnny Abbott (Ryan and Holden Hare), and Katie Abbott (Sienna Mercuri) have all been able to count on Billy. Their family has reformed and is solid. Because of that, Billy must break his Adam obsession, obtain whatever help he needs, and force himself to stay on course.