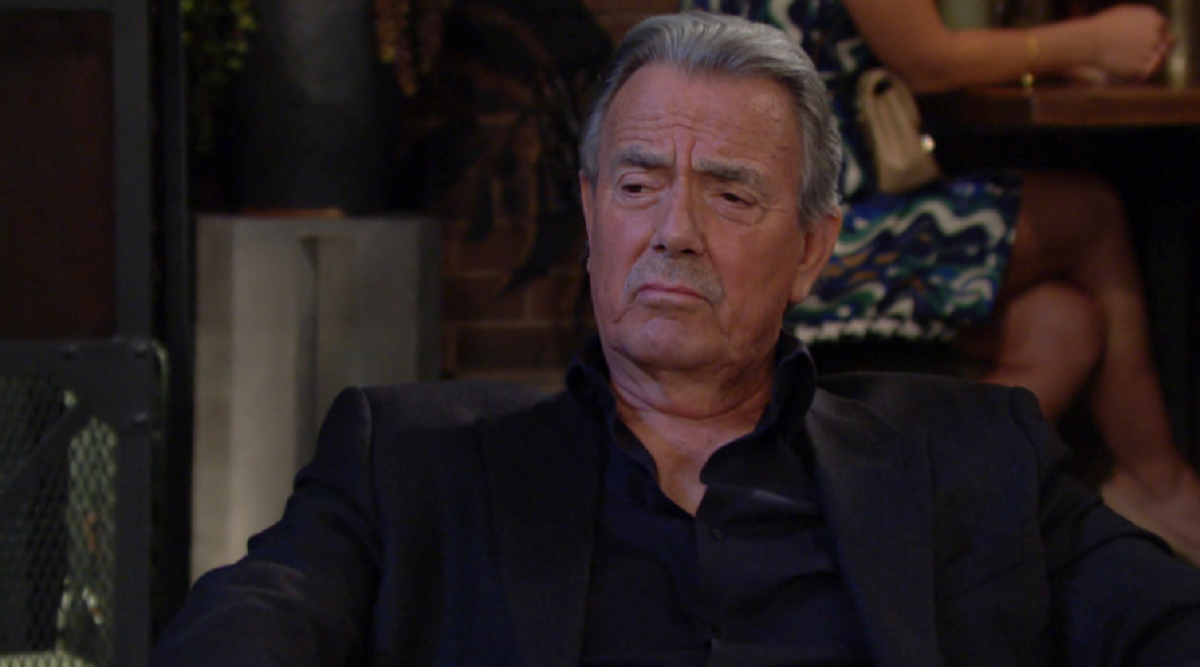 The Young and the Restless (Y&R) spoilers for Wednesday, September 4, tease that Victoria Newman (Amelia Heinle) will share her latest drama. At the ranch, Victoria talks to Victor Newman (Eric Braeden) and Nikki Newman (Melody Thomas Scott) about Billy Abbott’s (Jason Thompson) sudden rehab stint. She can’t find the facility Billy checked into, so Victor wonders if Billy really went to rehab at all.

The topic of Chloe Mitchell (Elizabeth Hendrickson) comes up, which leads to Victor’s speculation. He believes Chloe’s the one who shot Adam Newman (Mark Grossman), and Victoria agrees. She feels like Billy was covering for Chloe, so she continues to fret over being left out of the loop. Abby Newman (Melissa Ordway) and Nick Newman (Joshua Morrow) show up soon. That leads to a conversation about Adam, so Abby admits he claims he’s not targeting her.

Nikki mentions Adam’s recent visit to confront Victor. There are plenty of concerns swirling and Victor definitely thinks his son is plotting something. Abby tells Victor about Jack Abbott (Peter Bergman) leaving Genoa City for a while and handing over the reins to Kyle Abbott (Michael Mealor). She also offers a Grand Phoenix opening reminder to the Newmans before she leaves.

Victor enjoys hanging out with Christian Newman (Alex Wilson) and lets Nick know he’s happy for him. He’s glad Christian is back where he belongs, Nick shows his gratitude for Victor’s support. At Society, Adam puts a newspaper over Nate Hastings’ (Sean Dominic) tablet while they’re talking. He fishes for info on Victor’s health and learns Nate approves of the progress.

Once Nate steps aside for a phone call, Adam steals the tablet and plans to his it against his father. At the coffeehouse, Phyllis Summers (Michelle Stafford) notes that Summer Newman (Hunter King) should still be part of the Grand Phoenix opening. She doesn’t expect Summer to opt-out due to her conflict with Abby and Chelsea Newman (Melissa Claire Egan).

Phyllis suggests that Abby and Chelsea’s event will be a failure without any help. Summer and Phyllis are in agreement when it comes to Nick’s trust in Chelsea being misplaced. After Kyle sends Summer a message to meet up, she warns Phyllis not to get in any trouble and dashes off for her meeting.

Meanwhile, Kyle informs Traci Abbott (Beth Maitland) that Jack is taking a leave of absence and put him in charge. She’s taken aback, but she knows this is a big opportunity for Kyle. Traci’s certain Kyle will make his dad proud. Later, Jack reaches out and talks to Traci about needing to recharge for a bit. She understands and hopes Jack finds what he’s looking for. Jack hopes so as well, and viewers can see a Pine Forrest Inn and Spa brochure nearby.

Back with Adam, he has a dangerous proposal for Phyllis. Adam remains convinced Victor is the one who tried to run him over, so he’s hoping Phyllis will help him out. He wants Phyllis to hack into Nate’s tablet so they can get Victor’s medical records and mess with the dosages. Adam plans to make Victor’s side effects worse and get the family to rally around him. That’ll bring an opening to create more chaos.

Phyllis is unsure at first, but she eventually does what’s asked of her. Adam finds it impressive when Phyllis easily secures the files and erases Adam’s digital footprint. At Jabot, Summer gets updates on Kyle’s CEO status. She’s in disbelief at first, but she quickly wraps her head around it. They discuss how Lola Abbott (Sasha Calle) will feel about Kyle being Summer’s boss.

Kyle is optimistic about the situation and points out that they worked well together. They end up brainstorming ideas for a while, so Summer ditches her plans with Theo Vanderway (Tyler Johnson). Before Summer goes, Kyle wants to make sure they’re good. Summer insists they’re phenomenal and exits, but Kyle stays to soak in his CEO status in his new chair.

Over with Nate, he notices his tablet is missing during a chat with Abby. Nate wonders if Abby thinks Adam could’ve swiped it. “The Young and the Restless” spoilers say another great episode’s coming up. We’ll keep you posted as other Y&R details and rumors emerge. Stay tuned to see what’s ahead on the CBS soap.