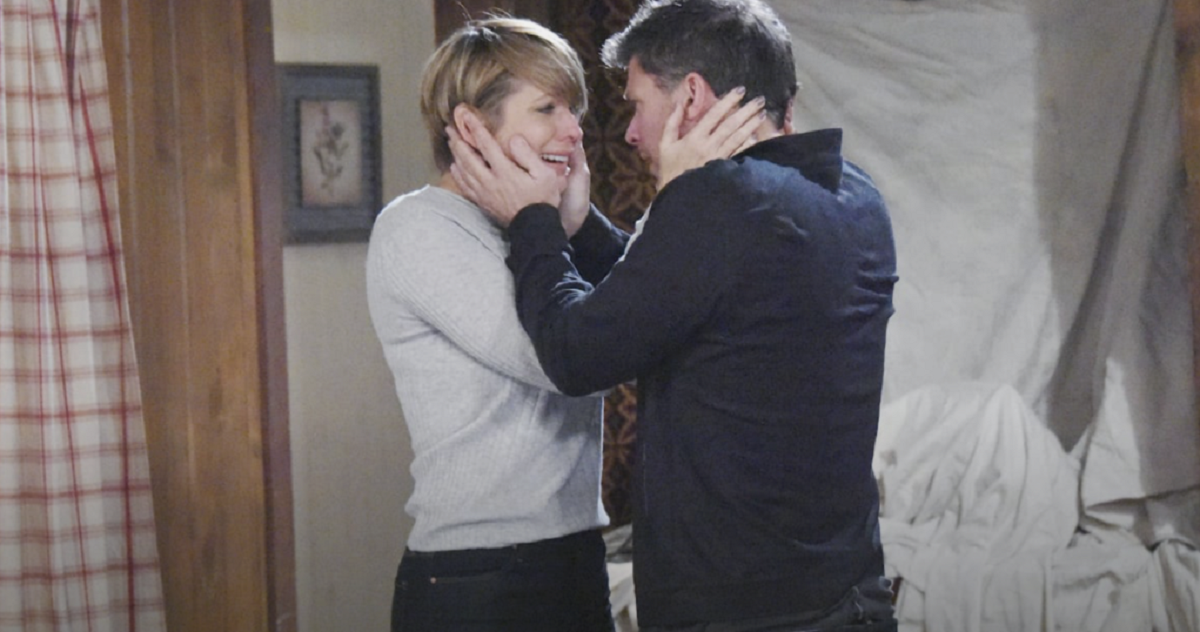 Days of Our Lives spoilers for Thursday, September 5, tease that Eric Brady (Greg Vaughan) will get the lead he’s looking for. Thanks to some info on the guard’s phone, Eric will be able to follow the clues and track down his love. He’ll finally reunite with Nicole Walker (Arianne Zucker), so DOOL fans won’t want to miss this long-awaited moment.

After some heartfelt “Ericole” scenes, Eric will reunite with Holly Jonas (Harlow and Scarlett Mallory) as well. There’ll be a lot of love in the farmhouse where Nicole and Holly are staying, but there’ll be total panic back in Salem. That’s because Sarah Horton (Linsey Godfrey) will realize she’s pregnant!

Days of Our Lives spoilers say Sarah will ultimately confirm her worst fears with a pregnancy test. She’ll be overwhelmed as she ponders this baby’s paternity and considers her next move.

Days of Our Lives Spoilers: Gabi’s Horrifying Choice Results In Murder Or Worse

Over with Vivian Alamain (Robin Strasser), she’ll head back to town and enjoy a long-awaited reunion with Stefan DiMera (Brandon Barash). Vivian will be thrilled to see her son again, but conflict’s just around the corner.

Vivian will be determined to get revenge on Kate Roberts (Lauren Koslow), but her plan will be a risky one. Stefan’s sure to be concerned about what Vivian has in store.

Victor will want Ben out of Ciara Brady’s (Victoria Konefal) life, and he’ll be tired of waiting on a breakup. Since Ciara’s madly in love, Victor will think he needs to take action right away.

Days spoilers say Victor will plan to rid Ciara of Ben immediately, so he’ll push Xander to make it happen. Ben will be in grave danger due to Victor’s lethal wishes, which means major drama’s brewing!

It sounds like things are heating up on the NBC soap. Several storylines are set to take shocking turns, so stay tuned. We’ll give you updates as other Days news and rumors emerge. Stick with DOOL and don’t forget to check back often for the latest Days of Our Lives spoilers, rumors, updates, and news.