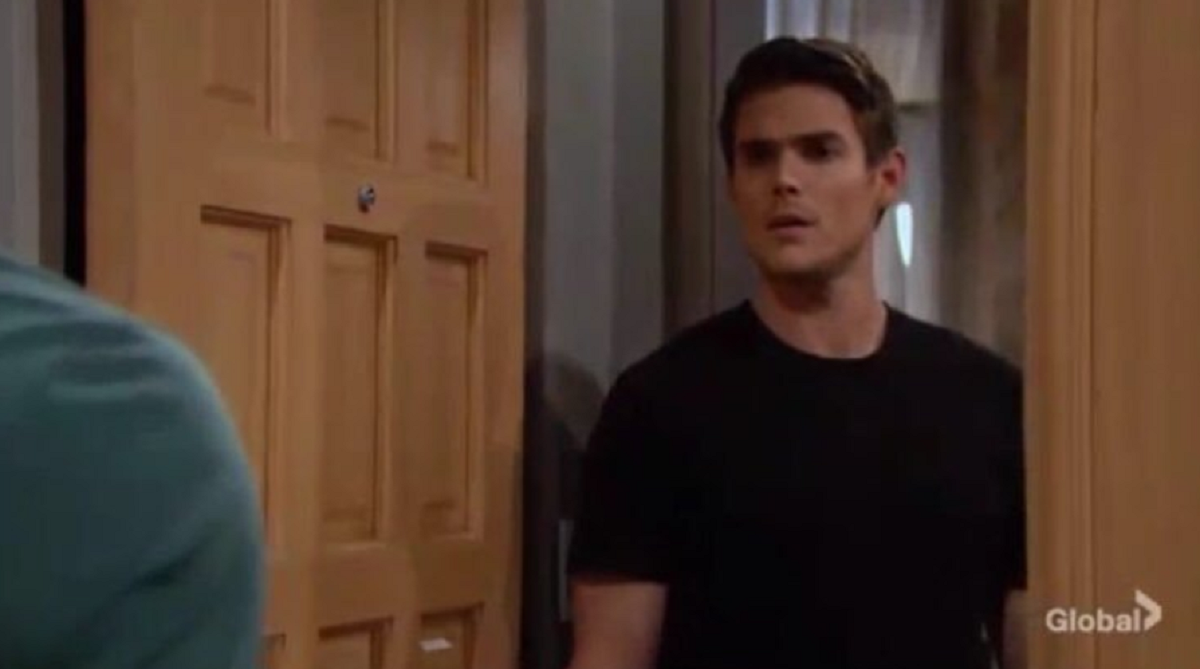 The Young and the Restless (Y&R) spoilers for Thursday, September 5, tease that Billy Abbott (Jason Thompson) is in for a shock. At the Chancellor boathouse, Chloe Mitchell (Elizabeth Hendrickson) reveals that Billy tried to kill Adam Newman (Mark Grossman). Billy doesn’t recall the murder plot or the crash at all. Chloe makes it clear that Billy needs help and she can provide it.

Afterward, Chloe meets up with Kevin Fisher (Greg Rikaart) at Crimson Lights. He’s concerned to hear about Billy’s memory gaps. Kevin is wary of letting Chloe handle this, but she insists it’s what’s best. At Adam’s penthouse, he gets a visit from a suspicious Nate Hastings (Sean Dominic). When confronted about the missing tablet, Adam acts like he knows nothing about it.

Nate searches the place and mentions that accessing medical info illegally is a serious crime. He could call the cops over this, but Adam isn’t worried. Nate just wants to be left out of Adam’s plot and argues Abby Newman (Melissa Ordway) shouldn’t get caught up in this either.

Once Connor Newman (Judah Mackey) is dropped off for a visit, Adam takes him to the park. They play baseball and continue to bond before Connor heads over to chat with some other kids. That gives Adam a chance to have a secret meeting.

The Young And The Restless Spoilers: Jules Aurora And Briana Cuoco Join The Y&R– Here’s The Details!

A woman delivers a three-month supply of Victor Newman’s (Eric Braeden) experimental drug along with a warning. Doubling the dosage will drastically worsen the side effects. Adam assures the woman that he understands before Connor rejoins him.

Back at the penthouse, Adam holds a prescription bottle and contends that Victor brought this on himself. Connor eventually asks if his dad is sick like Grandpa. Adam gives Connor a hug and promises Victor is invincible. At Jabot, Kyle Abbott (Michael Mealor) is pleased about his working relationship with Summer Newman (Hunter King). He takes a jab about Theo Vanderway (Tyler Johnson), so Summer reminds Kyle about boundaries.

After opting for a change of scenery, Kyle and Summer head to Society. That’s where Lola Abbott (Sasha Calle) and Abby are already discussing Kyle’s promotion and the plan to move. Theo does some eavesdropping just as Summer and Kyle show up. He summons Zoe Hardisty (Anna Grace Barlow) so he can fuel his feud with Kyle.

Kyle isn’t pleased by Zoe’s arrival and warns Theo is using her. However, Zoe is happy to be included and suggests Theo is jumpstarting her career. By the bar, Summer questions Theo about his lingering feud with Kyle. Theo claims he doesn’t want Kyle to lose his edge, but Summer thinks there’s more to it. She wonders if Theo intends to blow up Kyle and Lola’s marriage.

Theo counters that if “Kola” explodes, it’ll be because Kyle covered up the truth. He puts the blame on Kyle but admits they have great power. Nearby, Nate catches up with Abby and fills her in on Adam the tablet swiper. He’s more certain than ever that Adam was behind the theft.

Nate feels like Adam could use Victor’s medical files against him. Abby hopes that doesn’t happen, but she knows it’s best to prepare for the worst with Adam. Back with Kyle, he’s at Jabot when Lola arrives to see him. They discuss Theo, who’s getting on Kyle’s last nerve. Lola can’t wrap her head around this grudge and suggests Theo seems like a jealous ex-girlfriend, which scores a laugh from Kyle.

Lola thinks they should go home for a little celebration. In Theo’s hotel room, Summer joins him for some steamy fun of their own. The Young and the Restless spoilers say another action-packed episode’s ahead. We’ll give you updates as other Y&R news and rumors emerge. Stay tuned to see what’s next in Genoa City.