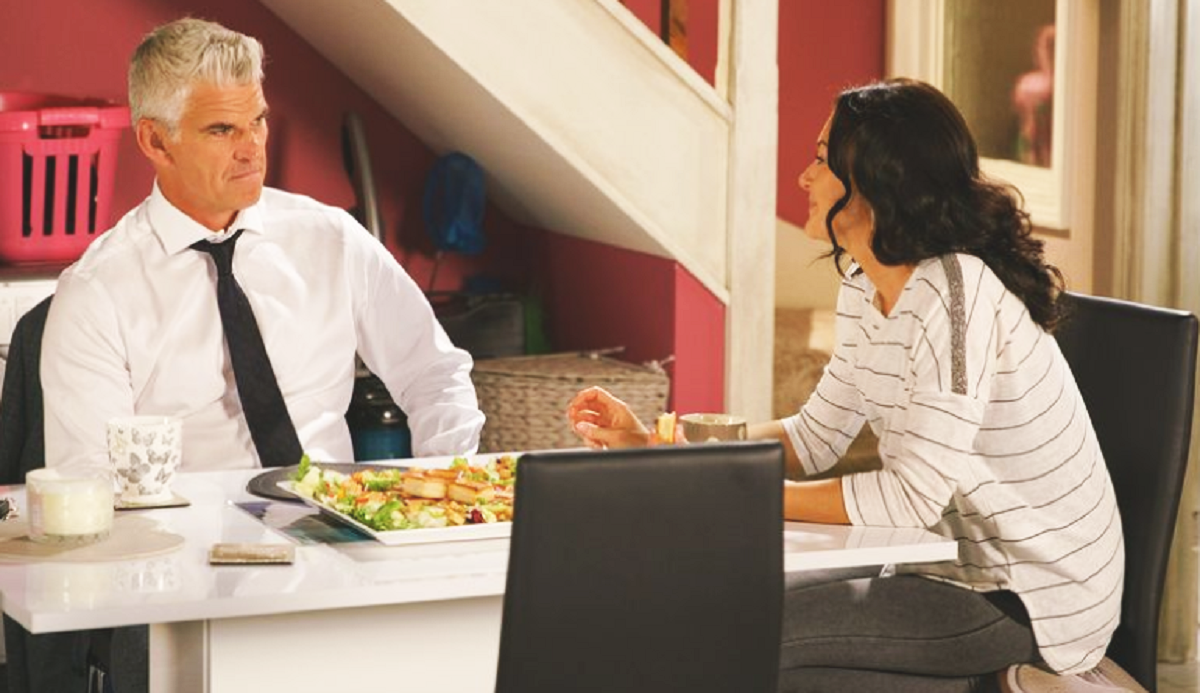 Coronation Street spoilers indicate that Robert Preston (Tristan Gemmill) is about to get his revenge on all of the people who have done him wrong. This, despite the fact that he has been two-timing two different women at the same time: Michelle Connor (Kym Marsh) and Vicky Jeffries (Kerri Quinn).

Robert has also been doing everything that he can to make sure Michelle and Vicky don’t find out about one another. Here’s what you need to know.

For weeks now, Corrie fans have been waiting for Robert Preston to be exposed for his twisted lies. And it seems as though the silver-haired chef is about to become rather careless as he makes an unforgivable move next week.

Coronation Street Spoilers – Michelle Connor Has Gone Behind His Back

It all begins when Robert finds out that Michelle has been going behind his back and accepting Ray’s (Mark Frost) deal to franchise the Bistro.

For the last several months Robert has been leading a double life, as he is engaged to Michelle but has also been with Vicky, who just happens to be carrying his baby.

Yet Robert will be none too pleased when he finds out Michelle has been carrying out orders behind his back. Talk about the hypocrisy, right? Even though Michelle will try to explain to Robert her future plans for the business, Robert is going to make an unforgivable move which might in turn blow up terribly in his face.

While Robert can certainly understand her ambitions for the Bistro, he still feels betrayed that she went and signed the contract without even discussing the opportunity with him.

If that weren’t enough, Robert will also feel rather betrayed when he finds out that he is no longer needed to cater Sinead Tinker (Katie McGlynn) and Daniel Osbourne’s (Rob Mallard) wedding ceremony. Talk about a double hit, right?

So how will Michelle react to Robert’s anger? Let’s just say that he might want to accept Vicky’s offer to sleep on her couch! Needless to say, fans will have to tune in to find out what will happen next! Keep up with Hollywood Hiccups for all the latest news right here!