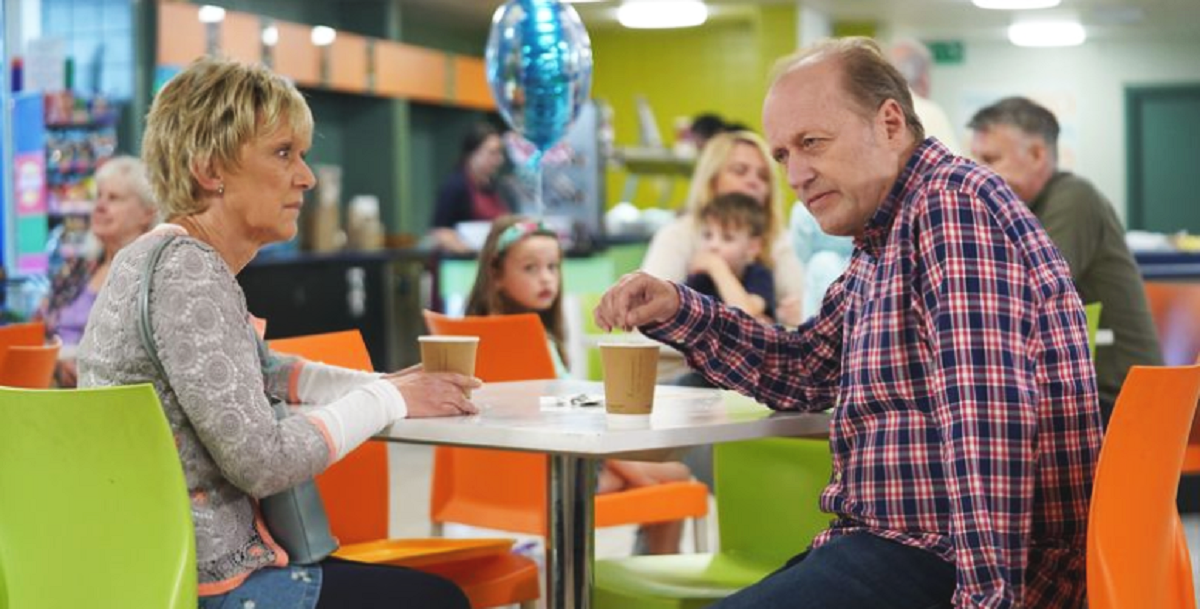 On “EastEnders,” Jean Slater (Gillian Wright) and Daniel Cook’s (Ade Edmondson) friendship is taking a turn for the better. They were off to a bad start, but Jean learned to get along with Daniel, who is also a cancer patient.

Jean has decided to lie to her family about her operation, telling them it was postponed. It was going to proceed, and she just doesn’t want them to fuss over it.

Daniel realizes Jean wasn’t being completely honest with her family, so he stays by her side to support her. However, Jean is quick to sense that Daniel is not his usual self, and so she asks him what’s wrong. Instead of answering her directly, Daniel dodges the question and finds a way to quickly leave.

Later, Kat Moon (Jesse Wallace) arrives to support Jean, telling her that she is not alone, “EastEnders” spoilers revealed.

After the operation, Jean is glad that Kat is able to get Stacey Fowler (Lacey Turner) on the phone. Jean is in pretty good mood, but everything will change when Daniel decides it’s time to open up to her.

Daniel reveals that his cancer has spread, which explains why doesn’t seem to be his usual self. “EastEnders” reveals that the news will break Jean’s heart. Jean still feels vulnerable, given that Stacey left Walford suddenly. How will she cope with the prospect of losing a dear friend?

In an emotional scene, Whitney added that she can’t let me continue to conceal his sexuality only to feel hurt deep inside. So it is better that they don’t get married. She said that he deserves better, and she deserves better too.

It started with a kiss. It ended like this… #EastEnders pic.twitter.com/FtVLpthgWo

When Callum asked what they are going to tell their guests, Whitney said they should tell the truth. However, “EastEnders” spoilers suggest that it may take a while before the truth is revealed. What will they tell their wedding guests about them calling it off? How long will Callum be able to keep his secret?