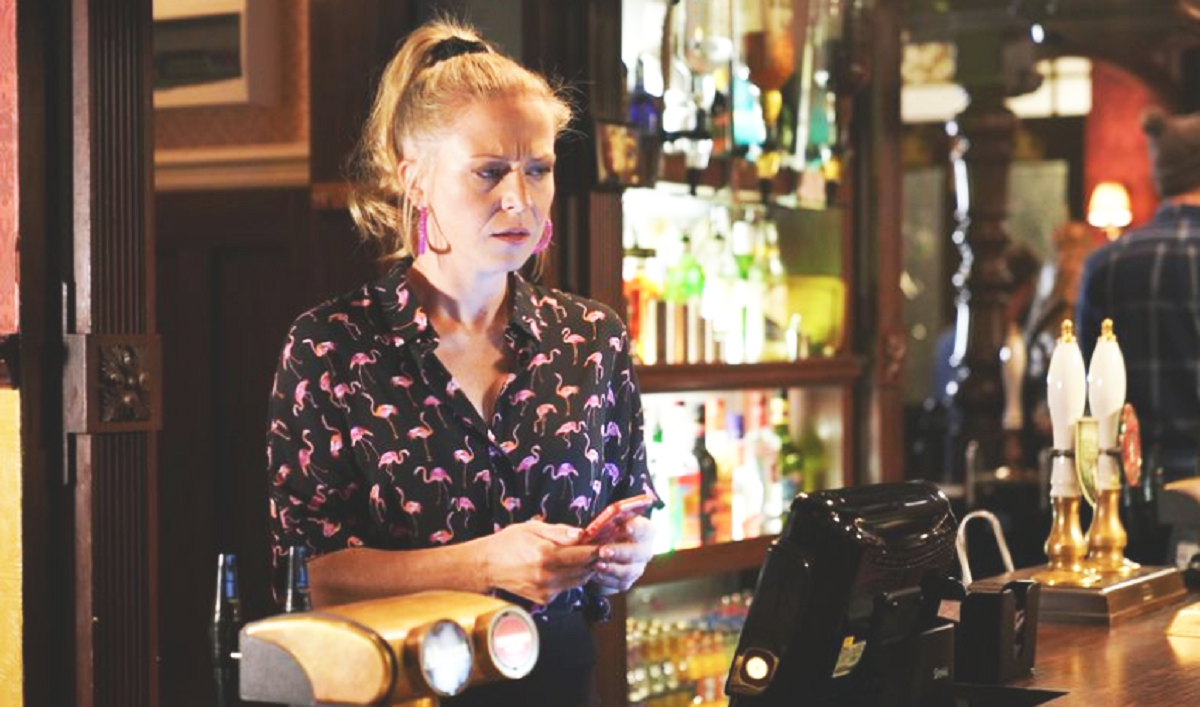 EastEnders is lining up a new alcoholism storyline for Linda Carter (Kellie Bright). It’s a story that many people can relate to and hopefully encourage those who are affected to seek the professional help, which they badly need.

Linda has been through a lot lately. First, she had to deal with the cancer scare and the shocking discovery that her husband, Mick Carter (Danny Dryer) has been having panic attacks. Viewers may recall that Mick seemed to be struggling with heart pains and several residents have seen him collapse a number of times.

A trip to the hospital revealed that he had panic attacks. Unfortunately, he chose not to tell Linda about it. However, the pressure of waiting for Linda’s smear test results and having to arrange Callum’s stag party gets to Mick. His panic attack strikes soon after turning up at The Vic.

Linda finds Mick lying on the floor. He started to calm down thanks to Stuart’s help and he apologized to Linda for not telling him about his panic attacks. Later on, Linda got her result and was given the all-clear.

The couple was also struggling with their son, Ollie’s autism assessment process. Back in June, Mick and Linda were informed that their son might have autism but further tests were needed to get a definitive diagnosis. “EastEnders” collaborated with one of the most renowned autism support groups in the world, the National Autistic Society, for this specific storyline.

Given all these problems, viewers will see Linda turn to alcohol in the upcoming scenes. At first, she drinks just to help her get through the day. However, her drinking habits will get worse and start to affect her and those around her.

EastEnders Spoilers – Descent Into Alcoholism Recognizable To Many

EastEnders executive producer Jon Sen said, “This autumn the Carters will face one of their biggest crises to date when Linda turns to alcohol to escape the increasing pressures of her family life.”

“Linda’s descent into alcoholism will be instantly recognizable to many – a journey that begins with a single drink to cope with the everyday ups and downs but quickly escalates to a point which wreaks devastation on their life and the lives of those around them,” he continued.

The show is working with Drinkaware, an advocacy group to make sure that the alcoholism storyline is delivered properly and with the utmost sensitivity.