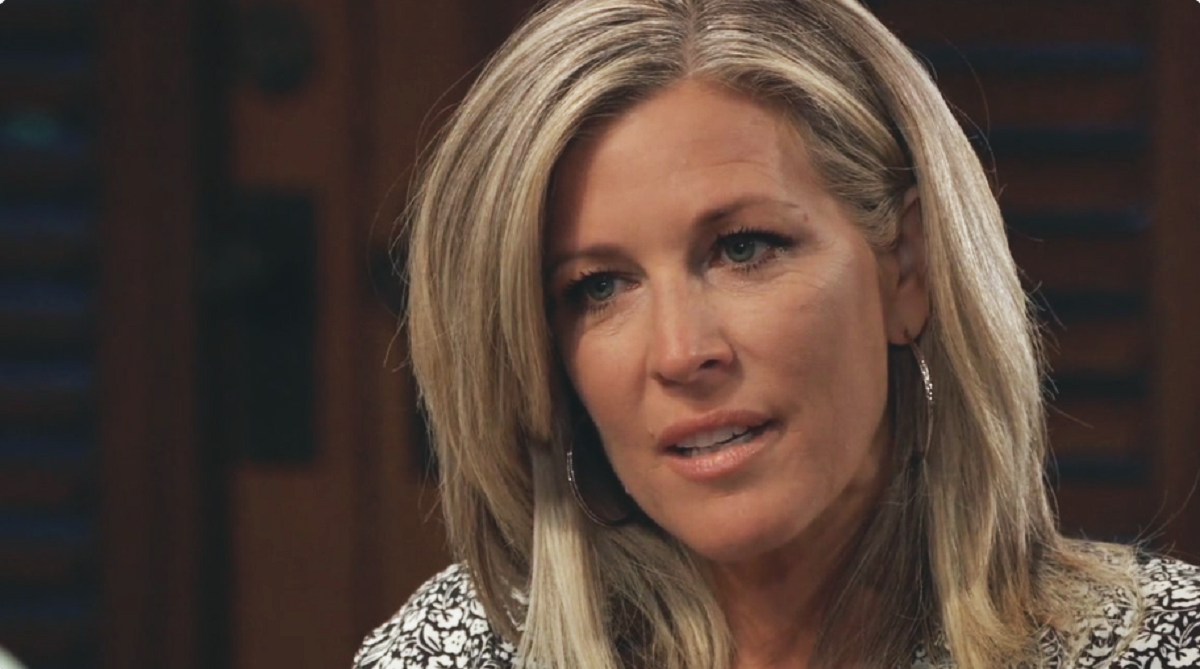 Sonny wants to adopt Devon Corbin (Ashton Arbab). Carly wants to know when Sonny made this decision. Sonny thinks Gladys Corbin is going to cause problems. Sonny may be able to adopt Dev as Dev Corbin. Carly thinks adopting Dev could cause major problems. Carly doesn’t know if she wants to adopt Dev at all. Carly is confused with the sudden change about Dev. Carly is happy to let Dev live there. She reminds Sonny it is a forever decision. Carly wants the kids on board with this decision.

Michael cannot believe that Sasha is keeping anything that bad from him. Sam asks if Michael wants to rescue Sasha. Sam doesn’t think Sasha is like Nelle. Sam tells Michael how important honesty is. Michael offers Sam a drink but then leaves to go to GH. Sam stops Michael when she gets a text, they go to GH together. Michael arrives at the hospital and interrupts Nina Reeves (Cynthia Watros) and Sasha’s conversation. Nina tells Sasha to think of some places in Paris she wants to visit. Valentin reassures Nina that Sasha will be fine.

Liesl confronts Brad in the elevator. Sasha wakes up and wonders why Nina is there. Nina doesn’t want Sasha to give up on their future together. Brad questions if Sasha is not Nina’s daughter. Brad doesn’t want to break any more laws. Liesl reminds Brad that all she has to do is tell Michael where his son is. Brad agrees to help Liesl. Brad tells Liesl they are through after this favor.

General Hospital’s Alexis Davis (Nancy Lee Grahn), Kim Nero (Tamara Braun), and Julian Jerome (William DeVry) are talking when Franco Baldwin (Roger Howarth) walks in the door. Julian introduces himself to Franco. He apologizes for what happened in the park. Franco says he upset Kim and apologizes. Julian takes a raincheck on the free drink.

Franco follows Alexis outside, he might need her services as a lawyer. Alexis tells Franco that Sam might have issues with her representing him. Julian is upset that Kim didn’t tell him about meeting Drew in the park. Kim tells Julian she was afraid he would confront Franco. Julian tells Kim this is putting too much stress on her. Julian wants to leave immediately. Kim says that sounds great. Alexis doesn’t want to explain Franco’s actions to him.

General Hospital’s Jason Morgan (Steve Burton) is invited to help the PCPD with the Andre Maddox (Anthony Montgomery) case. Peter August (Wes Ramsey) goes into Andres room and asks what he is supposed to do with him. Peter starts messing with Andre’s IV medications when his alarms begin to go off. Peter sneaks out of Andre’s room as Jason is checking for threats to Andre. He starts to wake up. He tells everyone that Drew Cain (Billy Miller) put him on a plane and sent him home.

Andre says the driver met him and tried to kill him. He fought the man off and drove himself to the ER. Andre wants to know if anyone has talked to Drew. Jordan says they haven’t heard from Drew. Jason says Drew should have checked in by now. Mac wants guards on Andre’s door.