The Young And The Restless Spoilers: Michael Has News For Adam – Jack Needs Kyle To Step In – Adam Tries To Get Phyllis To Break The Law 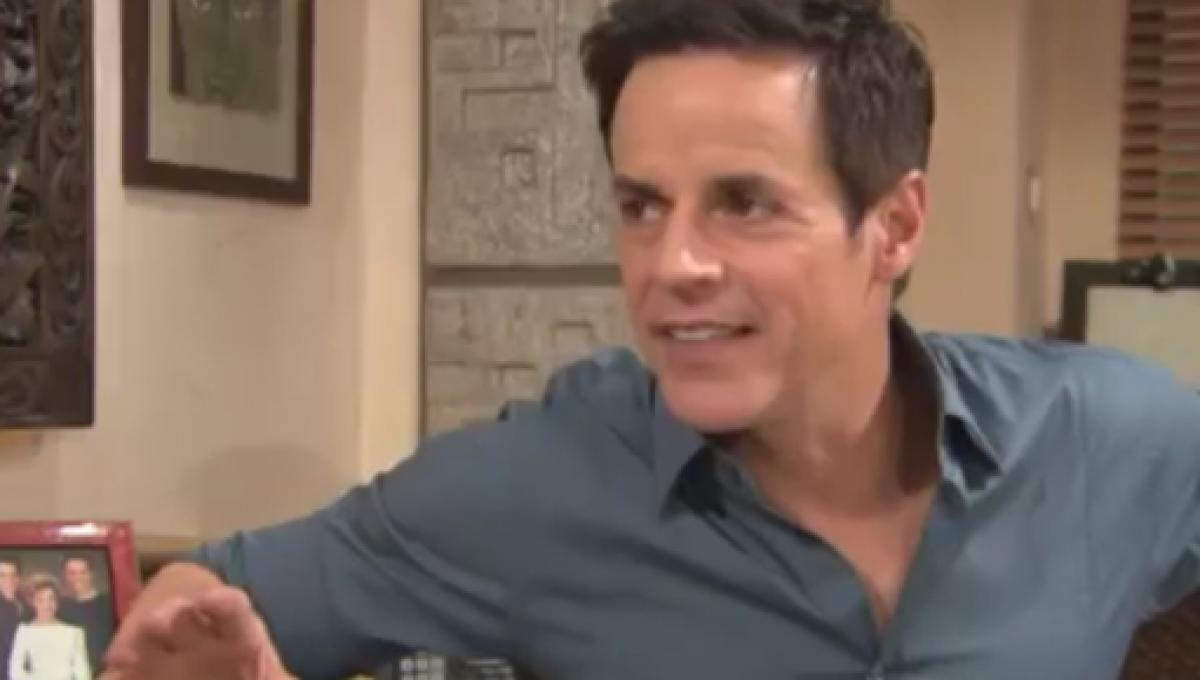 The Young and the Restless (Y&R) spoilers tease that the week of September 2 – September 6 promises another week of tense drama and some puzzling situations for Y & R fans!

Young & The Restless Spoilers – Michael Fires Adam As A Client

Michael Baldwin (Christian LeBlanc) tells a rather shocked Adam Newman (Mark Grossman) that as much as he has enjoyed their working relationship –which is actually to say not at all – Michael thinks it is time that it comes to an end.

As Young and the Restless viewers will recall, Michael recently won the race for District Attorney in Genoa City for the second time, after Adam pulled some strings so that he could become the DA after Christine Blair Williams (Lauralee Bell) decided that she did not want to run for re-election.

Michael didn’t like it when Adam was forcing his younger brother, Kevin Fisher (Greg Rikaart) to hack into computer records and other unseemly things, basically blackmailing him so that his significant other, Chloe Mitchell (Elizabeth Hendrickson) and daughter Bella Mitchell (Martie Blair) would be safe!

Michael then had forced Kevin to go back to Portland to make sure that Bella and Chloe were safe there and recently was able to get Chloe’s previous legal charges dropped to practically nil and Kevin and Chloe, with Bella, are back in Genoa City, although trying to keep a low profile.

The Young And The Restless Spoilers: Adam And Victor’s Shocking Showdown

Jack Abbott (Peter Bergman) tells his newlywed son Kyle Abbott (Michael Mealor) that he needs him to step in at Jabot; as interim CEO! That’s a lot of responsibility for the young Kyle, but he has worked at Jabot in the past and he will feel confident that he can keep the Jabot boat afloat as long as his father needs him to.

Besides, Kyle is not afraid of new challenges; putting in a new air conditioner in his and his new bride Lola Rosales Abbott’s (Sasha Calle) apartment, for instance. He got it in there right even if turning it on did kill their refrigerator! Manual labor may just not be Kyle’s forte!

Adam stirs up more trouble as he tries to get Phyllis Newman (Michelle Stafford) to break HIPAA law by hacking into Dr. Nate Hastings’ (Sean Dominic) tablet to obtain his father, Victor Newman’s (Eric Braeden) medical records! Phyllis looks at him like he’s lost his mind when he asks her – and likely expects her – to obey him without question!

Adam just might run into a little resistance there, after all, hacking into a doctor’s tablet to get a patient’s private medical records is illegal, and even if she went about it the right way she would have to have Victor’s written permission to look at his protected health information! She might have a question as to how Adam got his hands on Nate’s tablet to begin with!