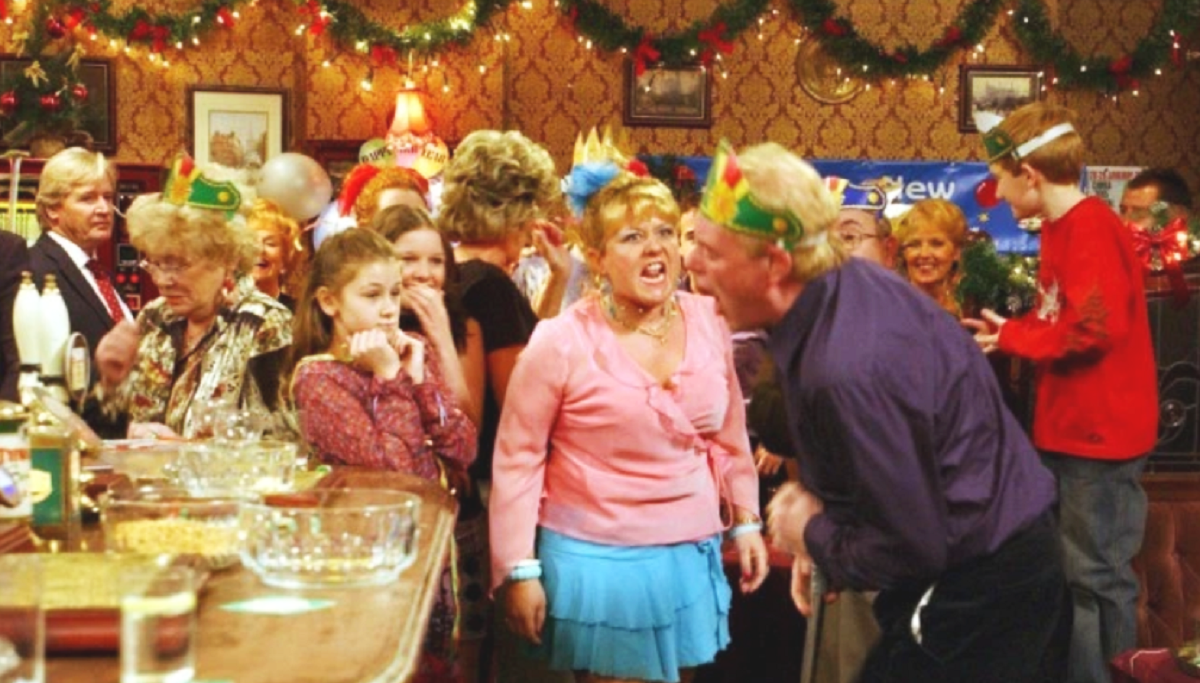 Coronation Street will give viewers an exciting treat in the run-up to Christmas. The show has put together clips of some of the most memorable and festive moments in the soap. Apart from the clips, the one-hour special called “Corrie at Christmas” will also feature interviews with current and classic cast members.

“Corrie at Christmas promises to bring joy through the iconic archive and cast memories from Christmases past in Weatherfield,” Executive Producer Sue Walton said.

She added that “peace and goodwill” don’t last long in Weatherfield, especially during the festive season. Although the stories during this period are often “fun and heartwarming,” there will always be drama in the cobbles. The special episode will capture all these and Walton promised that it will “pack a Christmas punch.”

“Corrie at Christmas” may feature Hilda Ogden’s farewell after being with the soap for 23 years. Annie Walker (Doris Speed) will be visited by unwelcome faces from her past. Another memorable storyline was when Sally Webster (Sally Dynevor) told Kevin Webster (Michael Le Vell) about her breast cancer diagnoses just before the latter was about to leave her for another woman.

For the interviews, viewers may want to see Julie Goodyear or cast members who recently left like Kym Marsh, who played Michelle Connor.

On a different note, a lot of cast members have left the show as the sudser enters its 60th year in 2020. Earlier this year, seven actors were reported to have left or will be leaving the soap in just a span of three months.

Coronation Street Spoilers – Mass Exodus From The Cobbles This Year

We're (personally) delighted Eileen didn't leave the street, and she'll be back where she belongs with her one true love – The Street Cars switch. Here's her first day back in May 2000.#Corrie #ThrowbackThursday #Eileen pic.twitter.com/69gcoL9YiB

Reports revealed that younger actors have complained about pay inequality. They were paid less than their veteran counterparts. The reportedly received £50,000 compared to the £100,000 to £250,000 wage received by older stars. They were not allowed to take advertising or product endorsement jobs and their pay was based on their appearances on the set.