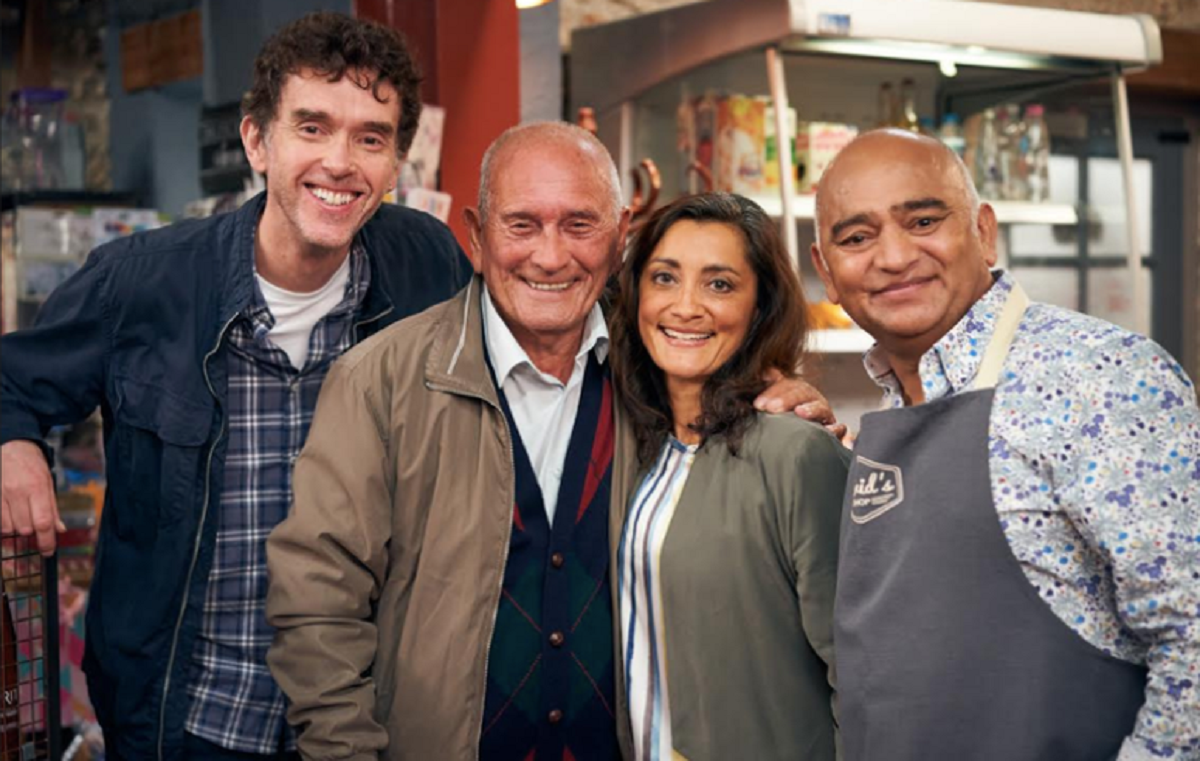 “Emmerdale” has confirmed that Tommy Cannon and Louis Healy are dropping by to guest star on the soap.

Earlier last month, Cannon shared in a now-deleted post his “brief stint as ‘Derek’ in @emmerdale !! Spending some time in the dales.” His role has been confirmed, along with the great news that Healey will join the cast, too.

Cannon will play the role of Derek, a patient of Doctor Manpreet (Rebecca Sarker). Meanwhile, Healey will debut his character on the same week. He’ll play Danny, who instantly becomes a friend and love interest of Sara Sugden (Katie Hill). The show is keeping a tight lid on both actors’ storylines, but their visit is set to have serious consequences on the locals.

Moving on to next week’s “Emmerdale” spoilers, Mandy Dingle (Lisa Riley) returns to the show. Anywhere she goes trouble finds her and it’s not surprising if she causes trouble the moment she steps foot in town.

She walks in on Jessie Dingle (Sandra Marvin) and Al Chapman (Michael Wildman). Mandy and Vinny (Bradley Johnson) is keeping a huge secret and fans need to tune in to find out what it is.

Meanwhile, Al offers a job opportunity to his ex as he tries to get in the middle of Jessie and Marlon Dingle’s (Mark Charnock) marriage. The only catch is that the job is in Dubai. Jessie keeps her interview a secret from Marlon. However, Al will “accidentally” tell Marlon about it and the latter will catch Jessie mid-interview.

Al takes advantage of Jessie and Marlon’s relationship going through a rough patch. Al makes a move and kisses Jessie while they were both taking a walk down memory lane.

Al moves in for a second kiss and Jessie welcomes it. However, Mandy catches them in the act. Knowing Mandy, she won’t be able to keep her mouth shut and Al and Jessie’s illicit kiss is bound to get exposed.

NEXT WEEK’S SPOILER PICS ARE UP!

Tracy Metcalfe (Amy Walsh) continues to prove Frank’s innocence. Upset by the lack of progress, Tracy starts to look for a person to blame for the fire. However, she pins it on the wrong person. She accuses Dawn Taylor (Olivia Bromley) but the latter maintains her innocent. Will Tracy realize that she got it all wrong?