The Bold And The Beautiful Poll: Should Ridge Leave Brooke Or Vice Versa? Vote Now! 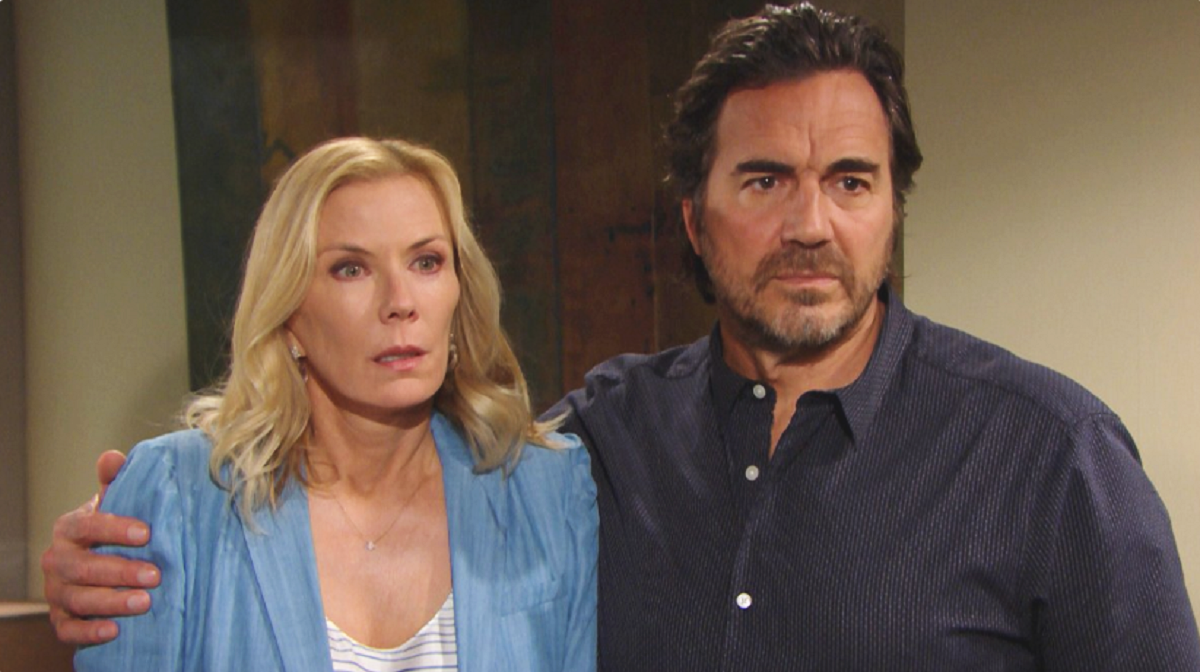 Brooke Logan Forrester (Katherine Kelly Lang) is facing Ridge Forrester’s (Thorsten Kaye) wrath on The Bold and the Beautiful. The initial reaction to his son’s fall off the cliff was understandable, considering all circumstances. But ongoing accusations are causing major strife.

The epic love story that created what’s come to be known as Bridge fits this couple because of the nature of the structure the word represents. Built to be strong and lasting, a real bridge can develop cracks, be damaged, or collapse when in ill repair. Such is the span of this particular relationship on B&B.

Marital breaks, or ends, have occurred in the past, but Brooke and Ridge eventually found their way back to each other. Current matters appear headed to another relationship decision point for both involved parties. But take note, this poll question doesn’t ask what will happen, but if readers think Ridge or Brooke should leave the other.

The Bold And The Beautiful Spoilers: Wednesday, September 4 – Bill Confronts Thomas For Messing With The Spencers – Ridge Explodes At Flo

Brooke insists that she intended no harm to Thomas Forrester (Matthew Atkinson). Ridge arrived at the scene during the exact moment when the opposite seemed true. Thomas’ statement to Detective Alex Sanchez (Jeremy Ray Valdez) described what happened as an accident, though he later told the family he knew that wasn’t true and was taking the blame for what happened to him.

All of Thomas’ actions in keeping Beth Spencer’s (Madeline Valdez and River Davidson) existence as Phoebe Forrester a secret were wrong. Ridge is finally admitting that but is choosing to focus on the perceived intentions of his wife in order to provoke a sense of guilt.

Thankfully, Thomas seems to have crossed back over to sanity. He actually was willing himself back to his good side after having a heart-to-heart with Douglas Forrester (Henry Joseph Samiri) at Vincent Walker’s (Joe LoCicero) apartment, which was just prior to when Thomas went to the cliff house in order to apologize to Hope Forrester (Annika Noelle). Fans can assume another apology would have been tried with his sister, Steffy Forrester (Jacqueline MacInnes Wood).

As of today, Atkinson’s character possesses the ability to persuade his dad to forgive Brooke. Viewers will eventually learn if he chooses to do so.

Bold And The Beautiful Spoilers – Hope Forrester Protective Of Her Mother

Now that Hope has her baby back, she and Liam Spencer (Scott Clifton) can try to live as they hoped. ‘Lope’ regained an opportunity that was never expected.

Along with this miracle comes a shift in the couple’s strife. Instead of Hope feeling obligated to marry Thomas, so she could serve as Douglas’ mother, marital angst exists in a different form for her mother.

Hope realized, after the fact, that Thomas was simply trying to apologize. But she doesn’t have sympathy for him and remains on guard. That defensive stance also extends to her mother where Thomas and Ridge are concerned.

Bold And The Beautiful Spoilers – History Doesn’t Predict The Future

Lang and John McCook (Eric Forrester) are the only actors who remain from B&B’s debut in 1987 when it basically replaced Capitol on the daytime schedule. That soap ran from 1982 through 1987.

Ron Moss (who originally played Ridge) was also part of B&B’s cast during its debut season in 1987. Kaye became the recast in 2013.

While no recasts of either iconic character are expected, a repeat of history could be projected, meaning that either Ridge or Brooke could choose to separate, or even seek divorce. But great soap operas, like this one, often aren’t predictable.

Fans of The Bold and the Beautiful rightfully express their opinions on a regular basis. So, should Ridge leave Brooke or vice versa? Please vote in our poll below!