The Bold And The Beautiful Spoilers: Monday, September 9 – Ridge Holds Thomas’ & Flo’s Future In His Hands – Steffy Rages Against Thomas For His Deception 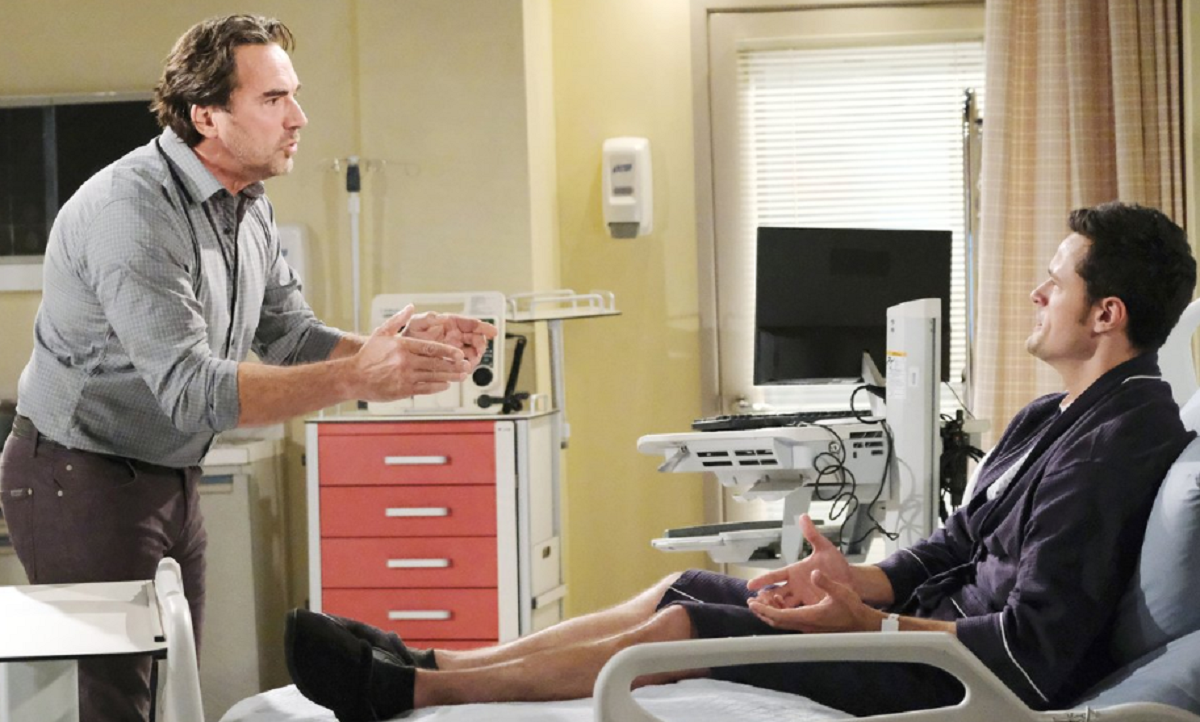 The Bold and the Beautiful (B&B) spoilers for Monday, September 9, tease that Ridge Forrester (Thorsten Kaye) will find himself in a position that he never expected to be in. As B&B viewers know, he’s just heard a harrowing story from his son Thomas Forrester (Matthew Atkinson) about the night that Emma Barber (Nia Sioux) died on Mulholland Road. Thomas reluctantly recounted his steps that night and told Ridge how he followed Emma and chased her before she veered off the road and ultimately died.

As if that weren’t enough, on Monday’s B&B episode, Ridge will find himself in a position he’d rather not be in. Exactly what transpires remains to be seen, but B&B spoilers say that Ridge will find himself holding the keys to both his son’s and Flo Fulton’s (Katrina Bowden) futures. Perhaps Ridge will have the power to make any prosecution against Thomas go away, but it will be a joint deal – if the charges go away against Thomas, they’ll go away against Flo, too.

At any rate, Ridge won’t like the position he finds himself in. He’ll want to make the situation against Thomas better, but as B&B viewers know, he absolutely detests Flo and the role that she played in Reese Buckingham’s (Wayne Brady) baby swap and adoption scam. B&B viewers will remember that Flo played the role of the birth mother to the baby that Steffy Forrester (Jacqueline MacInnes Wood) adopted and named “Phoebe Forrester” – the baby who was actually Beth Spencer (River Davidson and Madeline Valdez).

#BoldandBeautiful Spoilers: Flo Fights To Get Wyatt Back – But Can He Ever Forgive Her? @celebratesoaps https://t.co/ENToh9FQzG

We’ll see exactly how Ridge ends up with so much decision-making power over both Flo’s and Thomas’ lives, but it should be a pretty upsetting situation for him. Ongoing B&B spoilers say that Ridge will indeed strike some sort of deal that allows both Flo and Thomas to walk away free, so it will be interesting to see how it all works out down the line.

Next, on Monday’s new B&B episode, Steffy will decide that it’s time that she pays her brother a visit. Thomas has had his share of upsetting conversations lately from his hospital room. Bill Spencer (Don Diamont) came by and threw some threats around, and then Ridge had a frank talk with Thomas about what he had done. Well, now it will be Steffy’s turn to confront her brother for what he’s done and express her displeasure.

According to B&B spoilers, Steffy will rage against her brother for what he’s done. She’ll probably want him to know exactly what his actions cost her. Sure, he wasn’t responsible for the whole kidnapping and illegal adoption scam, but once he found out about it, he should have come forward and told Steffy that she was raising Hope Logan (Annika Noelle) and Liam Spencer’s (Scott Clifton) daughter.

But instead, Thomas kept the secret about “Phoebe” being Beth, and that ended up costing Steffy a lot. Steffy spent additional months bonding with Beth, and that made it hurt all the more when she had to give her up. Steffy will probably make sure that Thomas knows exactly what he cost her and how he hurt her. And she won’t be in the mood to hear any of Thomas’ lame excuses – she’ll just need to vent and get the rage out of her system.

The Bold And The Beautiful Poll: Should Ridge Leave Brooke Or Vice Versa? Vote Now!

At any rate, look for a serious confrontation between brother and sister, as Steffy lets Thomas in on how angry and disappointed she is in him. B&B viewers should expect some riveting scenes filled with anguish, expressions of betrayal, and lots of anger.