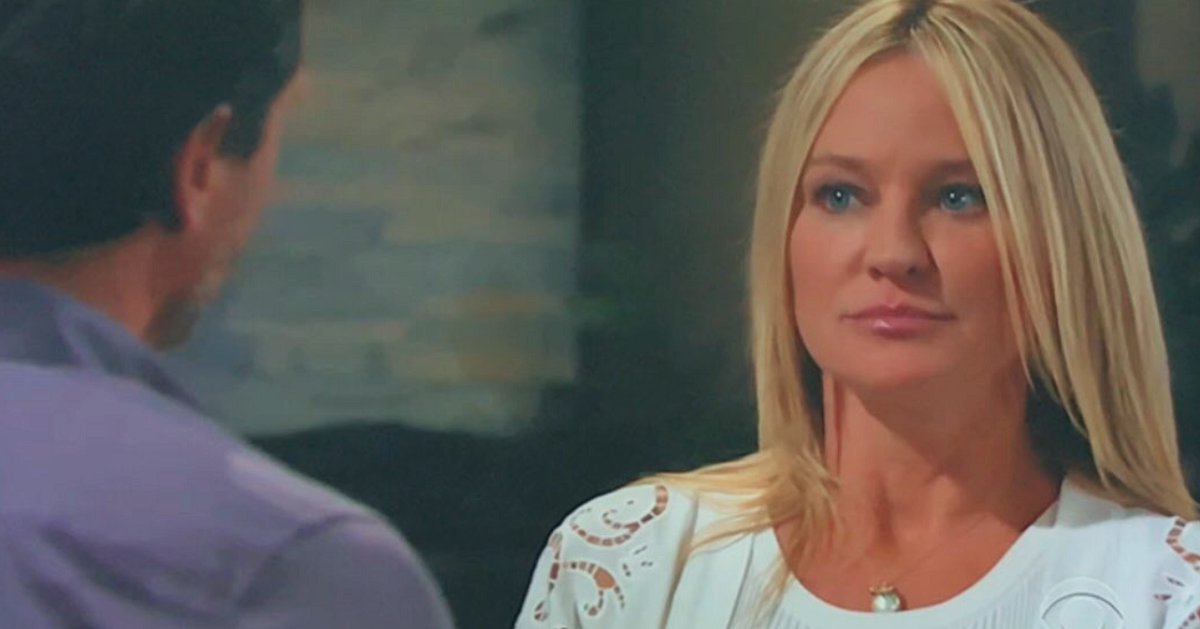 The Young and the Restless (Y&R) spoilers tease that Sharon Newman (Sharon Case) will need to take some time to herself as she is feeling conflicted between Rey Rosales (Jordi Vilasuso) and Adam Newman (Mark Grossman). She will tell Nick Newman (Joshua Morrow) that she needs some time away and she asks him to look after their daughter.

Of course, Nick will think it’s a great idea for Sharon to go away to clear her head. Y&R spoilers say that Nick is for anything that will get Sharon out of Adam’s orbit. Here’s what you need to know about what’s coming up on Y&R.

It’s clear that Sharon is having trouble with Adam’s persistent influence in her life. She tried to tell him that she cannot be with him and why Nick doesn’t want him around Christian Newman (Tobias Twins), but it falls on deaf ears.

Young And The Restless Spoilers – Sharon Newman Backed Into A Corner

Sharon is feeling backed into a corner and she isn’t sure which man is the right one for her. She feels connected to them both for different reasons.

The Young And The Restless Spoilers: Obsession With Adam Is Eating Billy Alive- Can He Overcome His Rage?

She cannot deny that she had a passionate relationship with Adam. However, Sharon thinks that their connection was toxic, and she isn’t sure if it is healthy for them to revisit it.

The Young and the Restless spoilers say that Sharon never said she didn’t love Adam, or she didn’t care about him. She just isn’t sure they are good for each other. Even though she has made her position known, Adam keeps trying to get her to take him back.

Young And The Restless Spoilers – Is Character Being Put On The Back-Burner?

One of the Young and the Restless fans biggest fear is that she is getting put on the back-burner while the writers explore other storylines – mainly Adam and Victor Newman (Eric Braeden).

Another reason Sharon may be exiting the CBS soap opera for a short time is the actress could be on vacation. From time to time, the actors do take time off to go on vacation.

Young And The Restless Spoilers: Phyllis And Adam Have Negative Synergy – Phadam Is A Dangerous Duo @SoapOperaSpy #yr #youngandrestlesshttps://t.co/XhFFSUE04H

Perhaps Sharon will return to Genoa City with a clear idea of which man she wants. It sounds like some exciting episodes are ahead on the Young and the Restless.