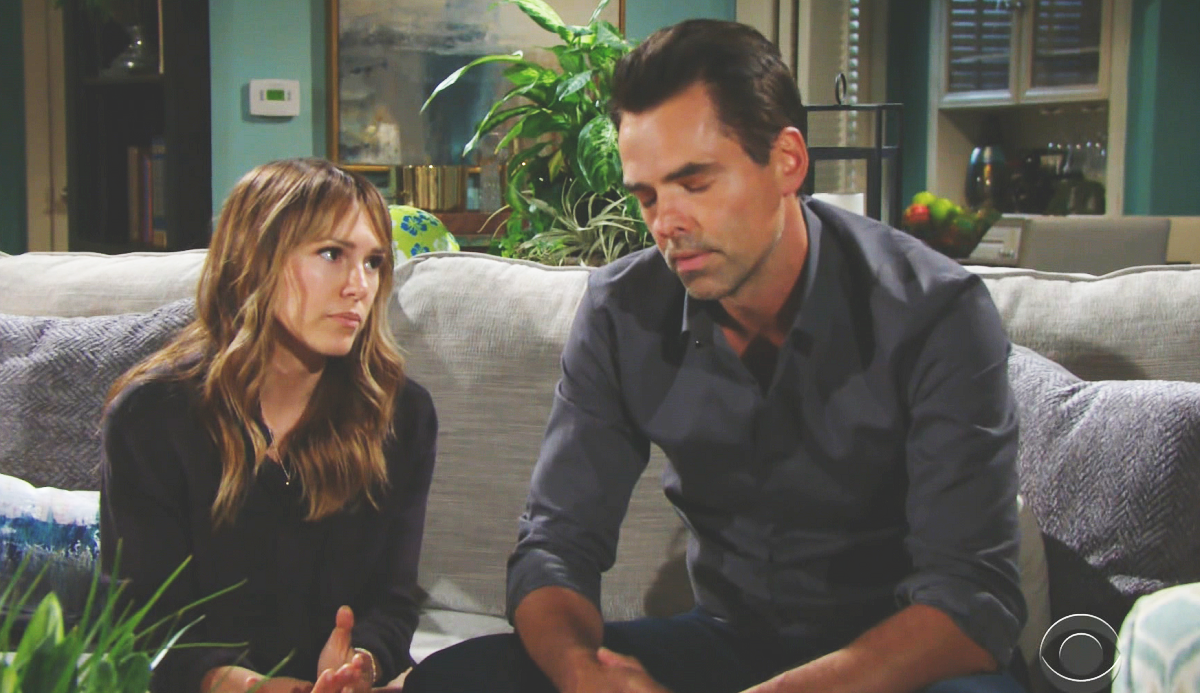 The Young and the Restless spoilers tease that Chloe Mitchell’s (Elizabeth Hendrickson) attempts to help her good friend and ex-husband Billy Abbott (Jason Thompson) might backfire on her if his dark alter turns against her.

Young and the Restless viewers will note that in a recent episode where Kevin Fisher (Greg Rikaart) tried to get Chloe to back away from helping Billy herself, he said that Billy needs some serious professional help. He was exactly right.

Chloe described the symptoms of DID, or dissociative identity disorder, exactly but didn’t even know what to call it. All that has been missing is Billy’s alter giving itself its own identity and name, but that might still happen soon as the disorder progresses.

Billy Abbott may be the first male DID sufferer in the history of soap operas, since they are usually women. Viewers of other network soaps such as CBS’ Young and the Restless and the defunct ABC soap One Life To Live will remember such storylines. Sometimes the alter, or alternate personality, which is really a facet of a fractured personality, is portrayed by the actor or actress looking into a mirror and seeing someone else .

Most of them will also dress differently, make themselves up differently and sometimes wear wigs or do other things to make however many alters they have fractured into different. Billy could even develop a third alter, possibly even a childlike one that mimics Delia Abbott (Sophie Pollono)! But what if his dark personality is angered by Chloe and her efforts to help and turns against her?

There is not a lot to distinguish regular Billy from dark side Billy yet, other than his gum chewing and rage, and plotting revenge and not remembering it! He’s done some bad things in his time, including theft, hacking, drinking and gambling, and a few fights but he’s never tried to kill someone until now. It seems like “Bad Billy” is all of his anger, rage and revenge fractured into a separate personality, and that is what makes him extremely dangerous.

Original Billy was a little irritated with and crabby towards Chloe when he first woke up in the Chancellor Boathouse, but that’s to be expected. He woke up with a leg in a splint, bruises on his face, and naturally assumed Chloe was at fault because he didn’t remember anything related to trying to run down Adam Newman (Mark Grossman).

The Young And The Restless Spoilers: Nikki Catches Adam In The Act– Gets Desperate And Poisons Victor https://t.co/fL4hYrL72y pic.twitter.com/xAsj1NUysY

He also didn’t remember the night he came to Chloe’ s home and scared Bella Fisher (Martie Blair) by hugging her tightly, thinking she was Delia. He wouldn’t have hurt her but of course she was scared because she didn’t even know who he was. She probably thought he was some random stranger. If Bad Billy gets mad at Chloe there’s no telling what he might do!