Young And The Restless Spoilers: Chloe And Kevin’s Major Mistake Will Have Life-Altering Consequences 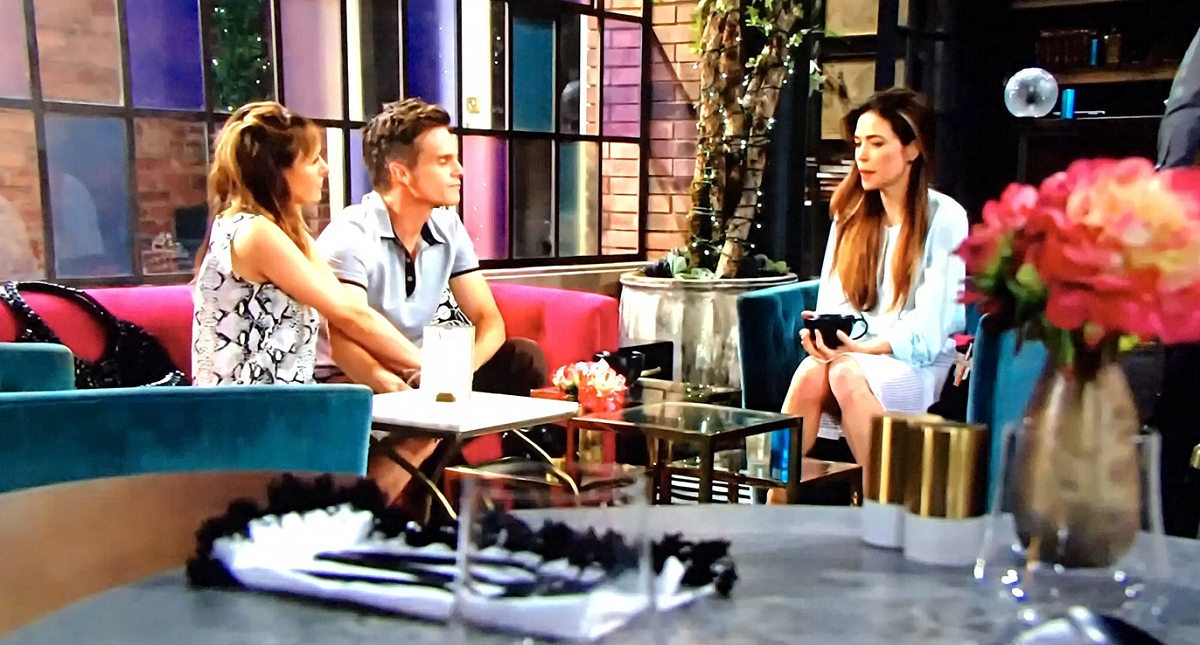 Billy Abbott’s (Jason Thompson) life was saved, not just Adam Newman’s (Mark Grossman) on ‘The Young and the Restless’. That happened when Chloe Mitchell (Elizabeth Hendrickson) bravely pushed Adam out of the way of the car Billy was aiming at him.

She and Kevin Fisher (Greg Rikaart) decided to take Billy to the Chancellor boat house, rather than to Genoa City Memorial Hospital, where Dr. Nate Hastings (Sean Dominic) could have treated him for his serious injuries and provided a referral to an on-staff psychiatrist.

‘Khloe’s’ subsequent keep of Billy at the clandestine location is a mistake, just as Kevin’s sending false information to Vickie Newman (Amelia Heinle), via a text from Billy’s phone, about his supposed whereabouts was also wrong.

Chloe believes that she, more than any other person alive, can feel Billy’s pain and thus is qualified to help him overcome this mental health crisis, which is what he’s enduring. Her thoughts are compassionate, but off-base.

Young And The Restless Spoilers: Kevin Fears Chloe Is In Too Deep – Grows Close To Adam?

Billy is suffering from an identity disintegration, where he’s morphed into a darker version of himself. The attempt to run Adam down was planned while in an altered state of mind, which includes persistent insomnia.

As Kevin tried to assert at Crimson Lights, Chloe is not qualified to handle Billy’s problems. But she convinced him otherwise when referencing the unwanted club of two that Billy is part of, with the referenced pair being Delia Abbott’s (Sophie Pollono) parents.

Adam generally has solid insight into people, or has his paid minions learn the truth. But that’s not the case in this instance.

There were no known witnesses to him nearly being run down by Billy on Route 7. The soapy convenience of Adam falling, after Chloe pushed him, and hitting his head resulted in his temporarily unconscious state. That, along with him not seeing Billy, or Chloe, who was approaching, meant that he had no knowledge of who was trying to kill him, or who likely saved his life.

Adam’s tell to Phyllis Summers (Michelle Stafford) about Billy having been crossed off his suspect list came after she told Grossman’s character that Thompson’s flailing alter ego had it in for him. Adam’s complete swing and miss then had him confront his father, Victor Newman (Eric Braeden), as being responsible for ordering a hit.

Young And The Restless Spoilers – A Dangerous Time For Everyone Involved

Billy’s leg wasn’t properly set. It’s either fractured, or broken and should have been treated on the night of the drama.

Chloe’s heartfelt, but misguided, belief that she can help Billy heal puts both people in danger. Delia’s father could revert to his other self at any time, making him believe that Chloe is a threat, or worse.

Hopefully, Kevin tells Michael Baldwin (Christian Le Blanc), who is his fixer brother, or Vickie what’s going on before Chloe, Billy, or both dig into even deeper trouble.