General Hospital Spoilers: Brad Tells Julian About His Problem, Will Julian Be Willing To Help? 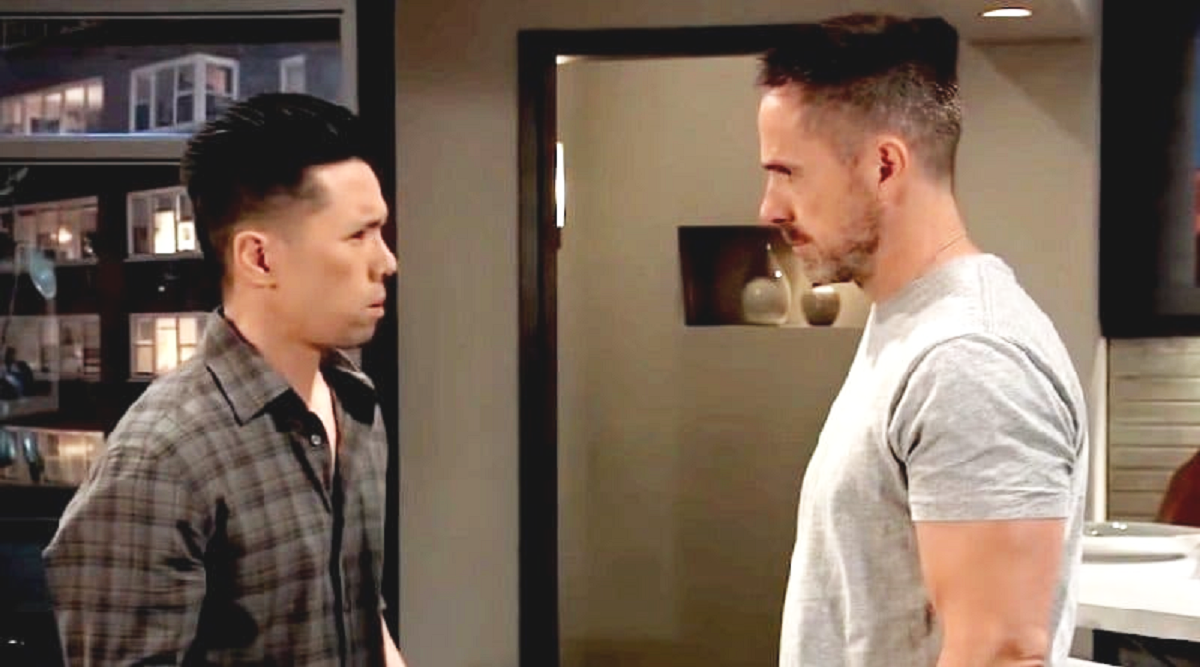 General Hospital spoilers tease that Brad Cooper (Parry Shen) will tell Julian Jerome (William DeVry) about a problem he is having, and more than likely ask for Julian’s help with it! But is this about Wiley Cooper-Jones (Eric and Theodore Olson) as usual, or could it be about something else?

General Hospital viewers will recall a few weeks ago, before Shiloh Archer (Coby Ryan McLaughlin) was arrested, Brad was at GH trying to alter Shiloh’s, Wiley’s, and Michael Corinthos’ (Chad Duell) hospital records when his husband, Dr. Lucas Jones (Ryan Carnes) came up behind him unexpectedly. Lucas was confused that Shiloh’s records showed no congenital heart condition, which it should if he were really Wiley’s birth father, because Wiley has it and it apparently is a type that passes from father to son. Longtime viewers will recall that Michael was found to have it as a baby, passed down from his birth father, AJ Quatermaine (Sean Kanan).

One thing Brad should not be so concerned about right now is Shiloh, since he is locked up tight in Pentonville, and even if he were to somehow have gotten out or have been released he is much more focused on getting that dirty money from Afghanistan than he is on getting Wiley! It makes no sense for Shiloh to try to take off with Wiley if he has no funds and nowhere to live! The more pressing issues for Brad would be why Shiloh’s medical records don’t show the congenital heart condition, which he had not had a chance to put in the record when Lucas walked up. Lucas already saw the record so he would know if something were amiss if he looked at it again and it was there! Of course, Brad could always lie and tell someone that the records are wrong and that the heart condition needs to be put into the record – if he can find someone who’ll do it for him. That way he can tell Lucas that he looked into the discrepancies in Shiloh’s records.

Brad’s guilt and his knowledge that Wiley is really Jonah Corinthos, who Michael grieved thinking he had lost his baby boy, and if Lucas would find out about the baby switch is nearly driving Brad over the edge! Brad leans heavily on Julian for nearly everything, and Julian had previously told him to try a therapist once he and Kim Nero (Tamara Braun) are moved to Manhattan! Julian also had already told him that altering records was a bad idea and could backfire; so even though there won’t be anything Julian will be willing to do than listen to Brad, other than maybe once again give advice that Brad will ignore, Brad will go to him anyway with his problem!