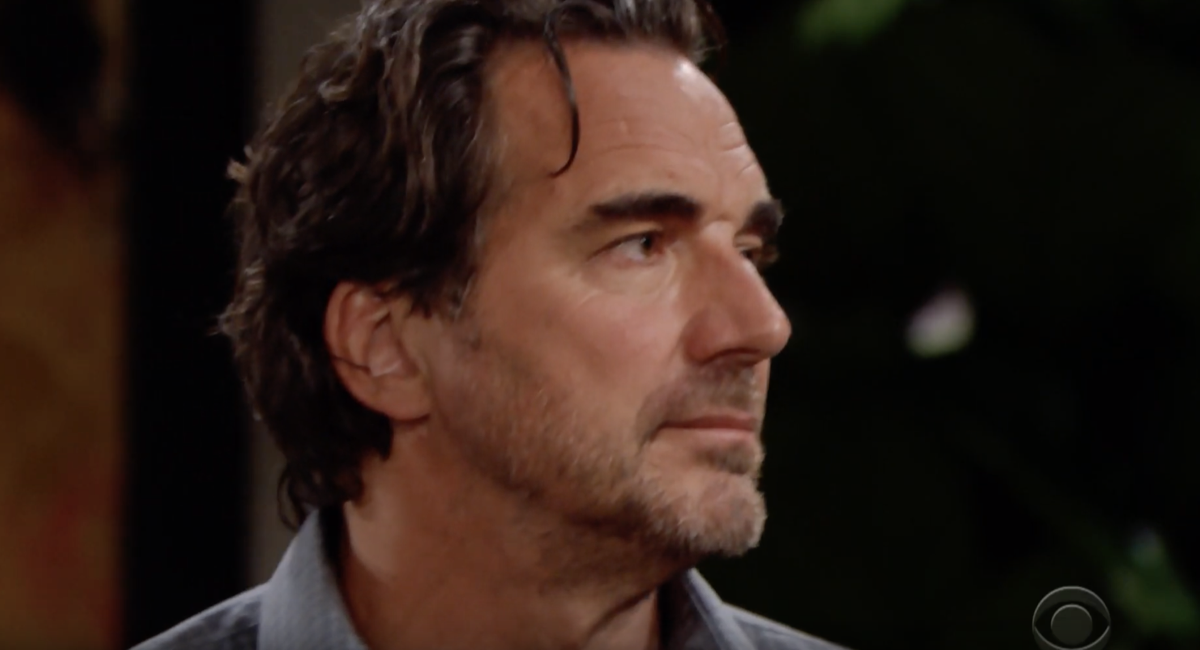 The Bold and the Beautiful (B&B) spoilers for the week of Monday, September 9 through Friday, September 13, 2019 reveal Ridge Forrester (Thorsten Kaye) proves once again, that he only plays by the rules when they suit him the best. This coming week, he knows what needs to be done but is determined to keep his son safe too.

Ultimately, Ridge will make the tough choice and goes to see Detective Alex Sanchez (Jeremy Ray Valdez) begging for a deal for Thomas Forrester (Matthew Atkinson) even after he learns about Thomas’ alleged part in young Emma Barber’s (Nia Sioux) death. Ridge feels obligated to save Thomas after he makes him feel guilty, saying this was Ridge’s fault for leaving them for another woman.

B&B sources tease that Steffy Forrester (Jacqueline MacInnes Wood) is not as forgiving as her father and there is an epic confrontation between the Forrester siblings; Steffy blaming Thomas for obliterating so many lives; especially the lives of people they love. After she is done with Thomas, Steffy has no qualms about attacking Florence “Flo” Fulton (Katrina Bowden) for her role in the baby swapping that devastated so many people.

Brooke Logan Forrester (Katherine Kelly Lang) is furious to learn that her husband, Ridge went behind her back to see Detective Sanchez and even made a deal for Thomas. She has no problem telling Ridge what she truly thinks of Thomas and the two have a massive argument, causing Ridge to leave the house. Shauna Fulton (Denise Richards) couldn’t have picked a worse time to show up at the Forrester manse and Brooke let’s her know by shoving her right out the door.

Bold And The Beautiful Spoilers: Ridge Leaves Brooke After Fierce Argument And Ends Up In Shauna’s Bed https://t.co/bqrraCMEQB pic.twitter.com/ypSySEUr3U

The Bold and the Beautiful spoilers show that Flo hasn’t learned a thing from this catastrophe and when Sally Spectra (Courtney Hope) overhears what she has planned, Sally angrily confronts her arch enemy. Meanwhile, Sally should be set up for a pleasant surprise when her lover, Wyatt Spencer (Darin Brooks) invites her to move back in with him. Sally, obviously gives pause; forcing Wyatt to acknowledge just how much of a force of nature Sally really is.

In other B&B spoilers, Shauna treks over to the Bikini bar where Danny (Keith Carlos) is bartending to a very drunk Ridge. Could this be leading to a very bad slip by Ridge Forrester? Can he truly be tempted away from Brooke once again?

Be sure to tune into CBS’ The Bold and the Beautiful (B&B) on Monday, September 9, 2019 to catch up on all these exciting storylines and so much more. Check Hollywood Hiccups often for updates, news, rumors and spoilers!