Days of Our Lives Spoilers: Vivian’s Shocking Confession To Stefan 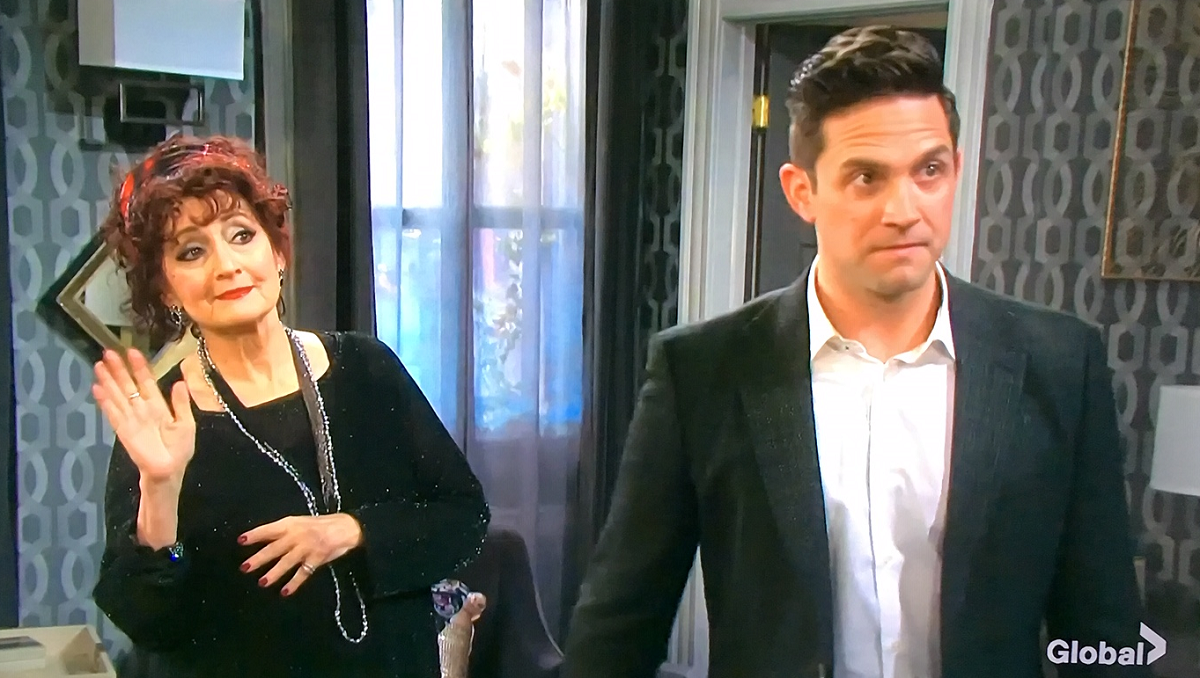 Days of Our Lives spoilers tease Vivian Alamain’s (Robin Strasser) return to Salem. Once reunited with her son, she makes a shocking confession to Stefan DiMera (Brandon Barash).

What could the conversation be regarding and how will Stefan react? Keep reading to find out everything known so far about this storyline.

According to the latest DOOL spoilers, Vivian will return to Salem. However, she doesn’t just march in and announce she is alive. Expect her to sneak back into town. As fans can imagine, there is a reason why Vivian is being so sneaky.

One of the first places Vivian stops at is the DiMera mansion. She is elated to reunite with her son, Stefan. Once they share an embrace, Stefan continues to be shocked by his mother. Not only is the woman alive, but has been for quite some time.

Why didn’t she call him before? Why hasn’t she returned to his side as he dealt with the fallout? He was ready to avenge her murder when she is living and breathing right in front of him.

Days of Our Lives spoilers reveal Vivian stuns Stefan with a shocking confession. It could be about anything, but perhaps she explains her absence. Although she told everyone in Chicago she had post-traumatic stress disorder (PTSD), that seems unlikely. For a woman that can’t stand blood and guts, she certainly has no problem planning to shoot Kate Roberts (Lauren Koslow).

Next week, Vivian will shoot Kate. However, she doesn’t expect the woman to survive. Unfortunately, she ends up in a life-and-death situation. Kayla Johnson (Mary Beth Evans) and Sarah Horton (Linsey Godfrey) are shocked to see something grisly. It is suggested that grisly appearance is Kate.

However, just shooting the woman isn’t enough. Alive but in critical condition, Vivian will sneak into the hospital to finish her off. Will she succeed or could someone stop her before she commits murder?