The Bold And The Beautiful Spoilers: Steffy Rages At Flo & Thomas – Expresses Concern For Kelly & Beth 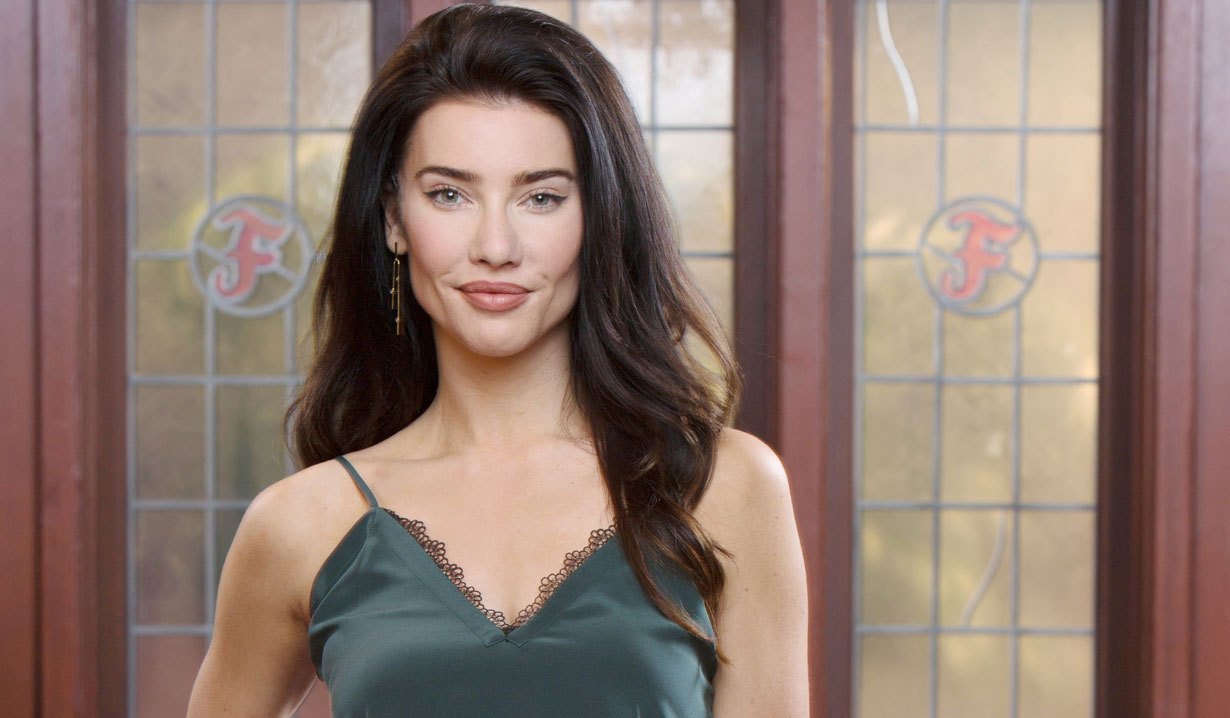 The Bold and the Beautiful (B&B) spoilers tease that Steffy Forrester (Jacqueline MacInnes Wood) has had some time to digest what a faux birth mother and her brother did. With Phoebe Forrester’s (Madeline Valdez and River Davidson) reversion back to Beth Spencer, Steffy is trying to rebalance her life. Anger is naturally resulting, aimed at two of the people who were directly involved in the lies connected to the baby steal and conceal.

Thomas Forrester (Matthew Atkinson) wanted to play God. So he withheld information he learned from Flo, in order to help orchestrate the breakup of Lope. With that accomplished, Thomas was happy to see Liam Spencer (Scott Clifton) return to the cliff house to live with Steffy, where they were raising Kelly and Phoebe together. The other outcome was that Hope Logan (Annika Noelle) agreed to assume Thomas’ last name in order to serve as Douglas Forrester’s (Henry Joseph Samiri) mother figure.

Steffy’s trip to jail is not a mercy mission. She’s there to tell Flo off, which happens.

Flo comes before Thomas on Steffy’s rage list because she’s more responsible than him for all that’s happened. Bowden’s character has no more secrets to keep, or lies to tell and is prepared for Steffy’s scathing rebuke.

B&B fans know that Ridge Forrester (Thorsten Kaye) needs Flo. Thomas’ intimidation of her, which includes a threat against his life, makes Flo an enemy. But Ridge hopes to turn Flo into an asset by helping her get released from prison.

Thomas is sorry. But those whose lives were affected believe that he’s more sorry to have been caught than to have done wrong.

What Thomas did to Beth, Hope, and Liam is worse than what he did to Steffy. She wasn’t allowed to believe that her child was stillborn and would never be seen again, while Beth was actually in plain sight under the Phoebe moniker.

However, the pain created was needless, as Thomas could have played the hero. Lacking guts, or a conscience, he kept quiet in order to further an incredibly selfish agenda that inflicted terrible, resonating pain on Steffy.

Bold and the Beautiful Spoilers: Steffy Wants To Settle The Score https://t.co/nX7Put4kte pic.twitter.com/mVQLc2bl55

Wood’s character is resilient. So, she’ll bounce back. Her life was disrupted, no doubt. But the bang-up job she’s doing at Forrester Creations and her life as a mother to Kelly will keep rolling along.

It will be intriguing to see how Steffy reacts when she learns that her dad is helping Thomas and Flo. Ridge will surely be seen as an enabler where Thomas is concerned and a sellout for helping her brother by leveraging Flo’s legal predicament.

Steffy has faced serious personal challenges over the years. She’s worked through them and will do so again now. B&B’s leading lady definitely isn’t done, no matter what Flo and Thomas did, or will do in the future.