Days of Our Lives Spoilers: Stefan And Gabi Suspects In Kate’s Shooting – Will Vivian Let Her Son Take the Fall? 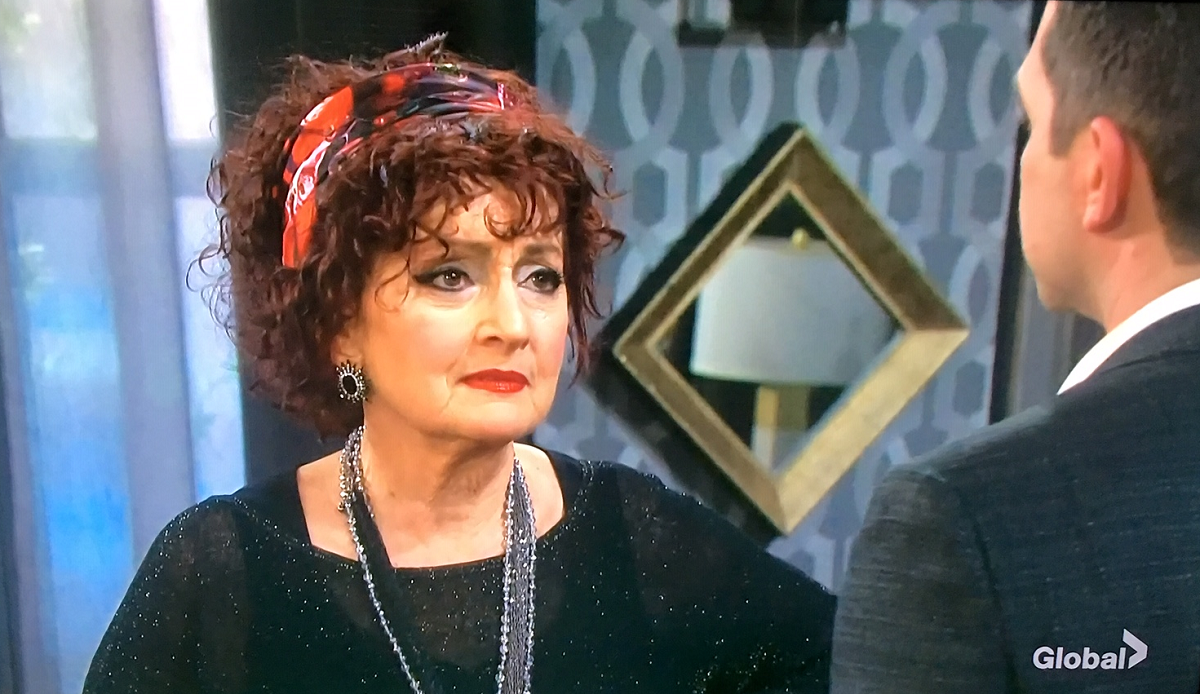 Days of Our Lives (DOOL) spoilers reveal Vivian Alamain (Robin Strasser) shoots Kate Roberts (Lauren Koslow). However, not many people know the villainess is back from the dead.

Last week on DOOL, Stefan DiMera threatened to shoot Kate Roberts. He wanted to avenge his mother’s death. Before finding out Vivian was brought back from the dead, Gabi talked Stefan out of shooting. It took her a while to convince him to drop the weapon, but she did it. However, things are about to get a lot more complicated and stressful.

As fans saw in a recent episode, Stefan found out his mother is actually alive. It turns out that she is another one of the recipients of Dr. Rolf’s (William Utay) resurrection serum.

She was reunited with her son, who urged her to stay away from the DiMera mansion because Kate was living there. The mere mention of Kate’s name brought up anger in Vivian. She wants revenge and will stop at nothing to get it.

On Friday, Vivian shot Kate and began burying her alive. However, Days of Our Lives spoilers reveal the shooting victim literally claws her way out of the grave. She makes it to the hospital and collapses as she gets off the elevator. At one point, expect her to name Vivian as the attempted killer. However, the doctors still think Vivian is dead and believe she is in shock.

DOOL spoilers state that Eli Grant gets involved in Kate’s shooting. He is determined to figure out who tried to kill her. Of course, there is a lot of drama right now with DiMera Enterprises. Stefan and Gabi are the top suspects. Not only did Kate move into the mansion, but she has taken over as CEO of DiMera Enterprises.

It is suggested that Gabi wants to call the police and tell them Vivian is alive. However, Stefan forbids it. He just got his mother back and won’t lose her again so quickly. Unfortunately, it doesn’t seem like Vivian will confess to the crime, even when her son remains a top suspect.