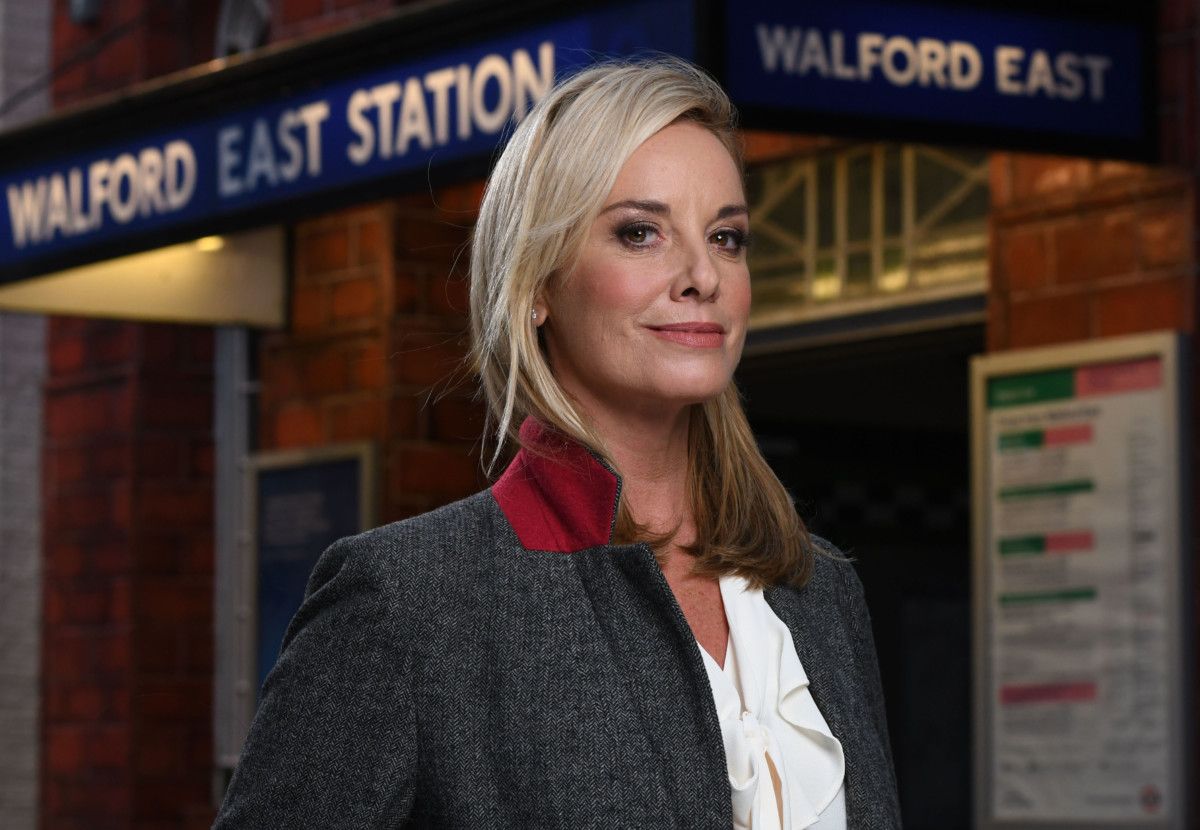 It’s going to be a tense-filled week on EastEnders next week as Mel Owen (Tamzin Outhwaite) encounters several setbacks as she tries to prepare for Hunter Owen’s (Charlie Winter) funeral. Phil Mitchell (Steve McFadden) will give Mel a hard time after putting his son, Ben Mitchell’s (Max Bowden) life at risk when Hunter took everyone at The Vic hostage. He’ll cut Mel off, tell Jay Brown not to be involved in Hunter’s funeral, and ban Louise Mitchell (Tilly Keeper) from attending the service. How will Mel cope with all these?

Viewers may recall that Hunter was shot by the police last week in a terrifying and intense filled scene where he holds everyone at The Vic hostage. He shot Ben, Keanu Taylor (Danny Walters), and tried to kill Louise, too. Before he could pull the trigger to shoot Louise, the police shot him dead in front of Mel.

Because of the terror, Hunter put the locals through, Mel will find herself alone as she struggles to cope with her son’s death. She plans her son’s funeral and takes some cash from the E20 account to finance Hunter’s send-off.

EastEnders Spoilers – Mel Owen’s Problems Come One After The Other

Phil becomes furious when he finds out that Mel took some cash, so he cuts him off. That doesn’t end there. He also instructs Jay not to get involved in preparing Hunter’s funeral service. He asked him to find someone else to deal with the arrangements.

Mel is left distraught when she finds out that she’s been cut off. With no money to fund Hunter’s funeral, she considers scaling back. She takes another blow when Jay delivers the news that he can no longer help her out. However, Jay still allows Mel to get inside the funeral parlor. There, she spends time with her dead son.

The moment she feels she’s all alone, Lisa comes to offer her support. At the day of the funeral, Mel tries to keep her composure with the help of her best friend, Lisa. After the service, they head to The Vic but tensions erupt when they find The Mitchells there, too.

They start arguing after Phil realizes that Jay didn’t follow his instructions and still went to help Mel with the funeral arrangements. Mel heads home but gets an unexpected visitor, Sharon Mitchell (Letitia Dean). The latter tries to settle things, but they will end up arguing as well. What else could go wrong for Mel? How will she cope after her son’s death?