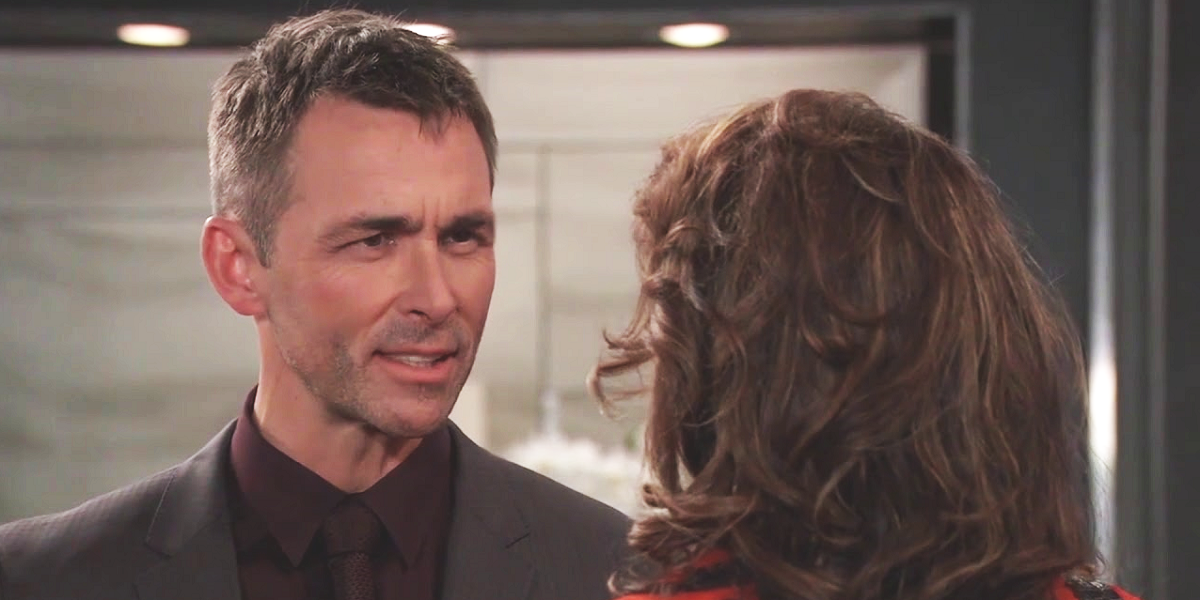 General Hospital spoilers tease that Liesl Obrecht (Kathleen Gati) will find a predicament that Valentin Cassadine (James Patrick Stuart) has found himself in entertaining.Did Sasha Gilmore (Sofia Mattsson) spill her own secret to Michael Corinthos (Chad Duell) as she said she would before she turned the corner with her serious illness?

General Hospital viewers will recall that before Sasha started recovering from her serious case of avian influenza, she promised Michael that she would tell him about the parts of her life that he might not like very well. She, of course, was referring to the part about her not really being Nina Reeves’ (Cynthia Watros) real daughter.

Considering that telling this secret may devastate Nina and ruin her relationship with her pseudo-mother, and the fact that the two have bonded closer than many mother and daughter pairs, Sasha may modify what she tells Michael if she tells him at all about that secret. She did promise him, however so she will want to keep that promise.

General Hospital Spoilers – Sasha Gilmore Does Have Some Options

Sasha does have some options in what she could confess to Michael. Michael doesn’t like lying liars who lie, so she won’t want to tell the flat out truth that she had taken money from Valentin to play the part of Nina’s grown daughter. She really won’t want to tell Michael something that could make him start asking Valentin questions either; but she might have to.

Sasha could leave out the part about her being paid by Valentin and tell Michael the rest of the story, but maybe tell him something like Valentin had been duped by Madeline Reeves (Donna Mills) and a false paper trail was followed that led to Sasha. She could say that this was found out only recently and no one wanted Nina to be hurt over the truth.

If Sasha tells him something like that, she may not expect Michael to start asking questions, especially not of Valentin. But if he is curious or concerned, Valentin would be the only other person he could ask. He won’t want to raise Nina’s suspicions or hurt her either, he may just want to know more about Nina’s mother and not be keen on asking Liesl. Of course, Madeline has been dead for a while now, so she’s not an option to ask questions of.

Michael probably knows that she was in prison for murdering Nina’s ex-husband Silas Clay (Michael Easton). Sasha could tell him the truth came out when they all had their DNA tested to make sure that no one else exposed to her had the avian influenza in their systems. And even if writers neglected to include Michael in that group, it stands to reason that he would have been and so he would know about the procedure.

If Michael were to ask Valentin questions about the DNA test bringing up that Nina and Sasha really aren’t mother and daughter, especially in front of Liesl, who had assured Valentin the tests were fixed, (and they were, by Brad Cooper (Parry Shen) then viewers can imagine that Valentin might just be caught off guard enough to get flustered and stumble around a little bit not knowing what to say!

That might be humorous for not only Liesl, but General Hospital viewers to witness, and Valentin will probably just say Sasha must have misunderstood. Valentin might have some choice words for Sasha afterwards, but at least she would have kept her promise to Michael.