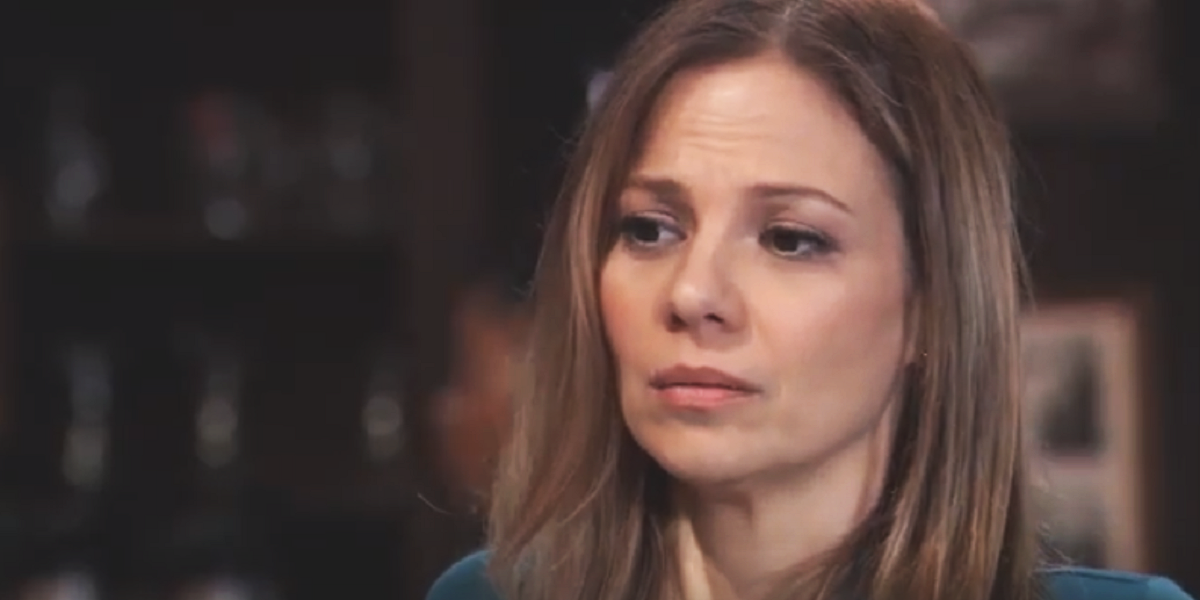 Brad tells Julian about the first baby’s death. Brad tells Julian he was taking the baby to the hospital when Nelle Benson knocked on his window. Julian asked why Brad would agree to this. Brad couldn’t stand the thought of telling Lucas Jones (Ryan Carnes) that their child died. Brad claims to have been protecting the baby. Julian tells Brad he played into Nelle’s hands.

General Hospital’s Maxie Jones (Kirsten Storms) got to visit Sasha Gilmore (Sofia Mattsson) at the hospital. Peter August (Wes Ramsey) calls and demands to know why Andre Maddox (Anthony Montgomery) is still alive. Peter asks about the wreckage from Drew Cain’s (Billy Miller) plane as well. Wyatt Hoover (Patrick Gibbons) tries to run out of the hospital because his mom insists he has surgery. Maxie witnesses Peter explain to Wyatt how he will feel better later. Peter explains to Wyatt that he saved his life. Wyatt promises to be brave again.

Franco asks if this comes back to him. Monica wants to go to the hospital and call the WSB. Franco tells Jason to let him know what he finds out. Jason calls Franco and warns him that he may be next. Jason offers to help protect Franco. Franco is making plans to leave town. Kim Nero arrives and Franco tells her about Drew’s plane.

General Hospital’s Kim Nero (Tamara Braun) runs into Liz Webber (Rebecca Herbst). Kim tries to talk with Liz. Liz says they are all confused. Liz brings up Kim and Franco’s kiss. Liz is trying to see things from Kim’s perspective. Kim explains that Franco doesn’t remember her of the boys. Kim tells Liz that Franco asked her to leave with him. Kim is still moving with Julian to New York City. Kim tries to explain that she was kissing Drew not Franco. Kim explains where Drew is now.

Liz goes off on Kim over Drew and Franco. Kim tries to explain to Liz that Franco is giving her closure. Kim wants to know what Liz will do if Franco doesn’t come back. Liz considers Kim a friend but her sympathy only goes so far. She is doing everything in her power to bring Franco back. Liz insists Kim stay away from Franco. Jason overhears Liz on the phone with Scott Baldwin (Kin Shriner). Jason tells Liz about Drew’s plan.

General Hospital’s Josslyn Jacks (Eden McCoy) has cut school to go to Oscar’s meadow. Michael Corinthos (Chad Duell) finds Joss who talks to him about school. Being ok with being at school seems wrong to her. Michael sits down with Joss and asks what happened. Joss tells Michael about the locker incidence. Joss can’t believe she is already thinking about moving on without Oscar. She then tells Michael about the picture. Joss is mad because she is walking past Oscar’s things. Joss says it’s not fair that she has her life ahead of her but Oscar Nero (Garren Stitt) has nothing.

General Hospital’s Sonny comes home. Carly tells Sonny that Joss isn’t at school and they need to deal with this. Carly tells Sonny that Joss is with Michael. Carly isn’t happy that Joss is covering for Dev Corbin (Ashton Arbab). Sonny accuses Carly of being selfish and blaming Dev. Carly thinks there is a flaw in Sonny’s plan. Carly is annoyed that Kristina Corinthos-Davis doesn’t know the truth about Dev. Sonny thinks Carly is using Joss as an excuse to get rid of Dev.

Carly claims that lying to Jax isn’t helping Joss. Sonny says getting rid of Dev isn’t going to help Joss. Sonny asked if sleeping with Jax helped her grief. Carly throws something back at Sonny.  Sonny wants Carly to take this out on him, not Dev. Carly tells Sonny she’s not going to do this. Carly thinks Sonny is using Dev to drive them apart. Sonny apologizes. Sonny and Carly agree that they need each other. Sonny questions if the baby is going to be as stubborn as Carly.