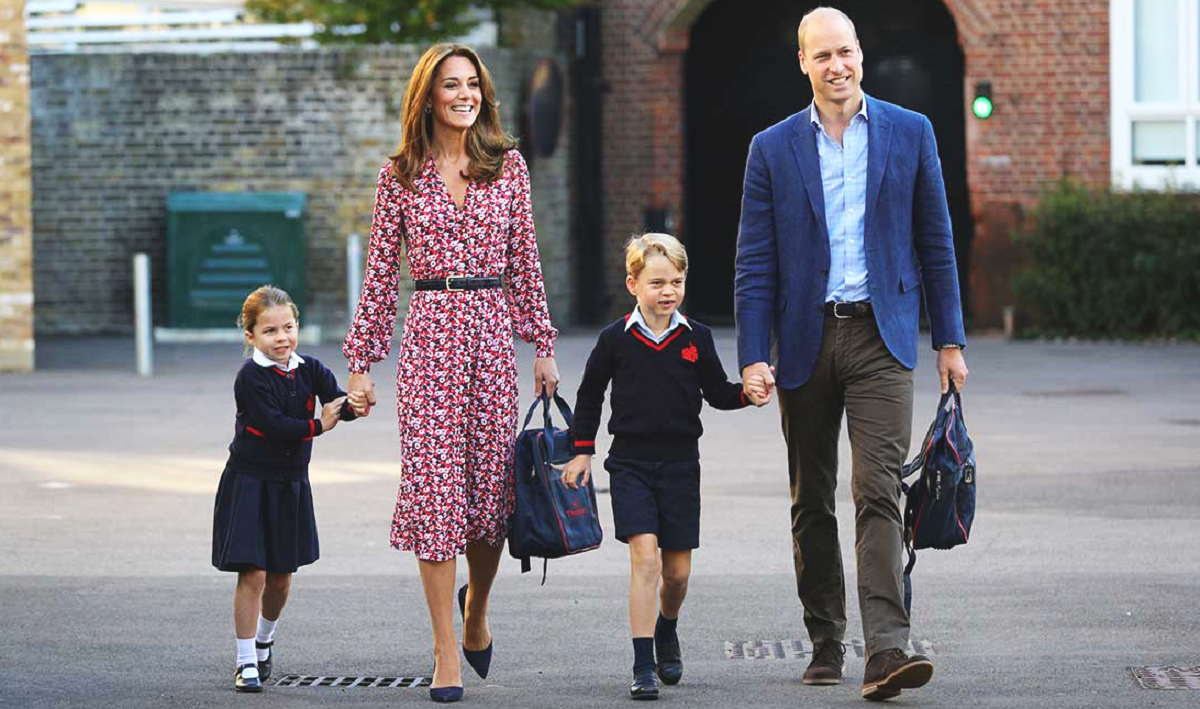 Royal fans and the paparazzi lined up outside Kensington Palace to catch a glimpse of Charlotte going to her first day of school, her biggest fans are her proud parents, Prince William and Kate Middleton.

The Duke and Duchess of Cambridge did the school run themselves and accompanied their precious daughter to her new school. Also with them was six-year-old Prince George, who has been a pupil at the same school for two years now. The future king is said to be very excited to tour his little sister around the campus.

“Prince George is a very protective and lovely older brother,” royal biographer Penny Junor revealed, to The Sun. “I’m sure he’ll look after his little sister and take great pride in showing her the ropes.”

Before heading off to the school, the two young royals posed in front of Kensington Palace while Kate Middleton took a photo. Clad in their dark blue, red-trimmed uniforms, the prince and princess looked excited and were all smiles for their mom’s camera.

Inside the school grounds, the Cambridges were welcomed by Helen Haslem, Princess Charlotte’s new teacher. Kate Middleton was heard whispering encouraging words to her daughter as she sent her off.

“George will have to show you the way,” the mother-of-three said.

Priced at around $23,000 a year, Thomas’s Battersea is a prestigious school for young boys and girls. The school aims to train children to be well-rounded and Princess Charlotte will have a full schedule.

According to the Daily Express, the little royal will study French, computing, art, music, drama, and ballet–just like her older brother. Prince George loves the school’s environment so much and is enjoying his lessons.

Reportedly, the little prince is quite of dancing and can now speak French. No doubt, Princess Charlotte will be following her brother’s footsteps and will soon wow the public!