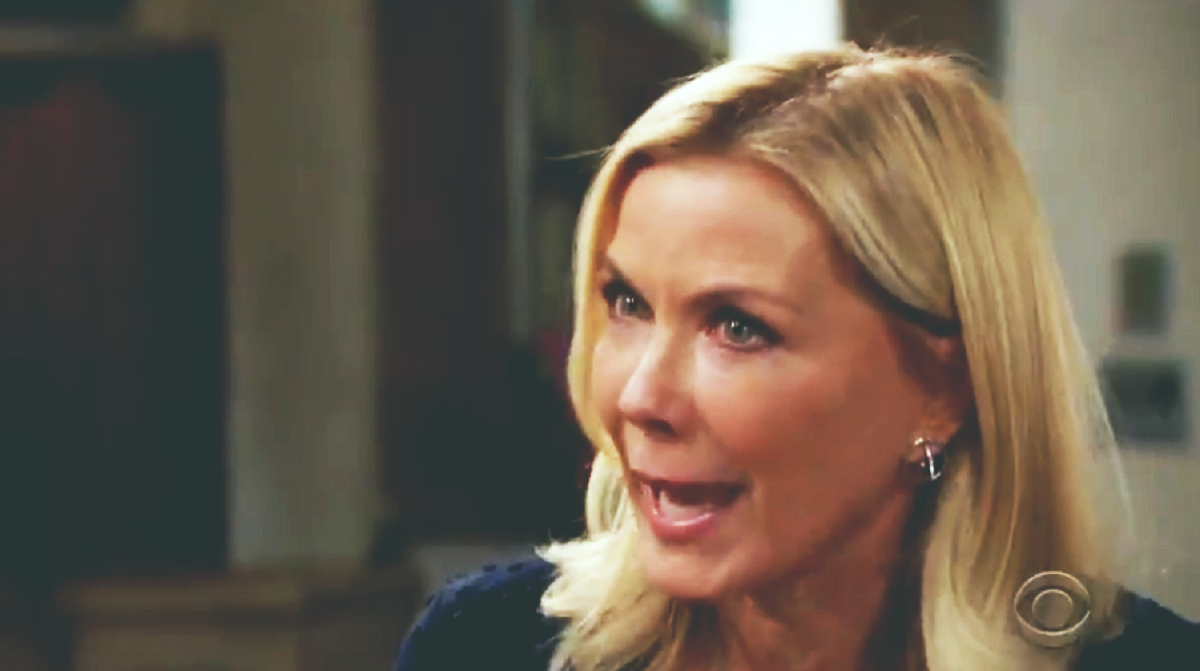 The Bold and the Beautiful (B&B)  spoilers for Wednesday, September 11, tease that Sally Spectra (Courtney Hope) will act true to form. As B&B viewers know, Sally is a feisty gal, and she has a lot of self-respect. She’s been enjoying her renewed relationship with Wyatt Spencer (Darin Brooks) lately, but she wants to be careful, especially since Wyatt only recently broke up with Flo Fulton (Katrina Bowden).

B&B viewers will remember that Wyatt took up with Flo before he had officially ended his relationship with Sally. Sally remembers that, and she wants to take her renewed relationship with Wyatt slowly. On Wednesday’s episode, Sally will get a chance to show Wyatt just how strongly she feels about taking things slowly, and she’ll put her sense of self-worth on full display for him.

According to B&B spoilers, Wyatt will broach the idea of Sally moving back into the beach house with him. But Sally won’t be too sure about that idea. Yes, she used to live with Wyatt, and she loved it, but she’s also aware that Wyatt moved Flo into the beach house when they were together. It looks like Sally will tell Wyatt no for now, and that she needs to be sure that their relationship is going to flourish before she moves back in.

Bold And The Beautiful Spoilers – Brooke Forrester Reels From The News

Next, on Wednesday’s new episode of B&B, Ridge Forrester (Thorsten Kaye) will be faced with a difficult task. As B&B viewers know, he’s just signed off on a deal to grant Flo Fulton full immunity for her crimes related to the kidnapping and illegal adoption of Beth Spencer (River Davidson and Madeline Valdez). He agreed to the deal on behalf of the entire Forrester family, and that’s going to lead to trouble.

The Bold And The Beautiful Spoilers: Hope And Liam’s Reconciliation Official – Ridge Stands By Thomas

The family’s not going to be happy with what he’s done, and there’s one particular family member who will be furious with him for his decision…Brooke Forrester (Katherine Kelly Lang). According to B&B spoilers, Ridge will head home after signing off the deal and he’ll have to tell Brooke what he did.

Well, Brooke will be furious with her husband. She wants nothing more than for Flo to pay for what she did to Hope Logan (Annika Noelle). After all, Hope was led to believe for months that her daughter had died, when in reality she was alive and had been adopted to Steffy Forrester (Jacqueline MacInnes Wood). Brooke won’t be happy to learn that Flo won’t pay for her crimes, and she’ll rail against her husband.

Of course, it will only make Brooke angrier when she realizes why Ridge signed off on Flo’s deal…to protect Thomas Forrester (Matthew Atkinson).

The Bold And The Beautiful Spoilers: Wyatt Asks Sally To Move In—Flo Determined To Win Him Back! https://t.co/Oq5iC8NeOQ pic.twitter.com/rgMIJo3OMY

Brooke wants Thomas to pay for his crimes, too, and she won’t think that he needs to be protected. Look for a major fight between Brooke and Ridge as Brooke tries to wrap her head around what her husband has done.