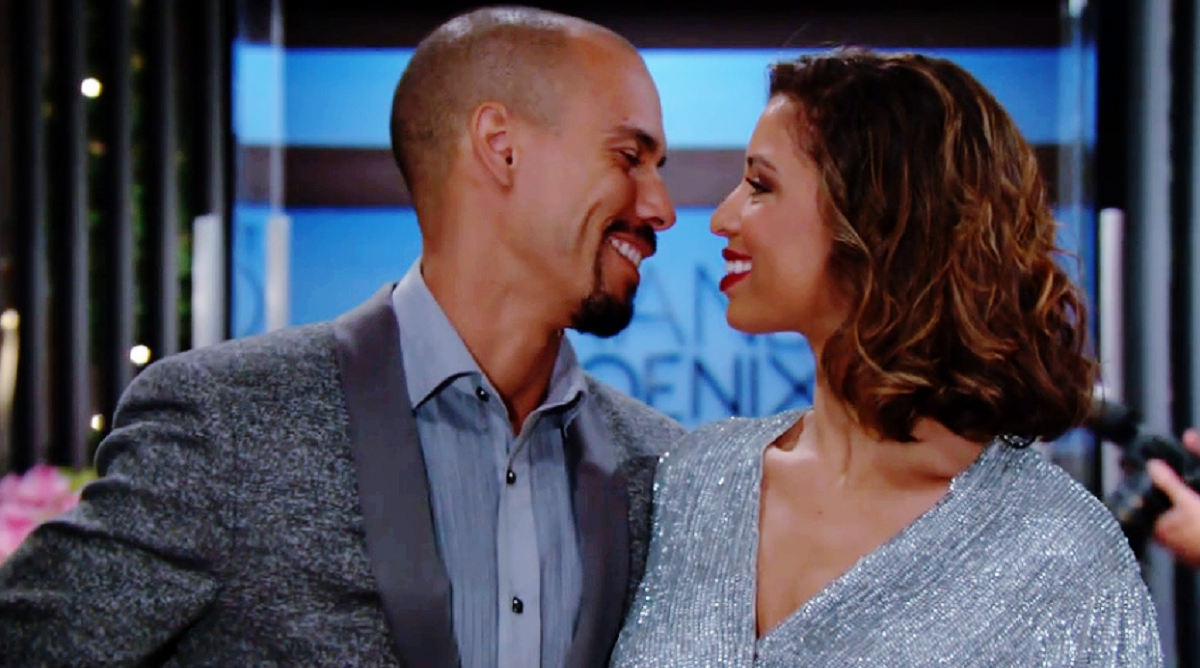 The Young and the Restless (Y&R) spoilers for Wednesday, September 11, tease that Chelsea Newman (Melissa Claire Egan) will worry about the Grand Phoenix’s fate. At home, Chelsea talks to Nick Newman (Joshua Morrow) about the cancellations they’re already being flooded with. Nick gives her a pep talk and hopes the future’s still bright.

Meanwhile, Summer Newman (Hunter King) is hungover but determined to head to Jabot. She encounters Phyllis Summers (Michelle Stafford) first, who stops by Nick’s place to discuss the party. Summer wonders if Phyllis was responsible for the sabotage, but her mom denies it. Although Summer’s sorry she had to ask, we can see why she would feel the need to!

Summer also mentions her kiss with Kyle, which she’s humiliated by. Next, Phyllis discusses the Grand Phoenix ordeal with Nick. They both want the culprit to pay for what was done to Summer. At Jabot, Summer has a conversation with Kyle and she indicates that Zoe Hardisty (Anna Grace Barlow) is her top suspect.

The kiss ultimately comes up, but Kyle is reassuring. Lola Abbott (Sasha Calle) saw and it’s splashed all over social media, but at least Kyle didn’t indulge in a drugged drink or two. He doesn’t know how he would’ve reacted. Summer accepts Kyle’s hug before leaving and gazing back at him.

At Society, Rey Rosales (Jordi Vilasuso) intends to seek justice. The fact that Sharon Newman (Sharon Case) was involved made it personal. Theo Vanderway (Tyler Johnson) gets grilled by Paul Williams (Doug Davidson) and Rey – who do their best version of “good cop, bad cop.” It isn’t long until Theo suggests Zoe may be behind the spiked Grand Sangrias. He points out that he has a history with her and so does Kyle.

Abby comes over later and drops a hint about Theo’s responsibility in this. She points out he said scandals can make the best openings. Theo maintains his innocence and once again points the finger at Zoe. Paul doesn’t want Theo to leave town since the investigation is still underway. He hopes the security footage will supply answers, but he comes up empty later and decides to speak with Zoe.

At the park, Phyllis scores a meeting with Zoe and she praises her handiwork last night. She acts pleased with how things went down for Chelsea and Abby Newman (Melissa Ordway), but she wonders what Zoe’s real motive was. The saboteur notes that it was all about revenge. Zoe shares her story and rants about what she went through. She suggests Theo claimed he wanted to make things right, but he was just using her.

Zoe’s hopeful that Theo will crash and burn while she becomes a rising star. She confesses to popping some Molly in the Grand Sangria pitchers and watching the chaos unfold. After Zoe’s gone, Phyllis is satisfied since she recorded the whole thing. She calls Abby and she is annoyed when she gets her voicemail. Phyllis leaves a message saying she’s the answer to Abby’s prayers before deciding she’s actually the answer to ALL their prayers.

At Devon Hamilton’s (Bryton James) penthouse, Elena Dawson (Brytni Sarpy) takes care of him and reassures him following his panic attack. The Molly mixed with Devon’s meds, which led to his rising blood pressure. Devon suggests he felt like he was going to die. He thought he’d be joining Hilary Hamilton (Mishael Morgan) and Neil Winters (Kristoff St. John), but he’s not ready to leave his life with Elena.

Devon gushes about what a great gal Elena is before she confesses that she loves him. She gets a love declaration in return, so she repeats her feelings again and kisses Devon sweetly. The Young and the Restless spoilers say this could be the calm before “Elevon’s” storm. We’ll give you updates as other Y&R news and rumors emerge. Stay tuned to see what’s ahead in Genoa City.