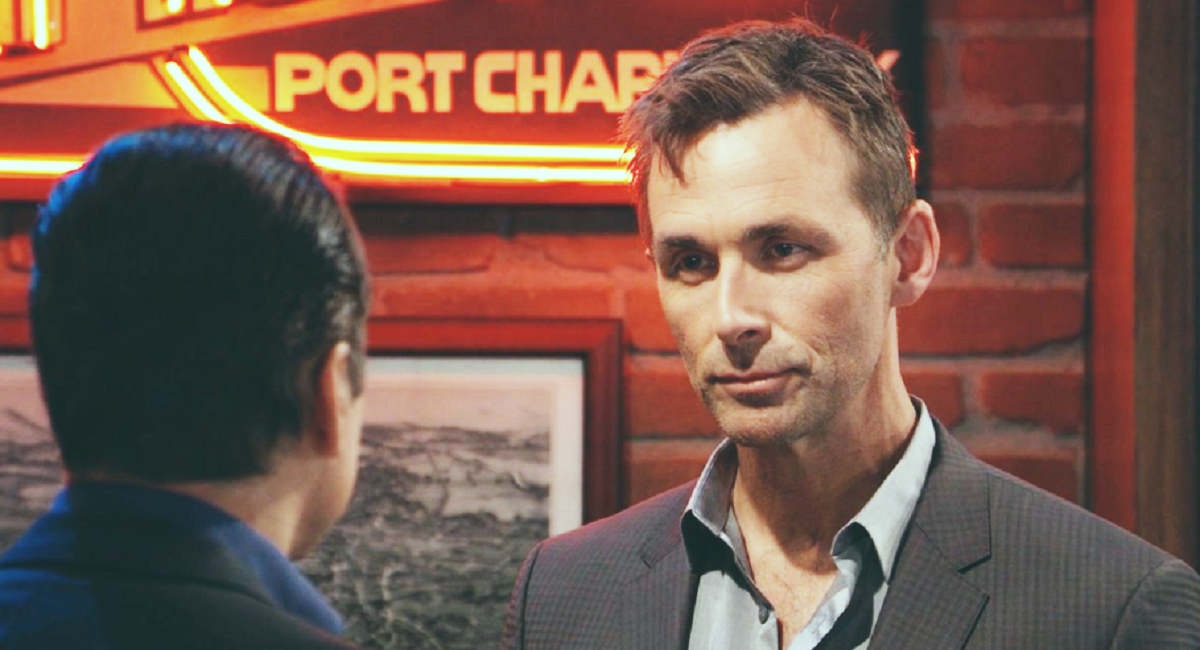 General Hospital (GH) recap for Wednesday, September 11 reveals Laura Webber (Genie Francis) is bombarded by the press. She is questioned about Drew Cain’s (Billy Miller) disappearance but has no information.

Jordan Ashford (Briana Nicole Henry) dismisses the reporters and pulls her into the station. Laura and Jordan discuss the parallels of Drew and Andre Maddox’s (Anthony Montgomery) attacks. Laura tells Jordan that they are not getting the whole story about the flu outbreak.

Lulu tries to explain that Dante Falconeri (Dominic Zamprogna) is sick and cannot be there. Olivia Falconeri (Lisa LoCicero) gives Rocco a glove from Dante. Lulu Falconeri (Emme Rylan) is mad because Olivia lied to Rocco. Olivia is upset with Lulu’s reaction to the gift and when Dustin Phillips (Mark Lawson) shows up. Rocco wants Dustin to stay and Lulu agrees. Valentin & Nina want to discuss Charlotte’s schedule with Lulu & Laura. Valentin doesn’t seem concerned about Cassandra. Valentin promises to be handling the situation. Olivia is not happy with Lulu and Dustin’s friendship.

Jax wants to talk to Curtis first. Curtis assures Jax that he won’t make the mistake of working for Valentin again. He needs an expert on Helena Cassadine (Constance Towers). Curtis says he will find someone. Jax calls Sam McCall (Kelly Monaco) in to discuss Aurora. Jax wants Sam to work in Drew’s place until he returns. Sam can’t handle this right now.

Liz can tell her boys that Drew saved Franco. Sam tells Liz that saving Franco is not worth Drew’s life. Liz says Franco has changed. Liz thinks Sam should let it go. Sam lives with what Franco did every day. Sam says Franco would be happier without his memories. Sam thinks most people would be happier without Franco. Hayden tries to chastize Sam. Sam tells Liz she really just wanted to check on her. Hayden offers to help Liz tell the boys about Drew.

General Hospital’s Franco Baldwin tells Kim Nero about Drew’s disappearance. Kim says this can’t be true. Franco holds Kim to comfort her. Kim sinks to the floor and doesn’t believe Drew could be gone. Someone knocks at the door. Kim opens it to find Harrison Chase (Josh Swickard) standing there. Chase wants to ask Franco a few questions. Chase wants to talk without Kim there. Chase tells Kim and Franco there were no survivors.

He mentions that Drew’s plane disappeared the same time Drew was attacked. Franco never met Andre but knows he is was involved in the memory transfer. Kim defends Franco as Drew. Chase shows Kim and Franco a composite of Andre’s attacker. Kim tells Chase to contact Franco’s lawyer with further questions. Franco mentions that Kim called him Drew to Chase. Franco doesn’t want Kim to leave and discusses their memories. Kim has said all she needs to say and leaves.

General Hospital’s Josslyn Jacks is still in Oscar’s Meadow. Trina Robinson (Sydney McKayla) and Cameron Webber (William Lipton) arrive. Trina and Cam try to help Jocelyn but she doesn’t want to move on from Oscar Nero (Garren Stitt). Trina telling Joss about the teacher being hot. Cam gets a text from Liz. Had to get home ASAP.

Joss says she needs to get home she’s been getting texts from her mom all day. Trina suggests they get a snack and discuss Joss skipping school. Jocelyn and Trina go to Charlie’s. Trina points Dustin out as the new teacher. Laura asks about their first day of school. Joss needs a week to decide. Curtis approaches Laura and needs her help with the Cassadines.