The Young And The Restless Spoilers For Thursday, September 12: Zoe Under Arrest — Phyllis Scores a Win – Nate Has Victor’s Test Results 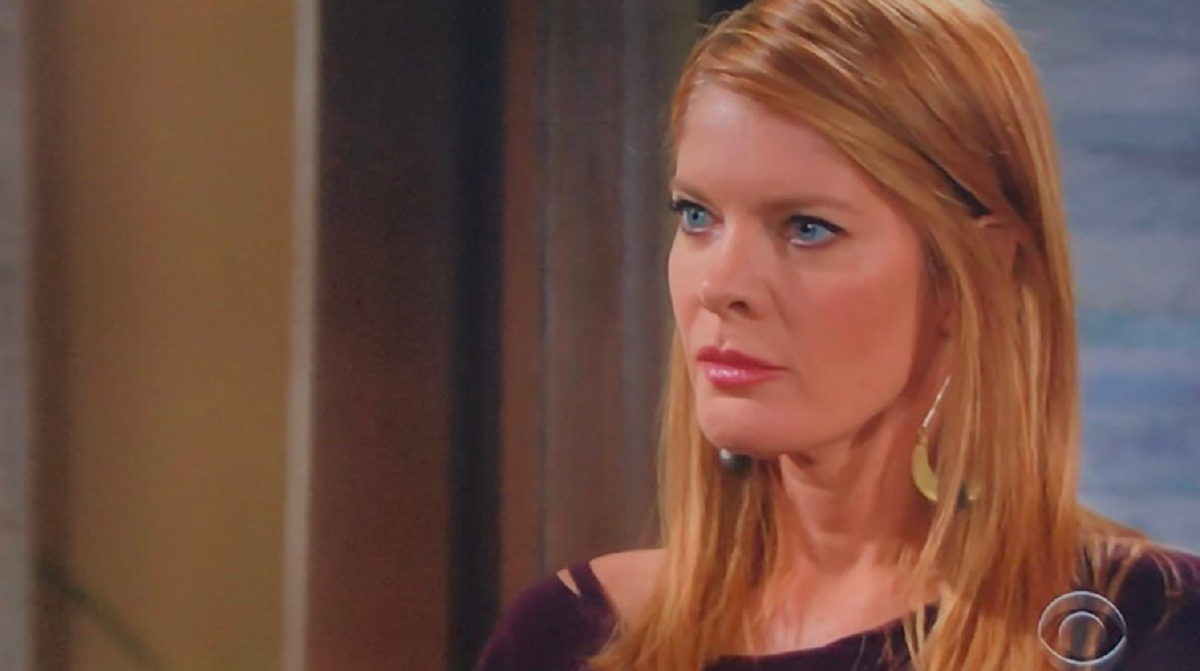 The Young and the Restless (Y&R) spoilers for Thursday, September 12, tease that Chelsea Newman (Melissa Claire Egan) will continue to battle hotel concerns. At home, she worries to Nick Newman (Joshua Morrow) about the damage that’s been done and gets some reassurance. Phyllis Summers (Michelle Stafford) eventually texts Chelsea and suggests she’s the answer to her problems.

At the Grand Phoenix, Abby’s also concerned about their hotel being in jeopardy. She ignores Phyllis’ text about needing to talk and gets comfort from Nate Hastings (Sean Dominic). Paul Williams (Doug Davidson) updates Abby on the lack of definitive evidence. The security footage didn’t provide anything, so Abby seethes and listens to Nate’s pep talk.

At Adam Newman’s (Mark Grossman) penthouse, Phyllis pops in and mentions the new angle she’s working. She intends to take advantage of Chelsea and Abby’s misfortune. Phyllis notes that she can prove who was behind the mass drugging, so Adam guesses she’s going for a hotel stake.

After Phyllis mentions Summer Newman (Hunter King) and Sharon Newman (Sharon Case) being among the victims, she assures Adam she’ll emerge victorious. At the coffeehouse, Sharon encounters Rey Rosales (Jordi Vilasuso). He checks on Sharon and notes that he has to grill everyone who was at the party.

Sharon expresses her embarrassment over the kiss she planted, but Rey reminds her they were under the influence. He points out that he didn’t really pull back either. Rey and Sharon are in agreement that the outcome could’ve been worse. Talk turns to Sharon’s road trip, so Rey seems curious about if she’s traveling with Adam. Sharon notes that this is just a solo trip to gain perspective.

Adam shows up after Rey exits and wants to know how Sharon’s doing. He lets Sharon know he can help her, but Sharon promises she can take care of herself. She brings up her trip before leaving, so Adam just stands there and smiles.

At Newman Enterprises, Victoria Newman (Amelia Heinle) hopes Billy Abbott (Jason Thompson) has been found when a phone call comes in. At the ranch, Victor Newman (Eric Braeden) is frustrated over his health setback and doesn’t want Nikki Newman (Melody Thomas Scott) to tell the kids. Nick appears soon after and inquires about how his dad’s doing. Victor dodges the subject and wants to talk about Summer instead.

Victoria makes her way over to join the fam, but she doesn’t have anything positive to report on Billy. She still doesn’t know where he’s at. Once Victor struggles with some weakness, Nate gets called over. Victor doesn’t want to visit the hospital, but he lets Nate check him out. Nate reveals that he’s got some test results for Victor, so they prepare to talk.

Meanwhile, Abby joins Chelsea at Nick’s place as they strategize. They don’t want to deal with Phyllis right now, but the pot-stirrer herself comes waltzing in. However, Phyllis insists she can get them out of their jam. She explains that she has proof against Zoe Hardisty (Anna Grace Barlow), but she wants a hotel stake in return.

Y&R Spoilers– Zoe Is Hauled Off To Jail

Abby demands to see the evidence first, so Phyllis lets them hear the recording and displays some hacked security footage. That leaves Abby fuming since Phyllis covered up a crime to get her way. Nevertheless, Phyllis presses on and pushes for a deal. Chelsea and Abby end up giving her a 25 percent stake, so Phyllis produces a contract for their signatures.

Back at the Grand Phoenix, Paul talks to Rey about part of the surveillance footage being deleted, which doesn’t seem like a move Zoe would’ve made. Later, Phyllis is on hand to greet Zoe. The blogger thinks this is a business-related discussion, so she’s stunned when Rey and Paul come out to make an arrest.

The Young and the Restless Spoilers Thursday, September 12: Zoe’s Arrested – Victor’s Health Deteriorates – Phyllis Gets A Stake In The Hotel https://t.co/Gko1tZqRtp pic.twitter.com/o1mF8btbph

Abby notes that Zoe got the fame she was seeking. She watches Zoe get hauled off along with Chelsea. Once everything settles down, Phyllis reveals that she has a title in mind for herself. She’s thinking Chief Executive in Charge of Security. Chelsea and Newman aren’t exactly excited about this arrangement, but they toast with Phyllis anyway.

At Adam’s penthouse again, he enjoys a visit with Connor Newman (Judah Mackey). They play gin before Connor gushes over his dad making everything fun. Connor mentions how he’d like for Chelsea and Adam to get back together. Adam assures Connor that he’ll remain a big part of his life and gives him a hug.

The Young and the Restless spoilers say Adam will face another round of Newman war soon enough. So Y&R fans, what do you think about what’s coming up on the CBS soap opera? Voice your opinion in the comments below and don’t forget to check back often for the latest Young and the Restless(Y&R)  spoilers, rumors, updates, and news.