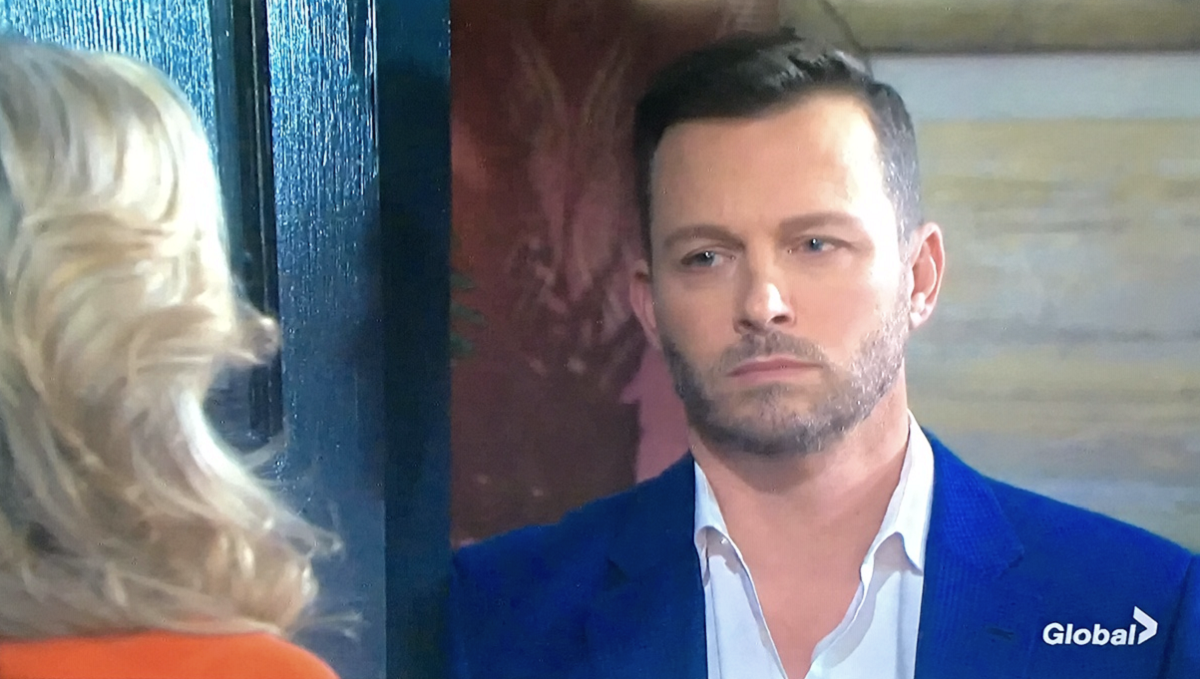 Days of Our Lives (DOOL)  spoilers for Friday, September 13, tease that Sarah Horton (Linsey Godfrey) is in for a shock. DOOL fans know Sarah’s been tempted to tell Eric Brady (Greg Vaughan) about her pregnancy, but she’ll ultimately keep her mouth shut.

However, Sarah’s secret is still out of her hands. That’s because Xander Cook (Paul Telfer) learned the truth and will admit it to Sarah on Friday.

Sarah will likely have a mini freak-out, but Xander will offer plenty of reassurance. He loves Sarah and just wants to help, so he’ll want to do whatever she needs. It looks like Xander will even offer to pose as the “baby daddy.” “Days of Our Lives” spoilers say Xander will continue to prove his devotion, so Sarah will have a lot to think about.

Across town, the temptation will be a problem for Brady Black (Eric Martsolf). Part of Brady loathes Kristen DiMera (Stacy Haiduk), but another part of him is inexplicably attracted to her. Brady knows Kristen’s right about his love for bad girls, so that’ll be tough for him to deal with in Friday’s episode.

Days of Our Lives Spoilers: Eve Has A Final Trick Up Her Sleeve — Her Latest Scheme Will Rock Salem!

Brady may be tempted to throw his rule book out the window and just join Kristen in her bed. The good news is Brady will avoid that mistake for now. The bad news is Brady’s struggles will remain. He’ll be unbelievably torn he tries to process his feelings and move forward. Brady may even be tempted to drink, so he’ll have to seek help if he needs it.

Other Days spoilers say Eve Donovan (Kassie DePaiva) will track down Vivian Alamain (Robin Strasser). Since Eve just lost her lawsuit against Jack Deveraux (Matthew Ashford), she’ll be looking for another strategy. Eve will think Vivian can help her out by talking to Stefan DiMera (Brandon Barash). It seems Eve will push Vivian to put in a good word for her and perhaps score her a job at DiMera Enterprises.

Days Of Our Lives Spoilers – Vivian Alamain Sneaks Into The Hospital

Eve could use some cash flow since she now has a mountain of legal fees to take care of. Naturally, Eve could also want Stefan to help her out with revenge on Jack. The DiMeras are pros at that sort of thing, so Eve might think Stefan could come through for her in one way or another.

Days of Our Lives Spoilers: Fans Debate As Sarah Cries Over Unplanned Pregnancy – Should We Feel Sorry for Her? https://t.co/JBI36v6SbP pic.twitter.com/MiATHz8ZN8

Regardless, Vivian will have more important issues to worry about. She’ll still be determined to end Kate Roberts’ (Lauren Koslow) life, so she’ll sneak in the hospital on Friday. “Days of Our Lives” spoilers say Vivian will attempt to finish off her rival, but she won’t achieve her goal. That should leave Vivian frustrated as she plots her next move.

It sounds like a great episode’s coming up. We’ll give you updates as other “Days” details and rumors emerge. Stick with DOOL and don’t forget to check back often for the latest Days of Our Lives (DOOL) spoilers, rumors, updates, and news.