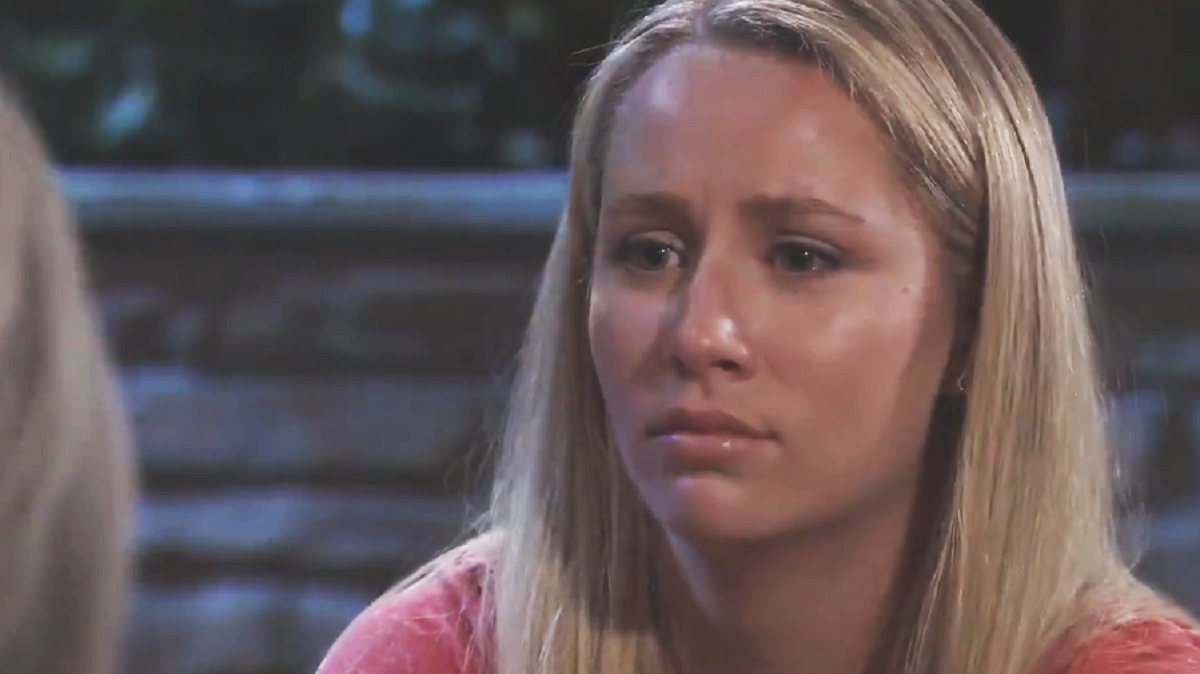 General Hospital’s Joss is at Charlie’s when Dev Cerci (Ashton Arbab) tries to get her to go home with him. Dev accuses Joss of being afraid to go home. Sonny arrives and tells Joss she should be. Sonny tells Joss she is worrying Carly. Joss explains she was doing good at first. Sonny explains that leaving school was not the issue, not telling Carly is.

Joss tells them why she left school. Jocelyn gets upset and storms out of the room. Jax asks about Dev’s day at school. Sonny tells Jax he can leave now. Sonny explains to Dev that people will start asking questions if he doesn’t go to school. Sonny tells Dev that Jax doesn’t like a teenage boy living with his daughter. Dev overhears Carly saying he has to leave.

General Hospital’s Ava Jerome (Maura West) speaks to Julian Jerome (William DeVry) about selling her penthouse. Ava goes on about Sonny’s kids adoring him. Ava says Kiki Jerome (Hayley Erin) wasn’t speaking to her when she died. Sonny tells Ava he is leaving in a few days. Ava wants Julian to stay and look out for her. Ava says she is not Julian’s responsibility. Ava tells Julian that Kim will still be grieving no matter where she is. Julian wants a fresh start.

Ava tells Julian the world doesn’t let you forget who you are and he will get backed into a corner and revert back to the person he has always been. Liesl arrives and Julian stares at her. Liesl orders herself and Ava a drink. Julian tells Liesl to talk about children. Ava and Liesl toast after Julian pour their drinks.

Liesl passes out and Julian urges Ava to go home. Julian walks Ava to the door. Ava has given Julian a lot to think about. Ava leaves and Julian is alone with Liesl. Julian picks up a knife and stands by Liesl. Julian can’t bring himself to kill Liesl and tells her to call a ride.

Valentin tries to put Nina at ease. Nina is determined to move on with the wedding. Nina and Valentin kiss. Nina goes home with Valentin promising to pick Sasha up tomorrow. Michael says he should leave too. Sasha wants Michael to stay. Michael questions why Sasha is so intimidated by Liesl. Nina goes by Crimson to get some paperwork. Sasha tells Michael that Liesl knows she isn’t the person Nina wants her to be. Michael promises not to run from Sasha’s truth if she doesn’t run from his.

Laura says she is probably the local expert on the Cassadines. Curtis says there is something about the will that could bring down Valentin. Curtis assures Laura that Spencer Cassadine (Nicolas Bechtel) can come home if he finds what he is looking for.

General Hospital’s Nina says she is going to share her suspicions with Drew. Jax informs Nina that Drew is missing. Drew is presumed dead. Jax is the only remaining CEO of Aurora. Nina is stunned that Drew could be dead. Someone is looking at Nina’s social media posting and breaks their phone.