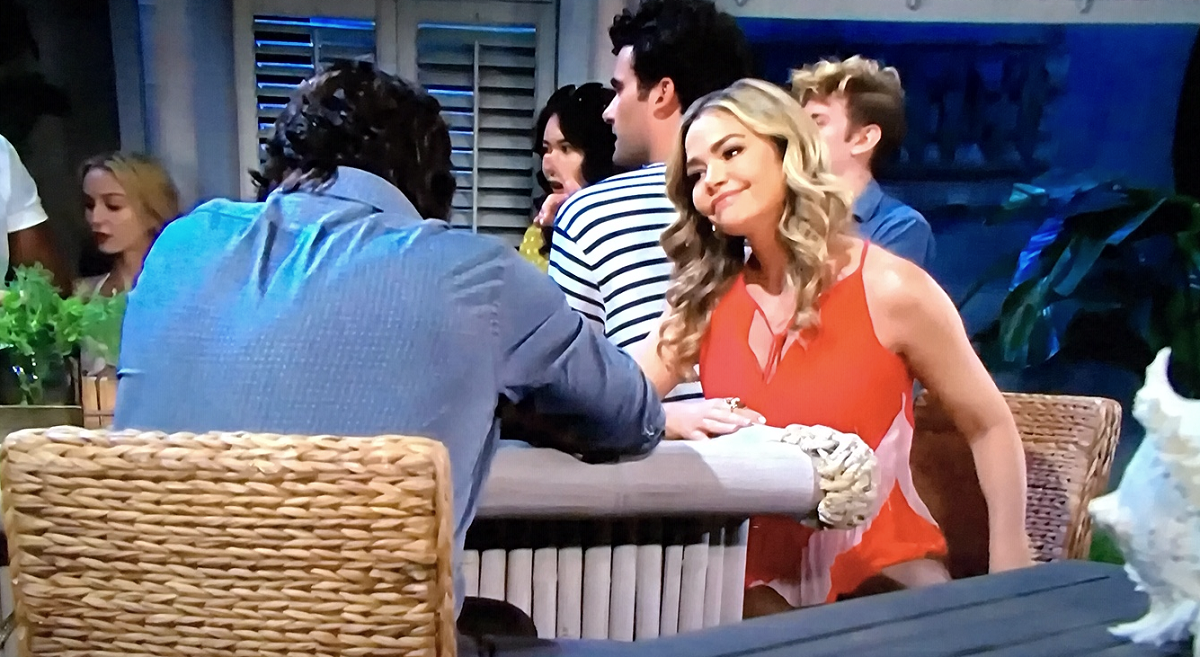 The Bold and the Beautiful (B&B) spoilers for Friday, September 13, tease that Sally Spectra (Courtney Hope) will overhear some infuriating information. As B&B viewers know, Sally is now back together with Wyatt Spencer (Darin Brooks).

She’s determined to take things slowly with him and do things right this time around, and she really wants their relationship to work. And she won’t tolerate anything or anyone coming between them.

According to B&B spoilers, Sally will find herself in an interesting situation. She’ll overhear Flo Fulton (Katrina Bowden) talking about her “plan” with respect to Wyatt. Whether Flo is talking to herself or to someone else, Sally will get the gist of her plan pretty quickly, as Flo will be determined to earn Wyatt’s forgiveness and get him back.

Bold And The Beautiful Spoilers: Ridge And Shauna Make A Secret Pact, Tough Times Ahead For Bridge @celebratesoaps #bb #boldandbeautifulhttps://t.co/find5yvDtH

Sally won’t be happy to hear this from Flo – after all, Flo totally hurt Wyatt when she lied to him throughout their entire relationship. As B&B viewers know, Flo led Wyatt and everyone else to believe that she was the birth mom to the baby adopted by Steffy Forrester (Jacqueline MacInnes Wood) – the baby who turned out to be Beth Spencer (River Davidson and Madeline Valdez). Sally will gear up and confront Flo about her little plan.

And according to B&B spoilers, Sally will take the opportunity to blast Flo for her con against the Forrester and Logan families, and for lying to Wyatt. Of course, Flo won’t really have much to say for herself, other than her typical stance that Reese Buckingham (Wayne Brady) deceived her and Thomas Forrester (Matthew Atkinson) threatened her. But don’t look for Sally to let Flo off the hook – we should see a feisty confrontation.

Meanwhile, on Friday’s new episode of B&B, Ridge Forrester (Thorsten Kaye) will find himself in quite the situation. As B&B viewers know, Ridge and Brooke Forrester (Katherine Kelly Lang) had a huge fight at the mansion and Ridge stormed out. From there, he headed to Bikini Bar, where he’s been drinking ever since. He’s now quite drunk, and he’s already rejected help from Carter Walton (Lawrence Saint-Victor).

Well, Ridge isn’t the only one who just had a bad interaction with Brooke. Shauna Fulton (Denise Richards) stopped by the mansion shortly after Brooke and Ridge’s fight, and she had a fight of her own with Ridge’s wife.  Brooke promptly pushed Shauna out of the mansion, and Shauna might be wanting a little revenge. And she may very well get that revenge since she’s now at Bikini Bar with Ridge.

According to B&B spoilers, Ridge will be in no condition to leave the bar on his own. It looks like he may barely be able to walk without stumbling. Danny the bartender (Keith Carlos) and Shauna will tend to Ridge, and it looks like that will mean getting him a hotel room for the night.

Shauna will wind up staying with Ridge for the night, but whether anything intimate happens between them remains to be seen. At any rate, it will be something that Ridge won’t want Brooke to know about. Be sure to tune in on Friday to catch up on everything happening on B&B right now. Check Hollywood Hiccups often for updates, news, rumors, and spoilers!