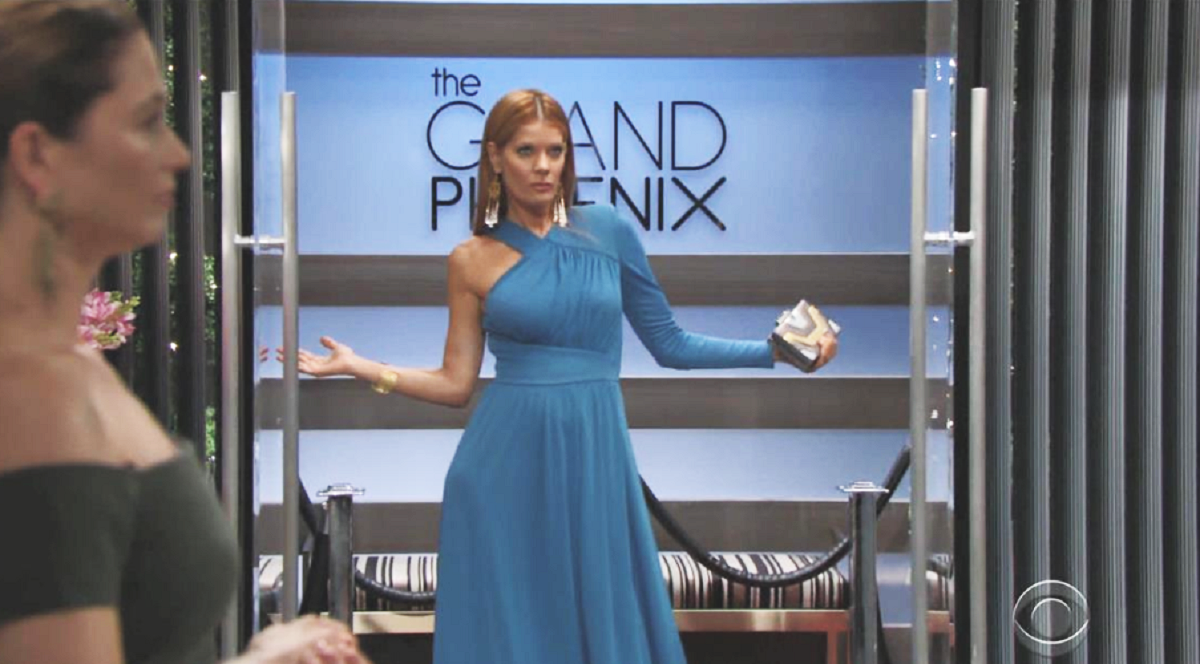 The Young and the Restless spoilers tease that Phyllis Summers (Michelle Stafford) was onto Zoe Hardisty (Anna Grace Barlow) from the jump. She knew that Barlow’s new character was naive. She also kept watch over her at the opening of The Grand Phoenix due to Miss Hardisty’s suspicious actions.

It’s good for everyone that Phyllis was perceptive because she was able to monitor Zoe’s behavior at the grand opening party that quickly spun out of control. This included eye-witnessing Zoe digitally recording the drug-induced states of many attendees at Abby Newman (Melissa Ordway) and Chelsea Newman’s (Melissa Claire Egan) ultra hyped event.

Later, Phyllis gets Zoe to admit to spiking drinks at Chancellor Park, which has become quite the spot for drama on Y&R.

Young & The Restless Spoilers – Phyllis Summers Rises From The Ashes

Phyllis (as then played by Gina Tognoni) was in serious decline earlier this summer. She returned to her misguided ways, alienating numerous people who were supporters.

Eventually Phyllis found herself held captive and assumed that Adam Newman (Mark Grossman) was responsible, when it was actually Kevin Fisher (Greg Rikaart). She escaped and went to Las Vegas, Nevada, in order to dig dirt on the recast character Grossman began playing this spring.

Stafford’s return to the cast was highlighted through a bar scene in Vegas. The iconic Phyllis learned that Adam was connected to Chance Chancellor (as last played by John Driscoll).

That bit of valuable information came into play at The Grand Phoenix party when Devon Hamilton (Bryton James) referenced Chance as potentially being connected to a challenge that’s being made against Katherine Chancellor’s (Jeanne Cooper) will. Zapping Zoe is good, but how Phyllis chooses to handle the Chance information could prove key to her hoped for rise from the ashes.

Many in Genoa City, Wisconsin, remain understandably suspicious of Phyllis. She’s purposely wronged many during her time in this Midwestern setting, dating back to the mid-1990’s.

However, Phyllis has been genuinely trying to make amends for her past misdeeds. That includes her voluntary ties to Adam.

Y&R fans know that Phyllis’ open-hearted efforts to orchestrate the sale of various Dark Horse properties to Newman Enterprises was a veiled gift to Nick Newman (Joshua Morrow), who she still cares for. Phyllis worked with Vickie Newman (Amelia Heinle) on that effort that was designed to undermine Adam.

Even though Phyllis’ fight with Victor Newman (Eric Braeden) is real, she’s deeply concerned about Adam double-dosing his father’s medication. Phyllis is calling on Adam to end all of his revenge plans, which is very telling.

It appeared as though Y&R might be setting up Adam and Phyllis as a couple. Reversing their first names and picking letters from them yields the monstrous, Phadam pairing. But is that a realistic possibility?

Phyllis has been open about working against Adam. If she chooses to out him to Nick, or maybe even Victor, she’ll have fully demonstrated her goodwill intentions.

The appearance of collusion with Adam seems to be a means to an end for Phyllis. But Grossman’s character is super sharp. So hopefully Phyllis continues to pursue redemption and isn’t damaged by Adam along the way to that goal.