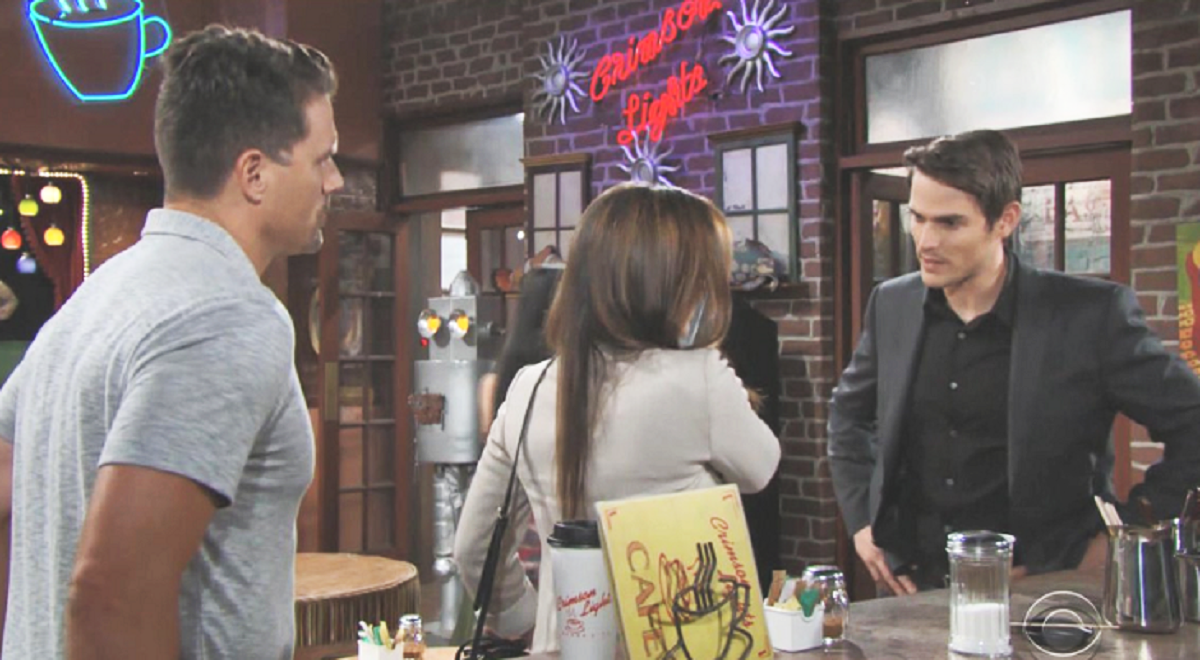 The Young and the Restless (Y&R)  spoilers tease that Nick Newman’s (Joshua Morrow) actions towards Adam Newman (Mark Grossman) will cause issues in his new relationship with Chelsea Newman (Melissa Claire Egan).

There’s a lot more to Nick Newman’s animosity towards Adam Newman (Mark Grossman) than mere sibling rivalry, or not liking him. Although Adam arrived in the Newman family later, with his half-siblings resenting him, their father, Victor Newman (Eric Braeden) gave him several chances to be a “full Newman” with offers to join Newman Enterprises.

But this is how Victor was repaid. Adam conspired with Jack Abbott (Peter Bergman) in 2008 to write a fake diary where Victor confessed to the murder of Walter Palin (Derek Scott Hoxby). He physically tormented and frightened Sharon Newman (Sharon Case) in 2009 and framed Nick for his own faked death in 2010.

Adam worked again with Jack Abbott to destroy Newman Enterprises in 2013, then blackmailed Victor to make him CEO of Newman-Abbott in 2015. Adam was behind the Paragon Project in 2015 which was designed to destroy Victor. And he currently is poisoning him by swapping his medications for double dose ones, which no one even knows about yet except Phyllis Newman (Michelle Stafford). She helped him get Victor’s medical records by hacking into Dr. Nate Hastings’ (Sean Dominic) hospital tablet.

The Young and the Restless Spoilers: Billy Has DID, His Dark Side Comes Out, Chloe In Danger? @celebratesoaps #yr #Youngandrestlesshttps://t.co/MBJnrPdGtW

Y&R viewers can easily understand that Nick has very good reasons not to trust Adam just by looking at his history and past behaviors. Chelsea, on the other hand, seems to have blinders on, only seeing the good in Adam and not seeing him for all he really is. Other Y&R spoilers tease that the Newman family will soon receive shocking news. It may be about Victor’s health condition but it may also have something to do with the recent blood tests that Nate ordered.

Fall previews indicate that Victor’s war with Adam will take a shocking turn that will leave Nikki Newman (Melody Thomas Scott) devastated, and she will demand justice for Victor! When this comes to light, Nick will be the first to jump on the bandwagon against Adam, and because of Chelsea’s denial over Adam, it will cause issues between her and Nick!

Nick may remind Chelsea that in 2015 Adam drugged her own mother, Anita Lawson (Catherine Bach) and kidnapped their son Connor Newman (Judah Mackey). He may impress on her that if he did that in the past, how does she know that he will be safe around Connor and for that matter, Chelsea herself going forward?

The Young And The Restless Spoilers For Thursday, September 12: Zoe Under Arrest — Phyllis Scores a Win – Nate Has Victor’s Test Results

It sounds like Adam will be the prime suspect in Victor’s increasing medical issues as well should the blood tests show increased amounts of the medicine, or even worse, other substances that would indicate further tampering with Victor’s meds. Chelsea may no longer be able to deny that Adam has a dangerous, dark side when confronted with the truth!