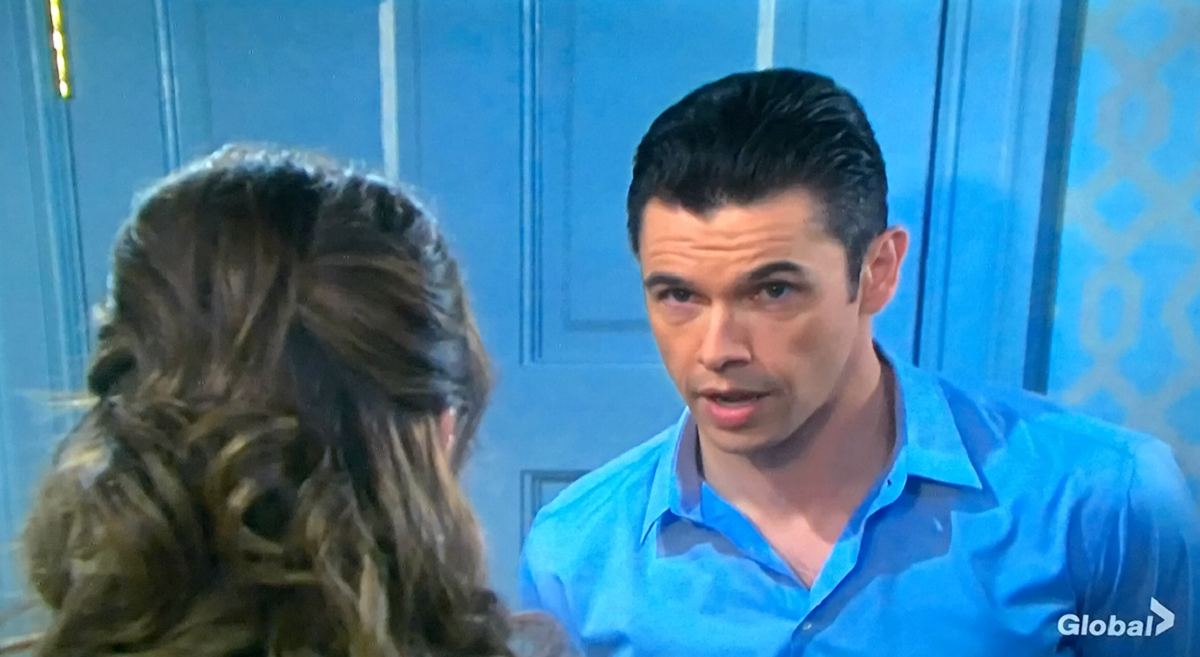 Days of Our Lives (DOOL) spoilers for Monday, September 16, tease that Vivian Alamain (Robin Strasser) will have to wiggle out of trouble.

Sonny Kiriakis (Freddie Smith) and Will Horton (Chandler Massey) just stopped Vivian in her tracks at the hospital. She’s in disguise and anxious to reach Kate Roberts’ (Lauren Koslow) bedside, but she’ll have to throw Will and Sonny off her trail first.

Vivian will indeed slip by “WilSon” and sneak in Kate’s room to finish her off. She won’t succeed in murdering Kate, but she’ll come pretty darn close. Days of Our Lives spoilers say Vivian will attempt to smother Kate, which will lead to a coma for her enemy. Kate’s friends and family members are sure to be devastated when they hear this horrible news.

Days of Our Lives Spoilers: Kristen Presses Xander About Sarah’s Baby – Will Villainess Consider Another Fetus-Napping?

In the meantime, let’s talk about Sarah Horton’s (Linsey Godfrey) pregnancy. Xander Cook (Paul Telfer) just admitted he’s in the loop on Sarah’s big secret. Days of Our Lives spoilers say he’ll do something to show Sarah how committed he is. Xander will make it crystal clear that he’s all in on helping her. He’ll probably offer to pose as the “baby daddy” if Sarah needs another option.

Sarah will actually be touched by this level of devotion, but she’ll decide to terminate her pregnancy later in the week. She’ll move forward with that plan eventually, but Days viewers know plans tend to go awry in Salem! Over with Nicole Walker (Arianne Zucker) and Eric Brady (Greg Vaughan), they’ll hit the sheets after a long drought. Eric and Nicole’s reunion will be sealed as they make love at last.

While “Ericole” fans get the scenes they’ve been waiting for, Jack Deveraux (Matthew Ashford) will rip into Eve Donovan (Kassie DePaiva). He’s convinced Eve’s at fault for the lab destruction, which brought a major serum setback.

Jack will accuse Eve in Monday’s DOOL episode, but she’ll deny having anything to do with it. Eve will push Jack to find someone else to blame and leave her alone.

Days of Our Lives Spoilers: Fans Debate As Sarah Cries Over Unplanned Pregnancy – Should We Feel Sorry for Her? https://t.co/JBI36v6SbP pic.twitter.com/MiATHz8ZN8

It turns out Dr. Henry Shah (Piter Marek) is actually responsible for all this, but there’s much more drama to come. Dr. Shah will kidnap Jennifer, so don’t miss all the action happening in the week ahead.

We’ll give you updates as other Days details and rumors emerge. Stay tuned to DOOL and don’t forget to check back often for the latest Days of Our Lives (DOOL) spoilers, rumors, updates, and news.