Days of Our Lives Spoilers: Kidnapped Jennifer Finds A Way To Send Message To Jack – But Will He Get There In Time? 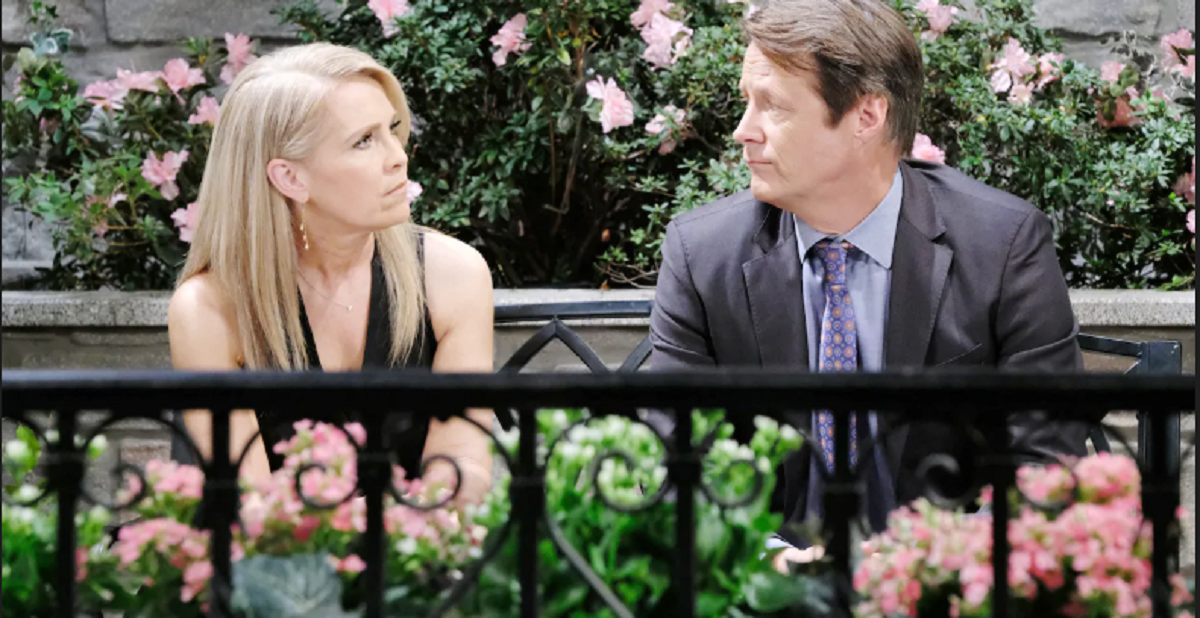 Days of Our Lives (DOOL) spoilers reveal Jennifer Horton (Melissa Reeves) gets kidnapped. However, she manages to send Jack Deveraux (Matthew Ashford) a message. Will he get there in time in order to save the woman he loves? Is this what was needed to push Jack and Jennifer to get back together?

For the past week, fans have been speculating on Jennifer Horton’s kidnapping. It was assumed that the only person responsible was Eve Donovan (Kassie DePaiva). Well, the writers threw a curveball. Eve isn’t responsible for abducting Jennifer. In a surprise plot twist, it turns out Dr. Henry Shah (Piter Marek) isn’t as sweet as he seemed.

Days of Our Lives spoilers tease Jennifer attempts to save herself. She is able to get one hand untied in order to send a message. Out of all the people in Salem, she contacts Jack Deveraux. She sends him her location while Henry is out of the room. However, will she get caught? He plans on killing the Salem Spectator reporter. This certainly is a change in his character. He went from being a romantic doctor to a crazed lunatic.

Days of Our Lives Spoilers: Vivian Tries to Finish Off Kate – Who Saves Her After Second Attempt?

Will Jack Deveraux be a Hero?

According to DOOL spoilers published in the latest issue of Soap Opera Digest, Jennifer ends up out of her situation. Sending Jack her location was the right thing to do. He and JJ Deveraux (Casey Moss) have been worried about the reporter.

She just disappeared, which is totally out of character for her. They knew something was wrong, but what do you do when she hasn’t been missing long enough for police to get involved? Due to Jennifer sending Jack a message with her location, she is able to be rescued. It seems that it happens just in time, too.

Days Of Our Lives Spoilers: Jennifer’s Captor Is Revealed — An Unexpected Twist Is Going To Rock Salem! https://t.co/SJ6bJtvc2j pic.twitter.com/ZTLSDRFjO2

Days of Our Lives spoilers tease that fans never saw Dr. Henry Shah’s dark side. After all, he always seemed so understanding, patient and kind. He was only interested in her and didn’t comprehend why she could never get over Jack. It seems that Jack and Jennifer are truly meant to be together. Dr. Shah’s evil act might be just the push that they needed to reunite as a couple, just like they were meant to.