Days of Our Lives Spoilers: Lucas Is Devastated By News Of Kate’s Condition — Is She Brain Dead? 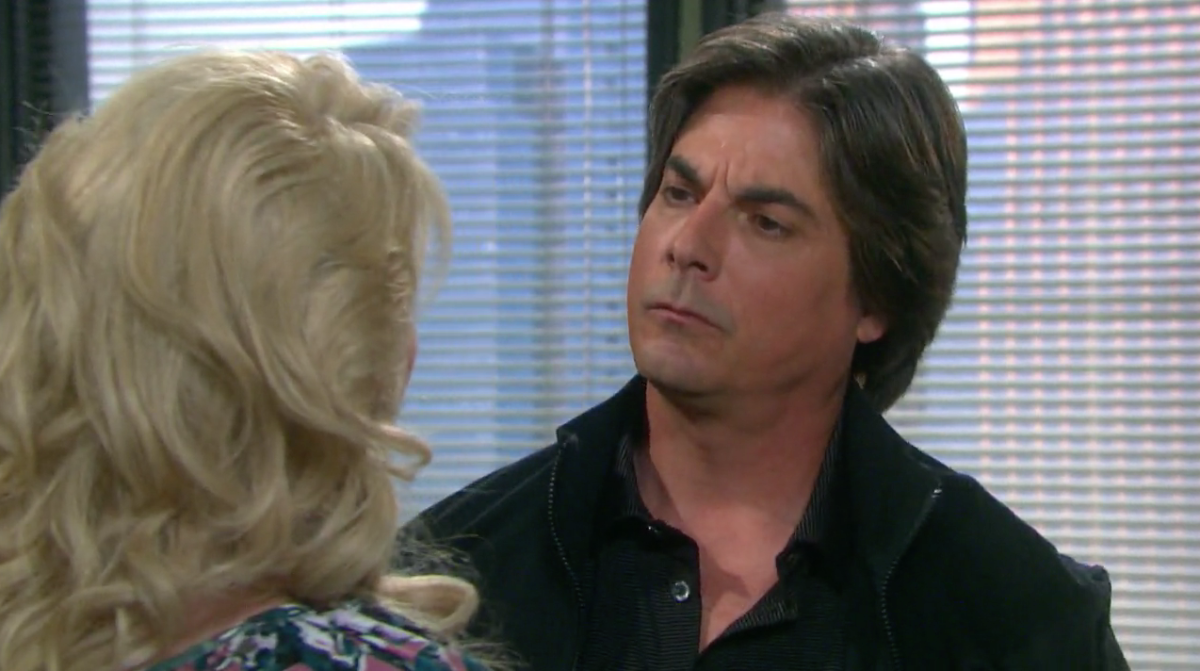 Days of Our Lives spoilers tease that Lucas Horton (Bryan Datillo) will be devastated by news of his mother Kate Roberts DiMera’s (Lauren Koslow) condition as he returns to Salem to be with her!

The Days of Our Lives Fall Preview video shows Lucas weeping on Dr. Kayla Johnson’s (Mary Beth Evans) shoulder as he comes into Salem University Hospital after being called about his mother Kate having been shot. The video also shows Kayla telling someone that there is no neurological activity, in other words, a patient is brain dead, but it is difficult to tell if she is talking about Kate or not.

The patient she is referring to in the video maybe someone else not yet confirmed in Days of Our Lives spoilers. However, other spoilers do say that Vivian Alamain (Robin Strasser) will sneak into Salem University Hospital and try to finish the job!

Kate DiMera was already near death by the time she reached the hospital, where Kayla and Jennifer Horton (Melissa Reeves) were talking as she stumbled out of the elevator. Vivian had held “Melinda”, her gun on Kate as she forced her to St. Luke’s Cemetery where she shot her into a freshly dug grave and filled it in on top of Kate.

She was shot very close range and viewers will recall Kayla saying that there was a lot of internal organ damage, not to mention the threat of infection from the dirt from the grave getting into the through-and-through wound in her stomach. Kayla asked her several times who did this to her but she was unable to answer until she was alone in the room momentarily, and viewers saw her whisper, “Vivian”.

Days of Our Lives Spoilers: Brady’s Demons Return – Can He Fight Temptation After Being Traumatized by Kristen? https://t.co/XaPFw60ZfZ pic.twitter.com/aR4z28mklf

As Days of Our Lives viewers will recall, Vivian no longer has “Belinda” to help her finish killing Kate; her son Stefan DiMera (Brandon Barash) took it away from her upon her telling him she killed Kate (or thought she had) and buried her!

Longtime viewers will recall this is not the first time Vivian has buried someone alive; as noted in a recent episode by Sarah Horton (Linsey Godfrey) she buried Maggie Horton Kiriakis (Suzanne Rogers) alive in a sarcophagus, and also buried Carly Manning (Crystal Chappell) alive in 1993, over twenty-five years ago, when she became involved with Vivian’s nephew, Lawrence Alamain (Michael Sabatino) and Vivian didn’t like it!

Carly did survive and moved away from Salem, and obviously, Maggie survived being buried in the sarcophagus, but neither Carly nor Maggie had been shot first, but merely buried. Carly also had been buried alive in a coffin whereas Kate was just buried in dirt, plus shot!

While it is unsure if Kayla is referring to Kate as the brain dead patient in the Fall Preview video, if Vivian smothers her with pillows and her brain is deprived of oxygen long enough, this could be the case!

Stay tuned to Days of Our Lives and keep checking DOOL spoilers frequently for all the latest news, updates and developments!