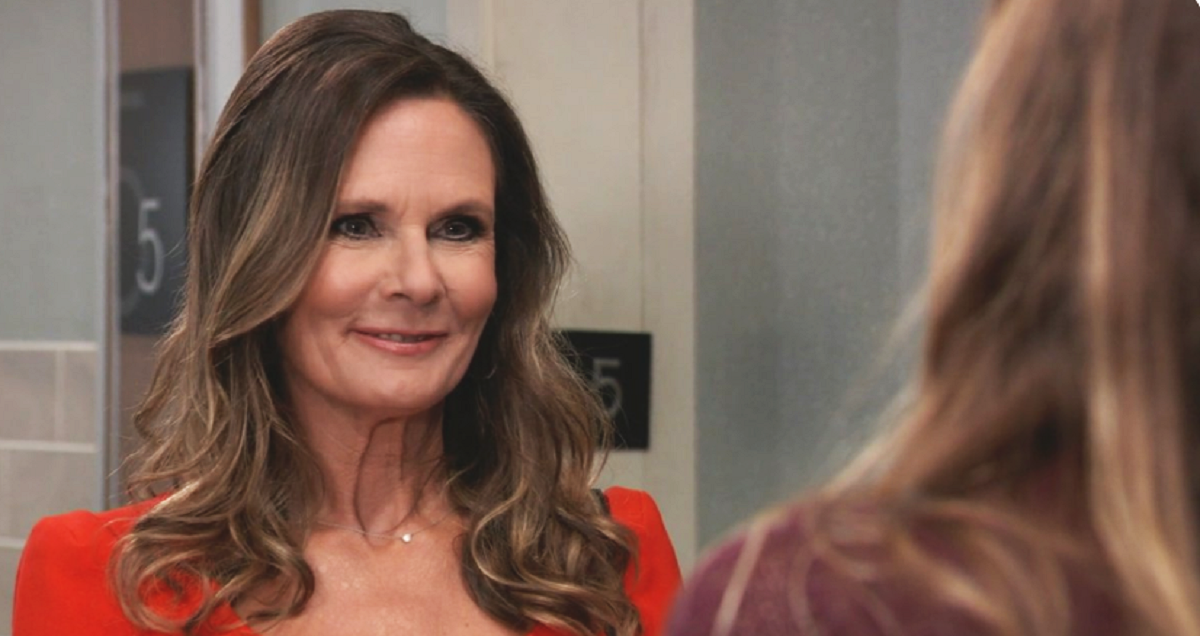 General Hospital’s Laura Webber (Genie Francis) refuses to work with Curtis Ashford (Donnell Turner) without more information. Curtis is looking for a piece of paper and will tell Laura the whole story when he finds it. Laura tells Curtis that the Haunted Starr is another place Helena Cassadine (Constance Towers) could have left something. Laura and Curtis arrive on the Haunted Starr. Laura explains how the Spencers got the boat. Curtis and Laura begin to search the boat.

General Hospital’s Peter August (Wes Ramsey) and Valentin Cassadine (James Patrick Stuart) are getting fitted for their wedding outfits. Peter wants Valentin to confide in him. Peter questions what Liesl Obrecht (Kathleen Gati) has on Valentin. Valentin thinks Peter has something he needs to talk about with him. Valentin urges Peter to make peace with his past and move on with the future. Maxie and Peter meet, she tells him about her meeting. Peter tells Maxie he and Valentin talked. Peter wants to let it all go and focus on the future.

General Hospital Spoilers: Shiloh Testifies In His Own Defense– Will He Throw Peter Under The Bus?

Lucy plans to relaunch Deception with Sasha as a model. Lucy is contacting her investors to prepare. Sasha has no modeling experience. Sasha isn’t ready to commit to anything. Sasha needs time to consider Lucy’s offer. Michael tells Sasha not to let Lucy force her into anything. Sasha wants to get out of the hospital. Nina tells Valentin about Sasha’ job offer. Liesl interrupts.

General Hospital’s Liesl and Sasha go to get a wheelchair. Liesl tells Sasha becoming a spokesperson is a bad idea. Liesl explains that magazines will do stories on her and the truth will come out. Michael overhears the conversation. Sasha tells Michael it is time he learns the truth. Sasha takes Michael into a room, to be honest with him. Sasha can’t keep lying, Michael deserves the truth.

General Hospital’s Julian goes by Alexis Davis (Nancy Lee Grahn) office to say goodbye. Julian and Alexis have a rich past. Julian didn’t become a better person just because of Kim Nero (Tamara Braun). Julian could have never been a better person without Alexis. Alexis encourages Julian to stay the man he is now. Alexis and Julian discuss their past. Alexis wants Julian to have a good life. Julian isn’t sure he is over Alexis. Julian and Alexis hug and he leaves.

General Hospital’s Dustin Phillips (Mark Lawson) arrives and joins Lulu. Dustin liked Lulu’s article on the wine tasting. Lulu isn’t getting to write about what she wants to. Lulu gives Dustin a tour of the Haunted Starr. Somebody seems to be watching Lulu and Dustin.

Lulu tells Dustin the kids really like him. Dustin wants to take the Haunted Starr out one day. Dustin brings up a ghost they can look for on their voyage. Lulu and Dustin kiss. Dustin pulls away and apologizes, Lulu doesn’t want him to stop. Laura and Curtis find Lulu and Dustin in bed.