General Hospital Spoilers: Shiloh Testifies In His Own Defense– Will He Throw Peter Under The Bus? 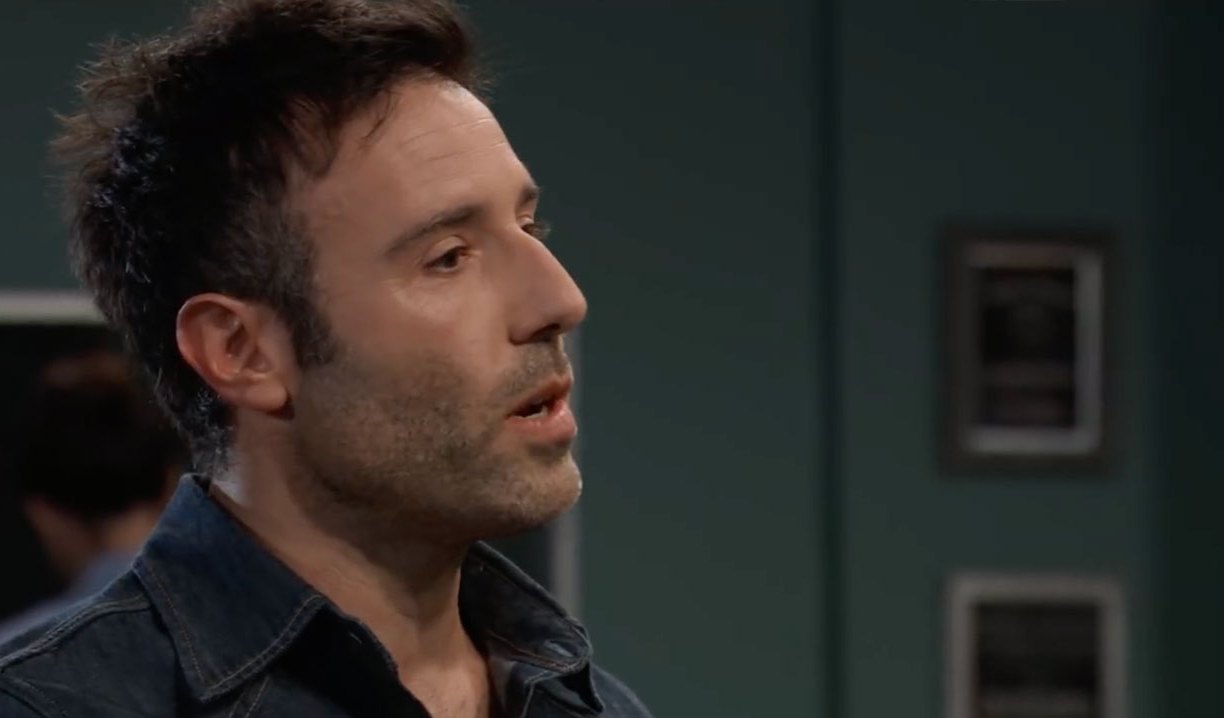 General Hospital spoilers tease that Shiloh Archer’s (Coby Ryan McLaughlin) court date will be coming up soon, and Shiloh plans to testify in his own defense!

Shiloh thinks much too highly of himself and his abilities if he thinks he is going to win against the strong case that District Attorney Robert Scorpio (Tristan Rogers) is building against him! He may still have the legal aid (free) attorney provided for him under his Miranda rights, but if he is planning to testify in his own defense, either he “fired” his free attorney or he is going against counsel to do so. And as the saying goes, any man who acts as his own attorney has a fool for a client!

GH Spoilers – Robert Scorpio Does Not Plan To Lose His Case

Robert Scorpio does not plan to lose this case and let this slimeball walk, and he is not likely to go for any plea bargain deals either. The only possible way that Shiloh could get out of these charges would be if the judge is in his pocket, and Shiloh’s pockets are empty. The Dawn of Day has disbanded, and with Lorraine Miller, formerly known as “Harmony” (Inga Cadranel) behind bars, it is doubtful that the Beecher’s Corners location is open either. Shiloh had one loyal follower, Daisy Kwan (Kelsey Wang) who spent her trust fund on Shiloh and now even she seems to be out of the picture, the last time she was seen telling him she couldn’t do any more for him.

General Hospital Spoilers – So What Are Shiloh Archer’s Laundry List Of Charges?

Robert probably plans to charge Shiloh with as many crimes as possible, and that’s a lot of crimes! Kidnapping, extortion, sex slavery, fraud, drug crimes, murder, honestly, it is difficult to think of any crimes that Shiloh hasn’t committed! If proof could be found and it isn’t beyond any statute of limitations, charges of treason against the United States may still be possible, if Franco Baldwin’s (Roger Howarth) transferred memories from pre-2012 Drew Cain (Steve Burton) could be taken under consideration as evidence.

Of course the money itself would probably have been considered evidence and unfortunately, the real Drew Cain (Billy Miller) isn’t around anymore. He would have been better off just to have turned the money into NCIS (Naval Criminal Investigative Service) and let them handle it instead of being noble about it and trying to help Afghani citizens. It would have qualified as their jurisdiction since Shiloh’s accomplice, Charles “Tex” Owens (uncast character) even though dead, was a Navy Seal.

Peter August (Wes Ramsey) should NOT have made the mistake of trusting that Shiloh would keep his part of the bargain and not rat him out anyway if things don’t seem to be going that well for him as he testifies in his own defense in court! Shiloh keeps his eyes and ears open and undoubtedly knows that Robert has a prejudice against “Heinrik Faison” and will never believe that he had ever tried to change himself.

Robert thinks evil is genetic and therefore discounts any good that may have come through from Anna Devane (Finola Hughes), and that may just be Shiloh’s ace in the hole to try to make a deal with Robert; to rat out Peter to him!