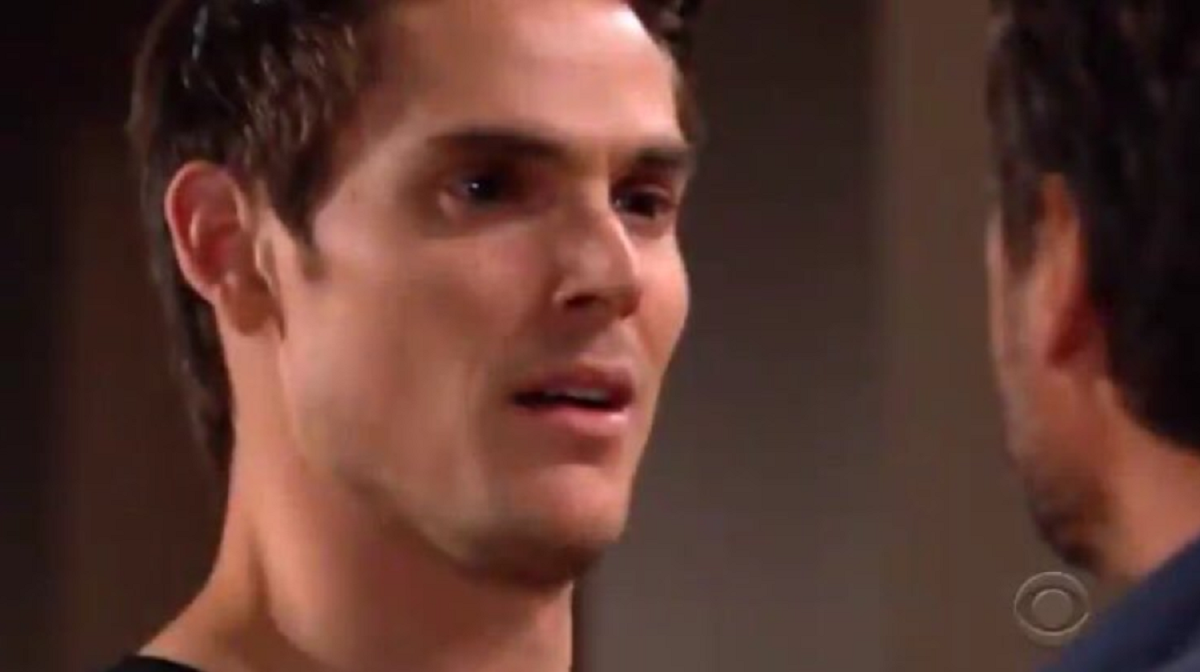 The Young and the Restless (Y&R) spoilers for Monday, September 16, tease that the Newmans will reel over a crushing blow. At the ranch, Adam Newman (Mark Grossman) is in shock along with the rest of the family. Abby Newman (Melissa Ordway), Summer Newman (Hunter King), Nikki Newman (Melody Thomas Scott) and Nick Newman (Joshua Morrow) are all on hand to mourn a devastating loss.

Adam can’t believe that it all happened so fast. He wonders how it’s possible that Victor’s dead. Nick contends that Adam is to blame. He feels Adam was hung up on revenge while Victor was fighting for his life. Adam rushes to his own defense and he argues that they all had their problems with Victor. Nikki interjects to point out that there was love in their family as she fights tears.

After the others leave the room, Adam and Nick continue their argument. Despite what Nick thinks, Adam notes that he’s in pain as well. He pushes Nick to let him help find Victoria Newman (Amelia Heinle), but Nick turns him down. The confrontation shifts to Victor’s need to control all his children. Nick admits their dad was hard to please, but he thinks Adam was Victor’s biggest disappointment.

Adam keeps trying to spin this, but Nick doesn’t care about his crocodile tears. He mentions the autopsy and warns someone’s going to pay the price if there was foul play. Later, Adam returns to his penthouse and finds Phyllis Summers (Michelle Stafford). She’s floored when Adam reveals that Victor is dead.

Phyllis considers the possibility that Adam did this with his pill swap plan. She quickly adds that maybe Adam had nothing to do with it, but Adam isn’t looking for her compassion. Phyllis touches base with Summer over the phone before they resume their conversation. She connects with Adam since she knows what it’s like to be exiled.

Phyllis decides she’ll give Adam some alone time, but he expresses gratitude before she heads out. Adam is struggling to imagine a world without Victor in it. Back at the ranch, Nick consoles Summer before mentioning that he told Noah Newman (Robert Adamson). He plans to fill Faith Newman (Alyvia Alyn Lind) in later, too.

Nate Hastings (Sean Dominic) promises he did everything he could to help Victor. Nikki wants Nate to stay and eat with them, so he heads into the kitchen with the gang. Before Nikki and Nick join them, they stay behind for a moment to exchange a somber look. Nick pulls Nikki close as they ultimately leave the room.

The Young and the Restless Spoilers Monday, September 16: Adam Is Distraught By Victor’s Death – Billy Remembers The Accident – Jack & Sharon Connect At The Spa https://t.co/zhLPZVXIkg pic.twitter.com/qz8ZNnHeoJ

At the boathouse, Victoria tries to get through to Billy Abbott (Jason Thompson). He doesn’t remember their earlier conversation, so Victoria confesses it was like talking to someone else. Billy doesn’t think he could’ve attempted to murder Adam. Victoria pushes Billy to admit something’s broken within him, and he eventually flashes back to just before the crash.

Billy recalls nearly driving that night as well as Victoria pointing out his gum habit. He’s a mess as he scrambles out of bed and falls. Victoria helps Billy back in bed and urges him to trust her. She wants Billy to admit he was the one who tried to kill Adam, so he lets himself recall the incident and breaks down in tears.

In Arizona, Jack Abbott (Peter Bergman) is taken aback to find Sharon Newman (Sharon Case) at the same spa retreat. They opt to skip their activities and just catch up. Jack is ecstatic that his fresh start is beginning with a familiar friend. He opens up about reflecting on Dina Mergeron (Marla Adams) and her decision to leave their family. Jack gets that maybe her reasons were more complicated than he thought.

Sharon confides about her relationships and how they’ve defined her over the years. Jack has done the same, so they bond as they chat. Sharon doesn’t think things were ever really meant to be with Rey Rosales (Jordi Vilasuso) and can’t deal with Adam’s destructive energy. She trades some cracks with Jack about their own failed marriage and establishes that they’re glad they ran into each other. Jack and Sharon end their chat with a toast to fate.

The Young and the Restless spoilers say there are other surprises in store – like the fact that Victor’s death is fake. It’s all an elaborate plot, but the details will bring even more twists and turns. We’ll give you updates as other Y&R news and rumors emerge. Stay tuned to see what’s next on the CBS soap.