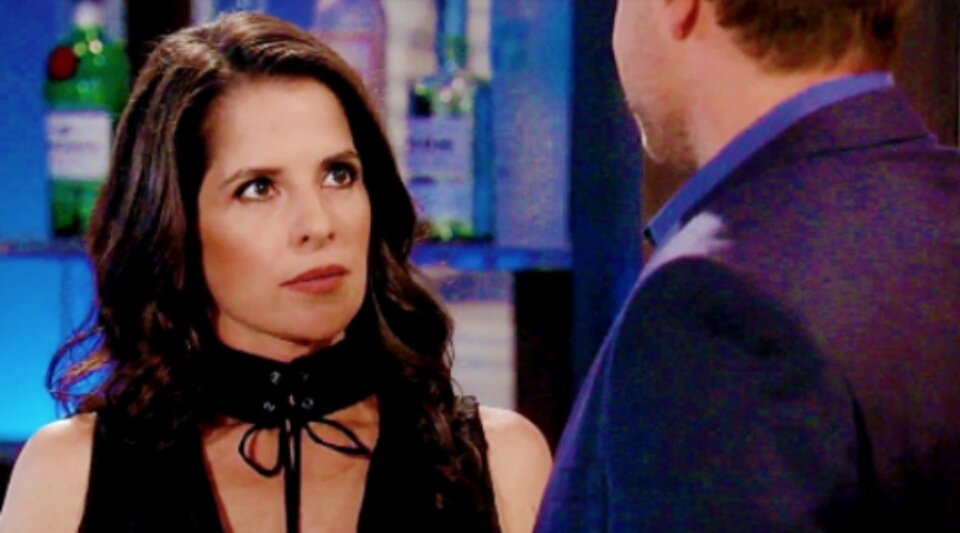 General Hospital spoilers tease that Samantha McCall (Kelly Monaco) will rush to investigate some trouble aboard The Haunted Star, but is it a trap?

General Hospital Spoilers – There Is Someone Hiding Out On The Haunted Star, Which Has Been Closed For Repairs

General Hospital viewers will recall from Friday, September 13th’s episode that Lulu Spencer (Emme Rylan) and Dustin Phillips (Mark Lawson) were kissing passionately as someone was watching from off-camera. This was probably Cassandra Pierce, (Jessica Tuck).

After Laura Collins (Genie Francis) and Curtis Ashford (Donnell Turner) stumbled in on the two of them in bed, Laura and Curtis will also discover Cassandra, who hides in a closet and holds a gun on her and Laura and Curtis wrestle it away from her and bring her into the Port Charles Police Station! But if Cassandra could have gotten onto The Haunted Star and hidden out there, so could someone else – or maybe two or three someone elses!

Shiloh Archer (Coby Ryan McLaughlin) was out of Pentonville Prison in court prior to the situation that has Sam rushing to The Haunted Star, and General Hospital viewers will recall that he and Nelle Benson (Chloe Lanier) were plotting what sounded like an escape in another recent episode; and they may team up with Ryan Chamberlain (Jon Lindstrom) who is an escape expert and the three may team up, and what better place to hide out than The Haunted Star? Lulu has it closed for renovations and repairs, and apparently nothing is locked up since Cassandra was able to sneak in.

However, even if it is surely between Shiloh, Ryan and Nelle someone knows how to pick a lock and get in! As Laura mentioned to Curtis, there are all kinds of hiding places on The Haunted Star, which she is very familiar with and where they were searching for the codicil to Mikkos Cassadine’s (John Colicos) will when they stumbled in on Lulu and Dustin in bed and later discovered Cassandra as well! The terrible trio could have planned their escape to coincide with Shiloh’s court date, and snuck onto the prison van, which likely transported him to court.

General Hospital Spoilers – It Would Be Shiloh Archer’s Idea To Draw Sam McCall Into A Trap!

It would definitely be Shiloh’s idea to draw Sam into a trap, while Ryan and Nelle would be putting their focus elsewhere, although they may be hiding out on the boat. General Hospital viewers know that Ryan is very familiar with The Haunted Star, having murdered Kiki Jerome (Hayley Erin) and hidden her body there in Curtis and Jordan Ashford’s (Briana Nicole Henry) honeymoon stateroom there!

A mention was made of that very fact by Curtis when talking to Laura in Friday, September 13th’s episode, which could be a hint that Ryan will be back soon and hide on the boat! In the same episode, there was also a mention of the search for Drew Cain (Billy Miller) having been given up so that could be a clue that Shiloh might trick Sam into coming with a mention of Drew, since Sam has a child with him. But when Sam arrives, there will be no Drew and Sam will be trapped and Jason Morgan (Steve Burton) will be unable to reach her!