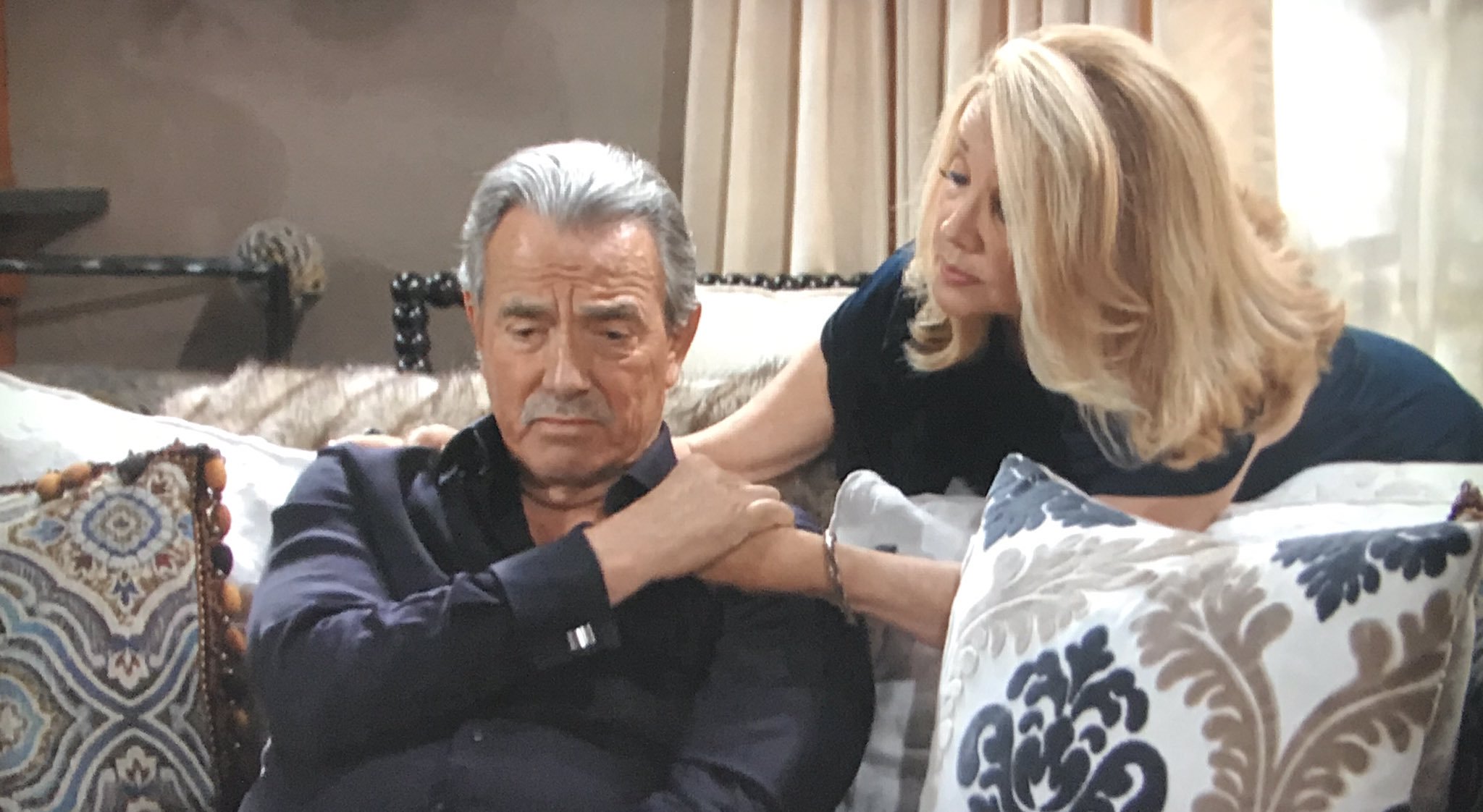 Last week on The Young And The Restless (Y&R), viewers were treated to a classic, no-holds barred, anything goes soap party. After Zoe Hardisty (Anna Grace Barlow) spiked the Grand Sangria with a drug called Molly, party goers at Y&R’s Grand Phoenix Hotel launch party suffered hallucinations and a couple of them even passed out. Also, Victor Newman’s (Eric Braeden) side effects got much worse, thanks to Adam Newman’s (Mark Grossman) double dosage pill switch.

But was it all a con? Victor is no dummy, so he must have realized something was very wrong with his meds when he started to experience the severe side effects.

Young & The Restless Recap – Pulling A Fast One On Adam Newman

And coincidentally, it all began just after Adam had paid him a visit. It also seems hard to believe that Nate wouldn’t have confided in Victor that he thought Adam had swiped his tablet. So, did Victor and Nate conspire to pull a fast one on Adam?

Speaking of pulling a fast one, Zoe Hardisty’s mass drugging at Y&R’s Grand Phoenix Hotel launch party had some intended and unintended consequences. As party goers indulged in the signature Grand Sangria cocktail, they began acting more and more out of character. Mariah Copeland (Camryn Grimes) and Tessa Porter (Cait Fairbanks) kept touching each other’s hair, marveling at how soft it was.

Sharon Newman (Sharon Case) seemed in awe at what a good man Rey Rosales (Jordi Vilasuso) is, just before she gave him a kiss and passed out in his arms. Devon Hamilton (Bryton James) also had a few too many drugged sangrias and ended up having another panic attack.

But the highlight was Summer Newman (Hunter King) planting a kiss on Kyle Abbott (Michael Mealor), right in front of a very jealous Lola Rosales (Sasha Calle). To her credit, Lola seemed to get over it quickly, but there will be more trouble on the way for Kola on Y&R in the coming weeks.

Later in the week, Phyllis Summers (Michelle Stafford) got her justice. She recorded Zoe’s confession to the drugging, which also included the delicious details of how Kyle and Theo Vanderway (Tyler Johnson) let her get staggering drunk at a party and unceremoniously dumped her in front of an ER.

Thanks to recording Zoe’s confession, Phyllis used it as a bargaining chip with Abby and Chelsea Newman (Melissa Claire Egan) and managed to procure herself a 25% stake in the Grand Phoenix. “That is what happens when you cross Phyllis Summers,” she told the unhappy pair. Then she lured Zoe to the hotel, where she was arrested by Rey and Paul Williams (Doug Davidson). Zoe didn’t seem to understand the seriousness of the charges. As Rey cuffed her, she told him to watch it, as she had just gotten a manicure!

Do you think Kyle’s secret will come out soon, now that Phyllis is privy to it? And do you think Victor’s collapse was just a con? Let us know in our comments section.