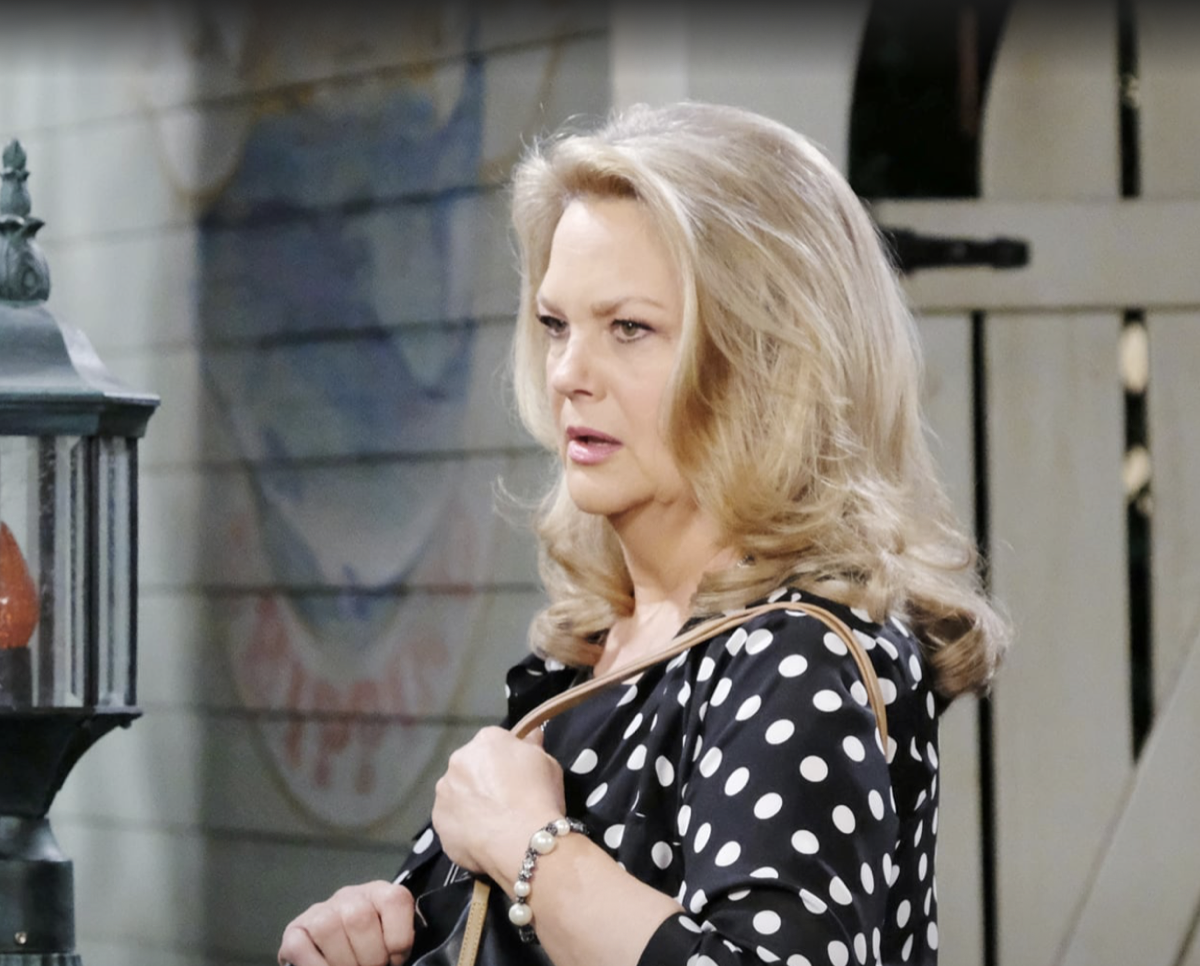 Days of Our Live (DOOL) spoilers for the week of Monday, September 18 through Friday, September 20, 2019 reveal it is pretty impossible to Kate Roberts DiMera (Lauren Koslow), when Vivian Alamain (Robin Strasser) makes another attempt at killing her arch nemesis.

Her attempts seem futile as Lucas Roberts (Bryan Dattilo) returns to Salem upon learning how dire his mother, Kate’s condition is. Vivian should learn to keep her mouth shut or keep her conversations with her son, Stefan DiMera (Brandon Barash) in solitude because unfortunately for them, Will Horton (Chandler Massey) overhears a very important, private convo between the mother/son duo.

DOOL sources tease that Dr. Sarah Horton (Linsey Godfrey) gets very emotional when it comes to how much of a help Xander Cook Kiriakis (Paul Telfer) has been towards her. He is extremely devoted to her, completely unaware that he knows her secret. Sarah will make a decisions about her pregnancy and baby by the end of the week; just as Kristen pushes Xander to reveal what he knows about Sarah and her pregnancy. Will he betray the woman he adores to score points with his sister?

Days Of Our Lives Spoilers: What’s Next for Sonny and Will?

Days Of Our Lives Spoilers – Jordan Ridgeway Returning To Salem

Jordan Ridgeway (Chrishell Stause Hartley) will also be returning to Salem early in the week, fans of the NBC soap opera will not want to miss out on what the vixen is up to next! Ben and Ciara Brady (Victoria Konefal) are for the shock of their lives when they learn Ben’s sister, Jordan has been released. Meanwhile, Rafe Hernandez (Galen Gering) will remain very concerned for baby David, and is stuck sitting back, waiting to hear news on the little boy.

Days of Our Lives spoilers show Jack Deveraux (Matthew Ashford) has a battle of his own on his hands when he angrily accuses his estranged wife, Eve Donovan Deveraux (Kassie DePaiva) of destroying the hospital’s lab and hindering the results. Gabie Hernandez DiMera (Camila Banus) has tried to make peace with Julie Olson Williams (Susan Seaforth Hayes), but the two end up in another argument.

In other DOOL spoilers, Anna DiMera (Leann Hunley) works desperately to get Kristen DiMera (Stacy Haiduk) to give her brother and Anna’s love, Tony DiMera (Thaao Penghlis) his freedom. Trouble continues to brew for Jennifer Horton (Melissa Reeves) as her son, JJ (Casey Moss) and ex-husband, Jack grow increasingly worried about Jennifer and her whereabouts just as it is revealed who had abducted her.

Be sure to tune into NBC’s Days of Our Lives on Monday, September 16, 2019 to catch up on all the exciting stories unfolding in Salem right now. Check Hollywood Hiccups often for updates, news, rumors and spoilers!